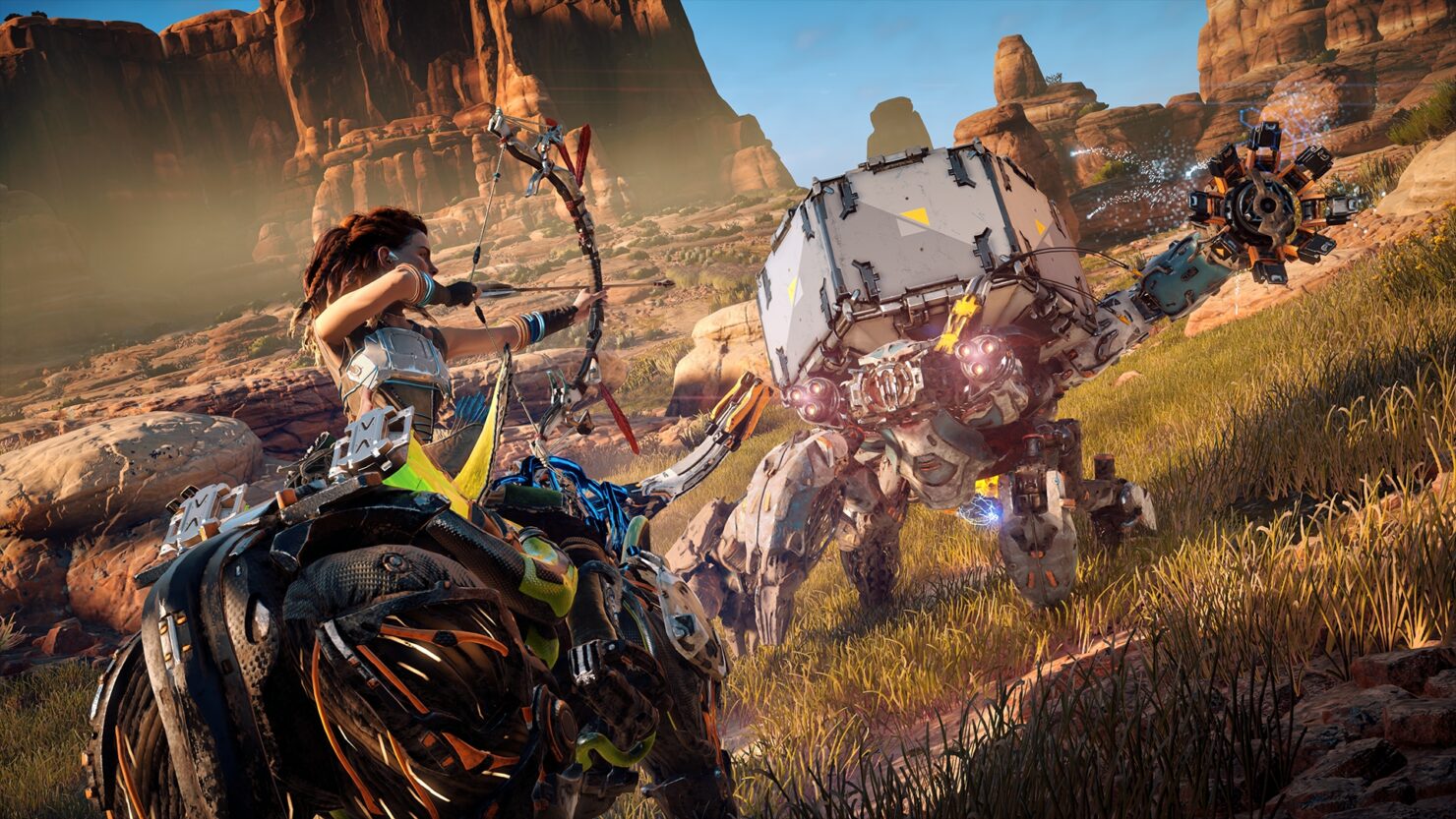 ORIGINAL STORY - Horizon Zero Dawn, the upcoming game currently in development by Guerilla Games exclusively for PlayStation 4, is one of the best looking games launching next year. If you haven't had enough of looking at the game's beautiful landscapes, you will be happy to know that a new set of gorgeous screenshots have been made available online.

The new Horizon Zero Dawn screenshots, which can be found right below, showcase some of the game's enemies and locations. We don't know if the screenshots have been taken from the game running on PlayStation 4 Pro, but one thing is certain: they look great.

Last month, Sony and Guerilla Games have shown more of Horizon Zero Dawn during the PlayStation Meeting. During the event, 4K gameplay footage from PlayStation 4 Pro also emerged online, highlighting how much better the game runs on the soon to be released console compared to the regular PlayStation 4 model.

Last month, players who have attended the Brasil Game Show and PAX West have had the chance to try out Horizon Zero Dawn, later sharing videos of the demo available during these events. According to some of them, Horizon Zero Dawn is going to be an impressive game, with a very smooth gameplay experience and excellent presentation. The game still hasn't been detailed in full, but things are definitely looking good for it so far.

Horizon Zero Dawn launches on February 28th in all regions on PlayStation 4 consoles. We will keep you updated on the game as soon as more comes in on it, so stay tuned for all the latest news.