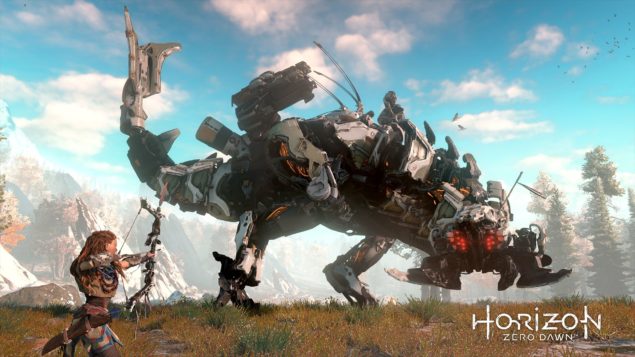 Below is a list of the information they learned exactly as detailed by gameradar's Leon Hurley, who conducted the interview: 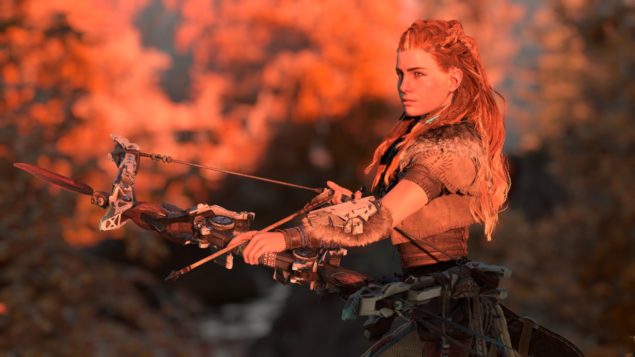 In a lush, vibrant, post-apocalyptic world, colossal mechanized creatures roam a landscape that they have torn from the grip of mankind. Human evolution has, over time, regressed to a tribal hunter-gatherer existence, surviving amongst towering forests, imposing mountain ranges and the atmospheric ruins of a bygone civilisation – while the savage machines have become all-powerful.

Players take control of Aloy, a skilled hunter who relies on speed, cunning and agility to stay alive and protect her tribe against the strength, size and raw power of the machines. 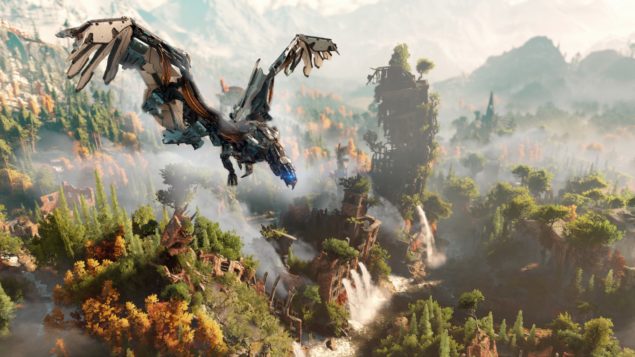 Horizon Zero Dawn is an exhilarating new action role-playing game exclusively for the PlayStation 4 system, developed by the award-winning Guerrilla Games, creators of PlayStation’s venerated Killzone franchise. As Horizon Zero Dawn’s main protagonist Aloy, a skilled hunter, explore a vibrant and lush world inhabited by mysterious mechanized creatures. Embark on a compelling, emotional journey and unravel mysteries of tribal societies, ancient artifacts and advanced technologies that will determine the fate of this planet, and of life itself.

We will bring you any new information on Horizon: Zero Dawn, as soon as it becomes available.