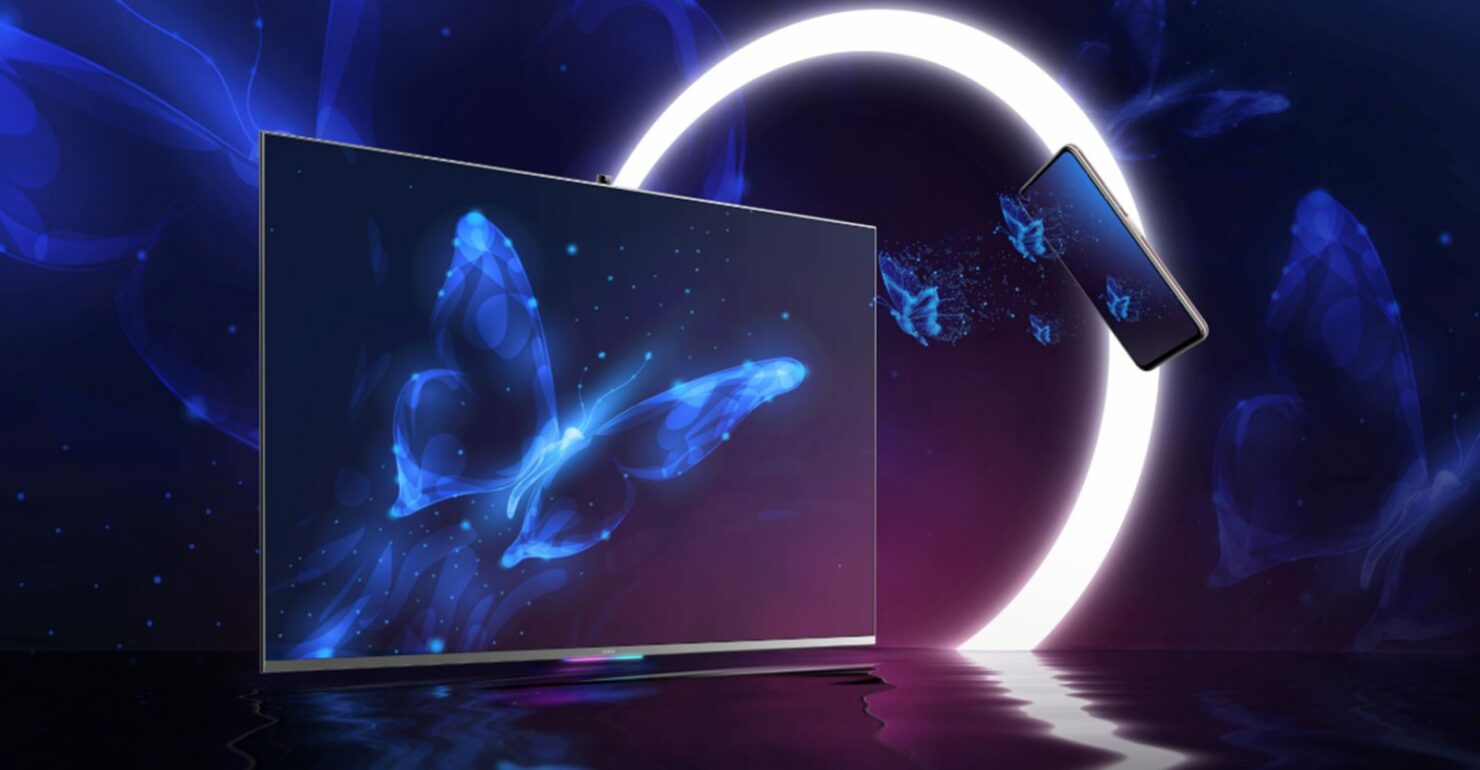 HarmonyOS was only announced yesterday, and it didn’t take long for Huawei to make an effort to encourage users to gravitate to the custom operating system. The Chinese giant will attempt to do this with the launch of the Honor Vision and Honor Vision Pro, two smart TVs running the company’s HarmonyOS platform. An initial report stated that the first product type running this operating system would be an Honor-branded TV, and it looks like information stemming from that report was right on the money. Let us take a look at more details of both models from a features and pricing perspective to see if customers might see any value to make a purchase.

Both the Honor Vision and Honor Vision Pro feature a 55-inch 4K display, covering 87 percent of the NTSC wide color gamut. The displays have a 16:9 aspect ratio, meaning the resolution measures 3840 x 2160 pixels. The maximum refresh rate is 60Hz, with 400 nits of brightness and a 178-degree viewing angle. Both smart TVs are responsive too as Honor states that it will take just one second to power them on from the button present on both models.

In terms of design, Honor claims that both TVs are lightweight and only feature 6.9mm of thickness. Featuring razor-thin bezels from three sides, the Honor Vision Pro also has a 1080p pop-up camera that emerges when you want to video call. There’s also a ‘diamond’ shaped textured finish at the back, but it’s very unlikely you’ll be purchasing any model to gaze at the rear end. 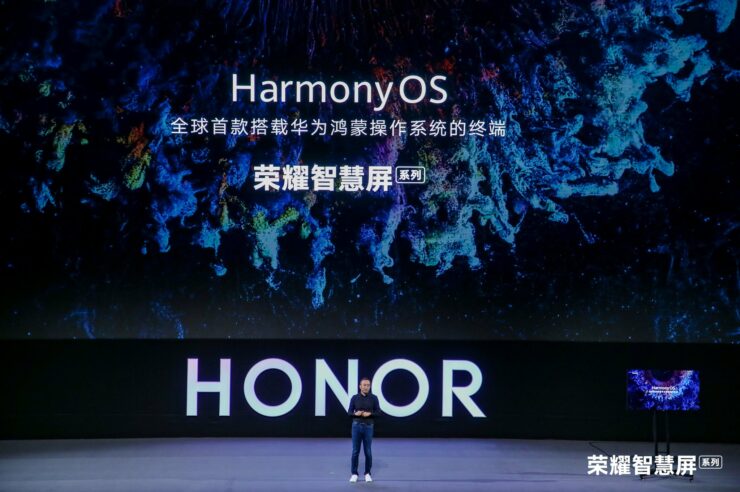 Both models are powered by Huawei’s 28nm Honghu 818 SoC, which is running a quad-core processor (2 x ARM Cortex-A72, 2 x ARM Cortex-A53, Mali-G51 GPU with a 600MHz clock speed, and 2GB RAM) and is responsible for the processing of both video and pictures that you will view on the large screen. The GPU supports H.265 video playback at the 4K resolution, and at 60FPS.

The regular Honor Vision features four 10W speakers, while the Pro variant houses six of the same speakers. Both models also provide support for Hi-Res Wireless Audio, Bluetooth 5.0, and something called Huawei Histon surround audio effect. These smart TVs are also outfitted with six microphones so that they are able to catch the clearest of voice commands for when you summon the YoYo assistant. 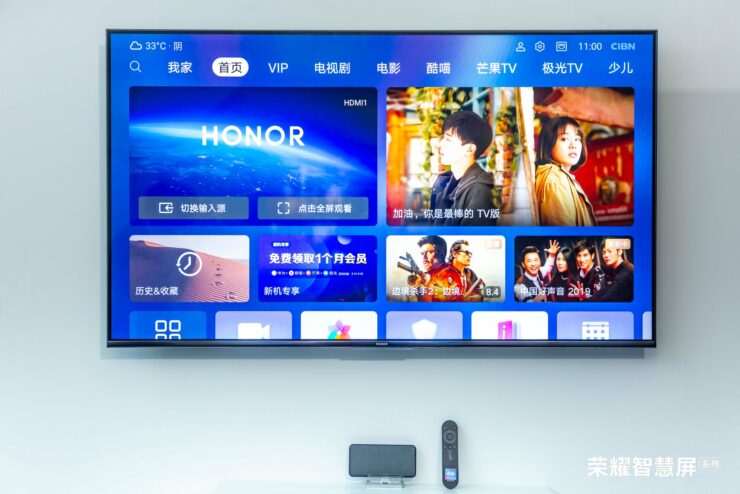 HarmonyOS sports an adaptable UI and takes up the size of the TVs. The custom operating system is integrated with several services bound to the Chinese market for the time being and in time, other HarmonyOS-fueled devices will be able to interact with these TVs when they arrive in the near future. You can also use your smartphone as a remote control while also gaining the ability to cast your display at a resolution of 1080p. Honor claims that thanks to 50-100ms low latency casting, you will be able to enable screen sharing when playing games.

Using a feature called Huawei Share, users will be able to beam content from their mobile devices to either the Honor Vision or Honor Vision Pro. XDA Developers reports that a 600MB file can be shared in just 20 seconds; that’s 30MB per second. Using facial recognition, both these products can also determine if a child is in front of the TV and reduce blue light emissions accordingly to protect the vision of the toddler. 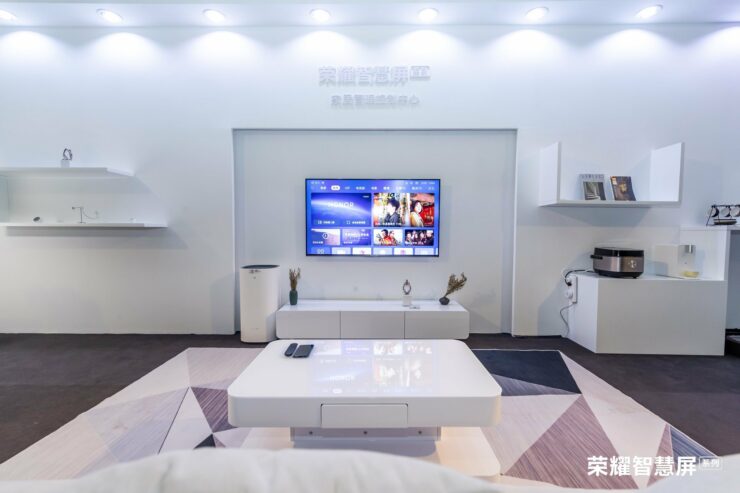 Since HarmonyOS was always going to expand in China first, it comes as no surprise to see both smart TVs offered there. However, Honor has not spoken about an international launch, and if there is one, we’ll inform our readers at the earliest. Unfortunately, we believe that until the HarmonyOS ecosystem is not broadly expanded, such products will remain limited to China only. 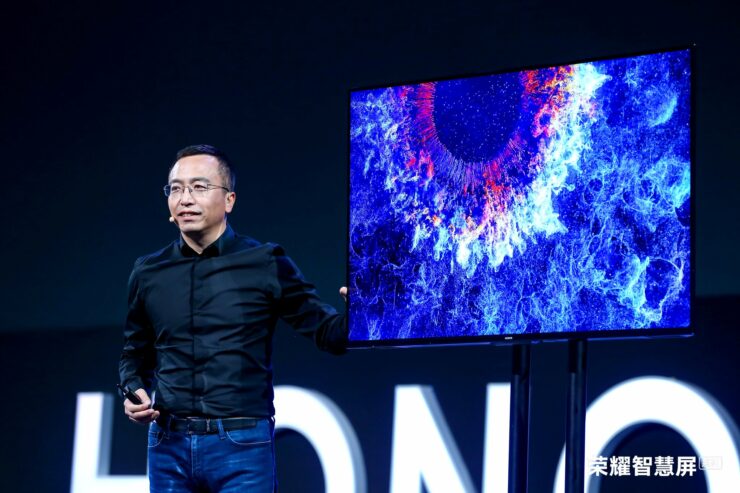 So what do you think of the first releases to support HarmonyOS? Do they have a value proposition based on their pricing and number of features? Let us know down in the comments.

HarmonyOS Will Soon Run on Smartwatches and Laptops Outside of China, States Huawei Executive