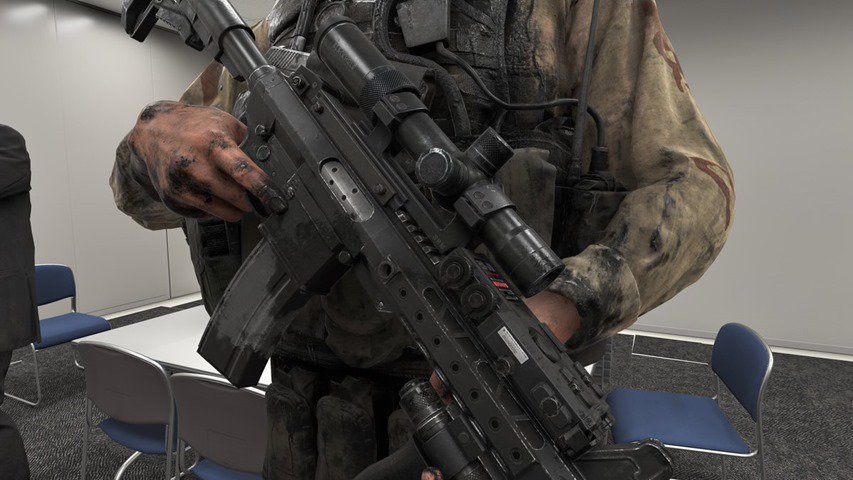 Guerrilla’s engine is capable of producing amazing high fidelity visuals, and it seems that the developer will be using a new GPU based procedural placement system that dynamically creates the world of ‘Horizon: Zero Dawn’ around the player. Death Stranding might very well use this new procedural technology, but this hasn’t been confirmed at this point.

On Twitter, Kojima did share some rendering samples demonstrating what the DECIMA engine is capable of, check them out below:

The samples show Mads Mikkelsen without texture, background shots from the Death Stranding teaser trailer with only texture and lighting, and a reproduction of Kojima Productions’ meeting room.

Death Stranding was officially announced during Sony's E3 press conference this year. The Walking Dead actor, Norman Reedus, made its appearance in the game's announcement trailer.

“Today I am very excited to be able to deliver this teaser trailer of Death Stranding, which marks a fresh new start for Kojima Productions,” said Hideo Kojima in a press release following the game’s announcement. “Since the establishment of Kojima Productions last December, I have been fully focused on what lies ahead. Thanks to our fans and everyone at SIE who has been supporting us as our partner, and we look forward to delivering ground breaking ‘play’ to our users worldwide.”

Death Stranding is currently in development for PS4 but is planned to eventually become available on PC as well.