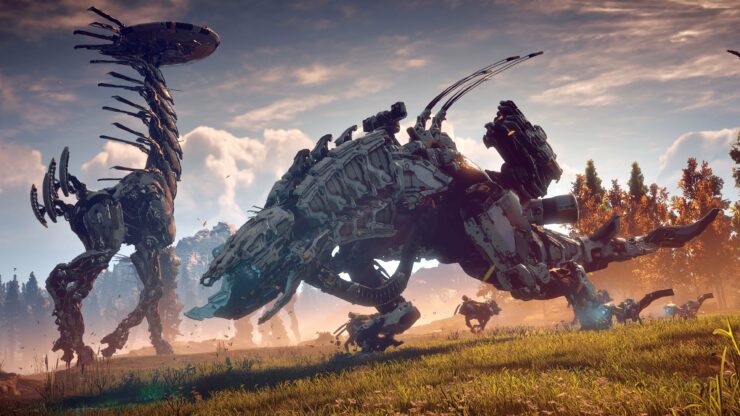 Horizon Zero Dawn will use a new GPU-based procedural technology that dynamically creates the game’s world around the player.

The technology won’t be limited to procedurally generating trees and rocks in Guerrilla’s upcoming open world RPG but will assemble full environments including wildlife, effects, sounds, and gameplay elements.

Jaap van Muijden from Guerrilla Games will describe the GPU based procedural placement system that dynamically creates the world of 'Horizon: Zero Dawn' around the player. Not limited to just rocks and trees, the procedural system assembles fully-fledged environments while the player walks through them, complete with sounds, effects, wildlife and game-play elements. He will show the entire pipeline, from the graph editor where artists can define the procedural placement rules to the GPU algorithms that create a dense world around the player on the fly. He will demonstrate the power of this procedural approach by showing how painting in a tree line and redirecting roads can be just as easy as moving mountains and changing a desert into a tropical swamp.

Attendees will be introduced to our new GPU-based run-time procedural technology. Learn how the team at Guerrilla Games used compute shaders to dynamically populate the world around the player. Find out how artists define and edit their diverse environments and how this procedural workflow allows global and independent content iterations for both artists and designers.

Judging from the description, it will be quite an interesting presentation from the Dutch studio. The developer will organize more programming sessions for its upcoming PS4 exclusive at the conference, including a session about player traversal mechanics and another on creating the tools pipeline for Horizon Zero Dawn.

Horizon Zero Dawn is scheduled for a release on February 28 on PlayStation 4 and will take full advantage of the PS4 Pro.