Hideo Kojima “Knows no Limits” – He’s “Hungry to Surprise Us” with His “Most Ambitious Project Ever,” Says Keighley

At the 19th Annual D.I.C.E Awards ceremony held at the Mandalay Bay Convention Center in Las Vegas, The Game Awards elder and ex-video games journalist Geoff Keighley got a chance to connect with one of the most cherished game designer/producers in the industry, and their engagement prompted Keighley to share his expressions in a series of tweets revealing how he was “blown away” by “the scale and ambition” of Hideo Kojima's “most ambitious project ever.” 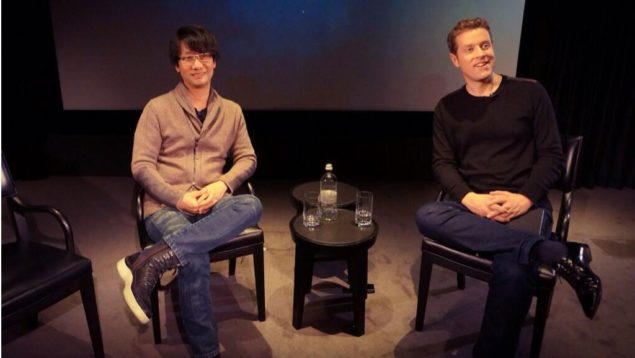 There has been a lot of talk about the Hideo Kojima’s upcoming video game title, the first one that is being developed by Kojima Productions as an independent video game development studio. Although the PlayStation 4 exclusive title is still in its early stage of development and is a long way off from its public launch, we know that with its “big scale and lots of freedom and interactivity,” the upcoming game will be nothing short of a masterpiece, and Geoff Keighley seems to agree as well.

After having a good, great talk with Kojima at the ceremony, Keighley expressed his thoughts about the Kojima Productions’ maiden title via a number of tweets. He started by saying that he was "blown away by the scale and ambition of what Hideo is planning. He knows no limits. We had such a great talk last night. You R not red E." In case you didn’t get the last part, it is in reference to the famous PlayStation marketing slogan.

Blown away by the scale and ambition of what Hideo is planning. He knows no limits. We has such a great talk last night. You r not red e.

The crucibles in our lives can make us weaker or stronger - and Hideo is determined to come back with his most ambitious project ever.

I can already see his brain working faster than it ever has. He is hungry to surprise us and emboldened by the freedom.

Kojima went ahead and re-tweeted all of Keighley’s tweets shared above. Kojima Productions producer Ken-ichiro Imaizumi also tweeted a photo of Kojima. Of course, such strong words from Keighley only strengthen fans’ expectations, and add to our growing excitement for Kojima’s upcoming game. We don’t know much about the new game, but hopes are that new details will soon start to crop up. We do know that it “will be something completely new,” and while it is a PlayStation 4 console-exclusive, it will not support PlayStation VR. “I want to create something that’s what people expect, but at the same time will have something new that people haven’t seen before,” Hideo Kojima said last year in December.