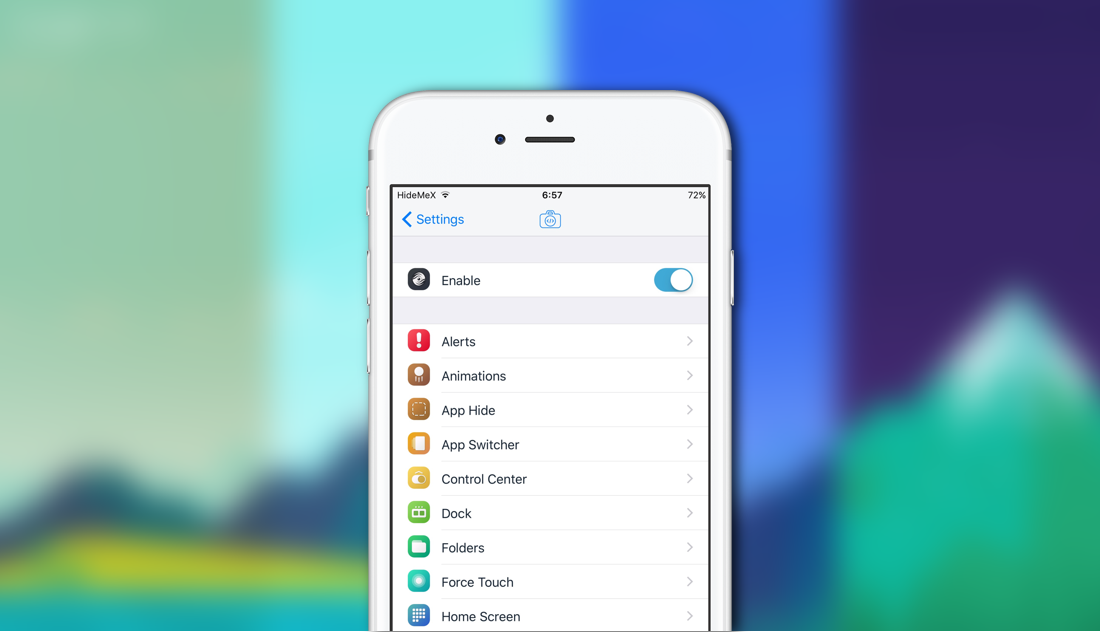 You will be pleased to learn that the HideMeX jailbreak tweak has been updated to support iOS 10.2. Download it today and give your iPhone or iPad a brand new look.

There are thousands of tweaks available to download from Cydia, but there are a select few that really manage to turn heads at any given moment. HideMeX, is one of them. And this particular little software allows you to tweak the look and feel of iOS according to your tastes, essentially letting you change everything about the OS in a way you want it to be. Today, HideMeX has received an update, and those sitting on iOS 10.2 can get in on the fun as well.

Available to download directly from Cydia under the BigBoss repository, the tweak will set you back $2.99. It's a little steep, but when you take into account what it does, your mind will be blown. For starters, you can customize app icon labels the way you want, or even customize the size of the clock, its font and color on the lock screen, if you so wish. Also, if there's an aspect about the app switcher which you don't like at all, you can simply customize it till you fall in love with it. Now, this is just the tip of the iceberg given what the tweak is capable of doing. And if you consider yourself a hardcore jailbreak user, then there's no excuse for skipping out on this tweak. After all, jailbreaking is all about breaking away from Apple's shackles. 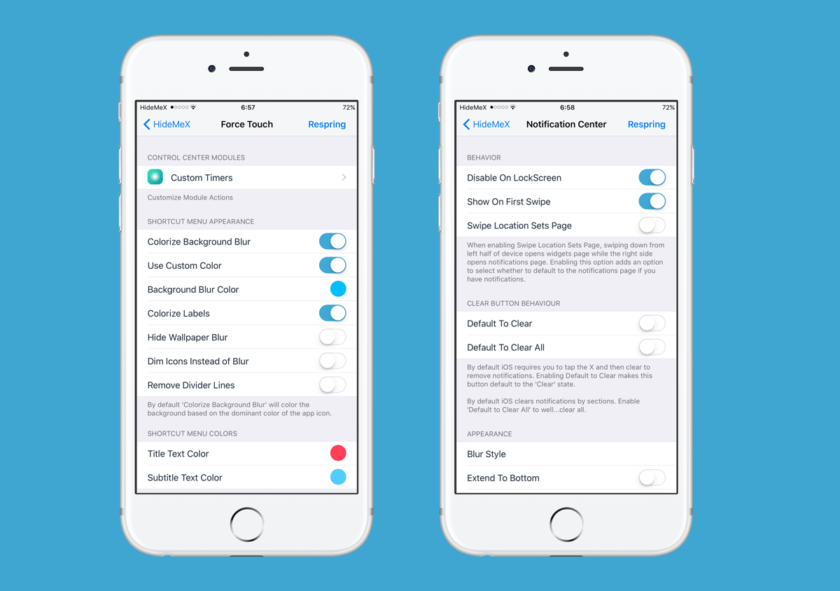 Once the tweak is downloaded and installed, you can change the options or play around with them directly from the Settings app. Also, you will be pleased to learn that there's a convenient little toggle switch placed within these options, allowing you to turn the tweak on or off whenever you like. This is a feature which every developer should implements in their tweaks, therefore big props to everyone behind HideMeX.

Give the tweak a spin and let us know in the comments section what you think about it.