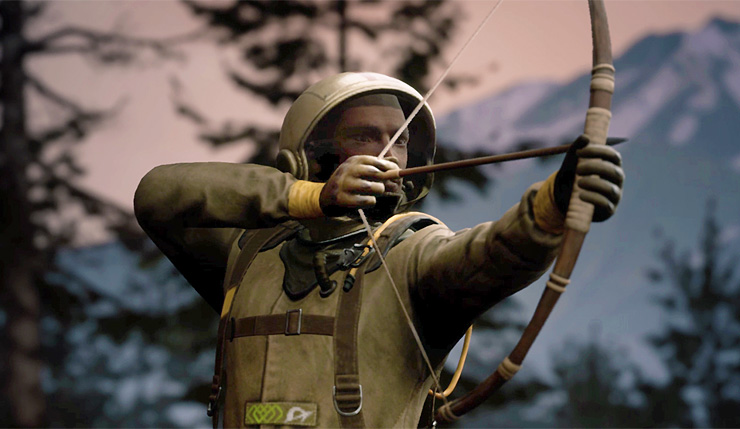 DayZ is one of the most influential games of the past decade, helping inspire both the hardcore survival and battle royale genres, and now the creator of the original DayZ mod, Dean Hall, has a new project in the works. Announced during the PC Gaming Show, Icarus is a sci-fi co-op survival game, in which teams of four have to make a go of it on hostile alien planets for anywhere from 30 minutes to up to 48 real-time hours. You can check out a teaser trailer for Icarus, below.

Here’s the official description of Icarus:

An alien world for the taking. Explore, survive and make your fortune. Or die trying.A resource-rich frontier world has opened up for human exploration and exploitation, where hopefuls claim prospects for a limited time to mine for exotic resources. Icarus is a free-to-play, multiplayer co-operative survival game. While navigating each prospect’s unique challenges, players must collect meta-resources to permanently progress, create advanced technologies and take on longer missions.

Harsh environments demand an envirosuit, regular oxygen, food and water, shelter and constant attention. The wildlife is easily provoked, and your plans may need to change on the fly. Take the resources you find back up to orbit to craft advanced technology for your drop, either with a crew or solo. Use your time wisely or be left empty-handed or even left behind. Calculate the risks, stretch your endurance and resources. How far are you willing to go?

While Icarus is the brainchild of Dean Hall, it isn’t being developed by DayZ’s Bohemia Interactive. Instead, it’s the work of new studio Rocketwerkz, and Hall insists the development issues that plagued DayZ won’t be repeated…

Really, Icarus, for us, has been about doing a game exactly how the engine is designed for it, keeping it within technological constraints, and making sure that every step of the way we're doing things that basically have already been done, and just putting them together in unique way.

Icarus will touch down on PC (via Steam) sometime in 2021.