Recent rumors claim that a second Warcraft movie is in development at Legendary Pictures, and whether these rumors are true or not, Metzen and Golden would love to see Cavill star in the potential second adaption. Cavill recently posted some pictures on Instagram of him as Geralt in the upcoming second season of Netflix’s The Witcher.

Cavill’s images were posted on Twitter by Blizzard’s Associate Narrative Designer for World of Warcraft, Anne Stickney, and from the looks of it, both Golden and Metzen are fans of Cavill as Arthas.

On the Arthas train.

That Henry would be a good Arthas or that he’s dreamy? Clearly both... d’uh.

The ‘Cavill as Arthas’ hypetrain now appears to be on full steam as popular digital artist ‘Bosslogic’ (who also did the art for the Assassin’s Creed Valhalla reveal earlier this year) had its way with one of the pictures that Cavill posted on Instragram, and the result is staggering to say the least. Based on Cavill’s reaction on Instagram he’s impressed with the photoshopped result as well and even tagged Blizzard in the post. 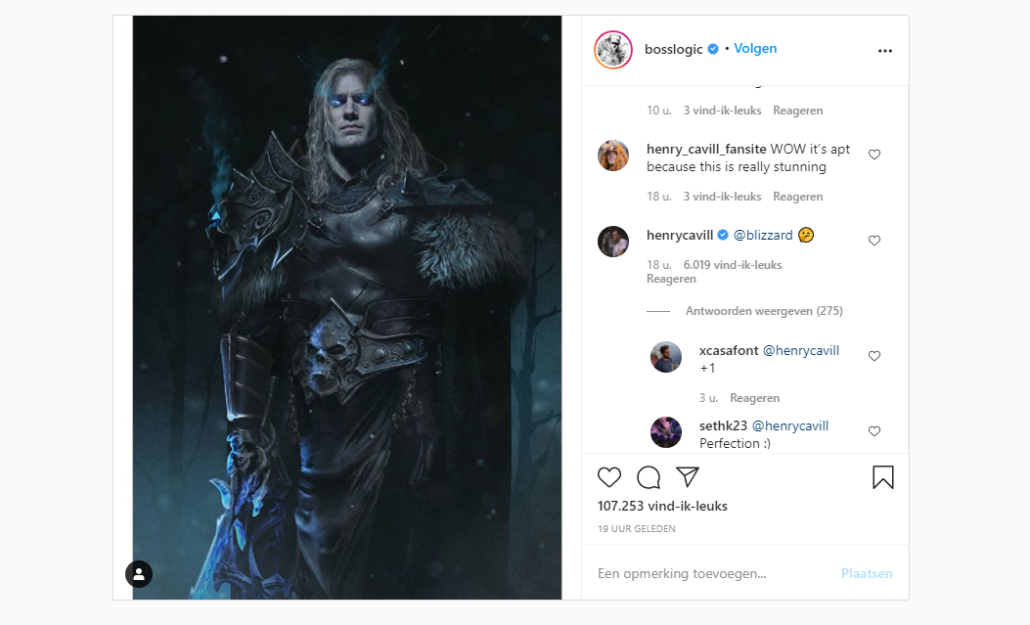 Unfortunately, the information above is only speculation at this point. A second Warcraft movie has yet to be announced. There’s no doubt, however, that, being the gaming nerd that Cavill is, he would rock as Arthas in a movie revolving the events around Arthas Menethil and The Lich King.