One of the more common complaints I hear from people in regard to the way VR 'looks' is the limited field of view (FOV). Sure, you can get away with the narrow FOV in games like Beat Saber and even Pistol Whip where you'll generally be focusing in one direction without looking around too much. But other games like Arizona Sunshine or Assetto Corsa will have you twisting and craning often as you try to get a better view of what is going on since darting your eyes around will have you running out of the visible area quickly and that can be genuinely immersion-breaking.

The team at Pimax has been working for some time to overcome this along with increasing the resolution so that games become so clear and fill your vision that you become completely immersed and leave this world behind for the virtual experience you've always dreamed of. Their upcoming Pimax 8K X with an insane 4K per eye resolution and 170* FOV aims to really bring you into the game, but how is it in practice? 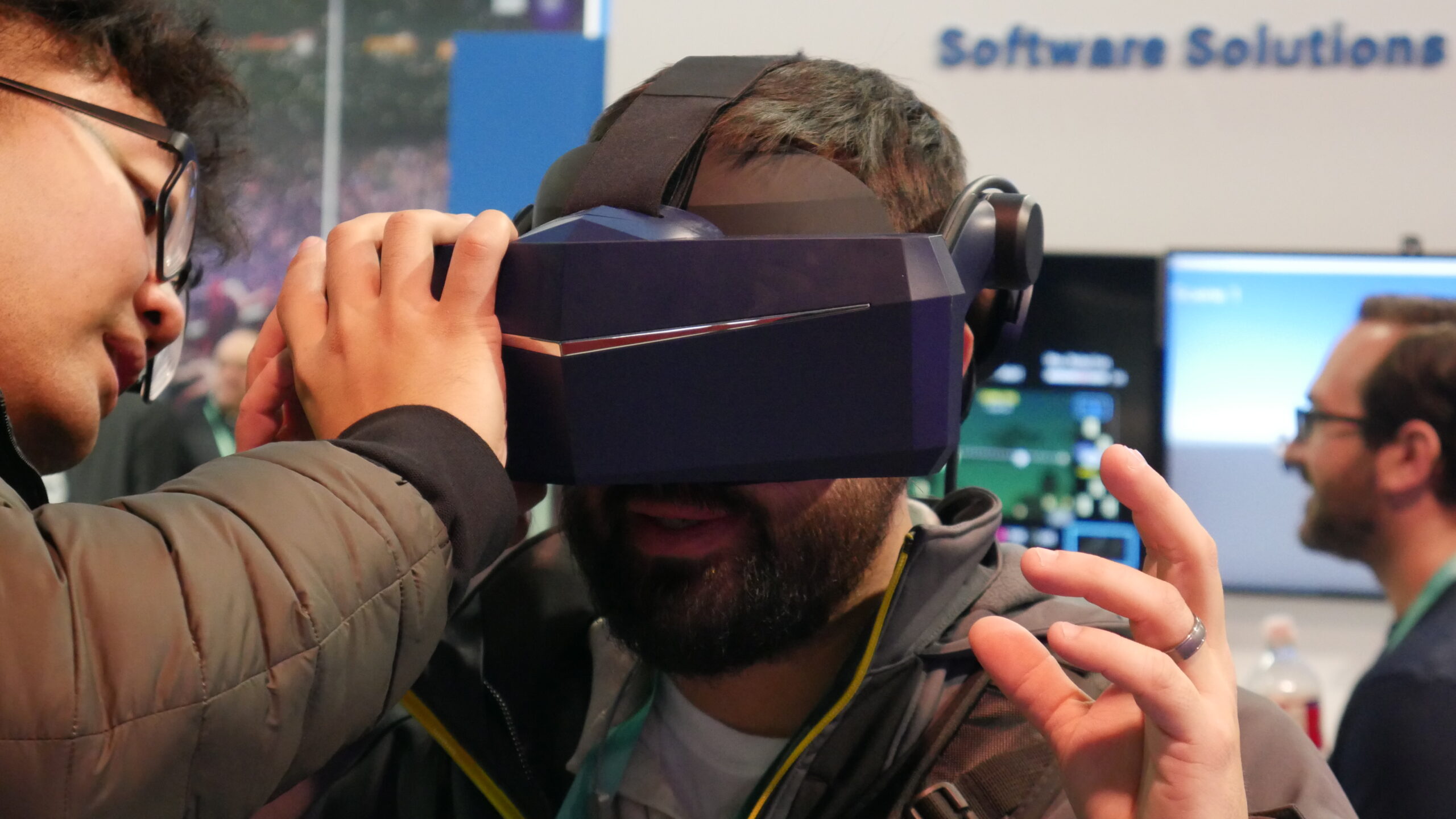 At CES 2020 I had the pleasure of demoing the Pimax 8K X in a variety of games that gave me a feel for how it fits, feels, performs, and looks. The area they had set up was adequate but not as good as working in an isolated area at home would be thanks to the plethora of sensors all about on the showroom floor, but they pulled enough off for me to still get a good feel. They had multiple areas set up with all using the Valve Index Controllers, and being the first time I've gotten to use them made the experience all the better.

The first demo that they let me try was a seated experience, my least favorite kind of VR experience, using VR Flight Simulator piloting a Cessna 172. This was especially fun for me having a background in aviation and learning to fly in a good ole 172. What immediately stood out to me was being able to see the text on the instrument cluster, as everything was clear all the way down at the bottom of the panel. I felt absolutely relaxed and immersed as I realized the lenses were so large and went so far that they actually exceeded what my glasses would allow me to see in focus. The screendoor effect was so minimal I either didn't notice it or I can't even remember noticing it after playing. 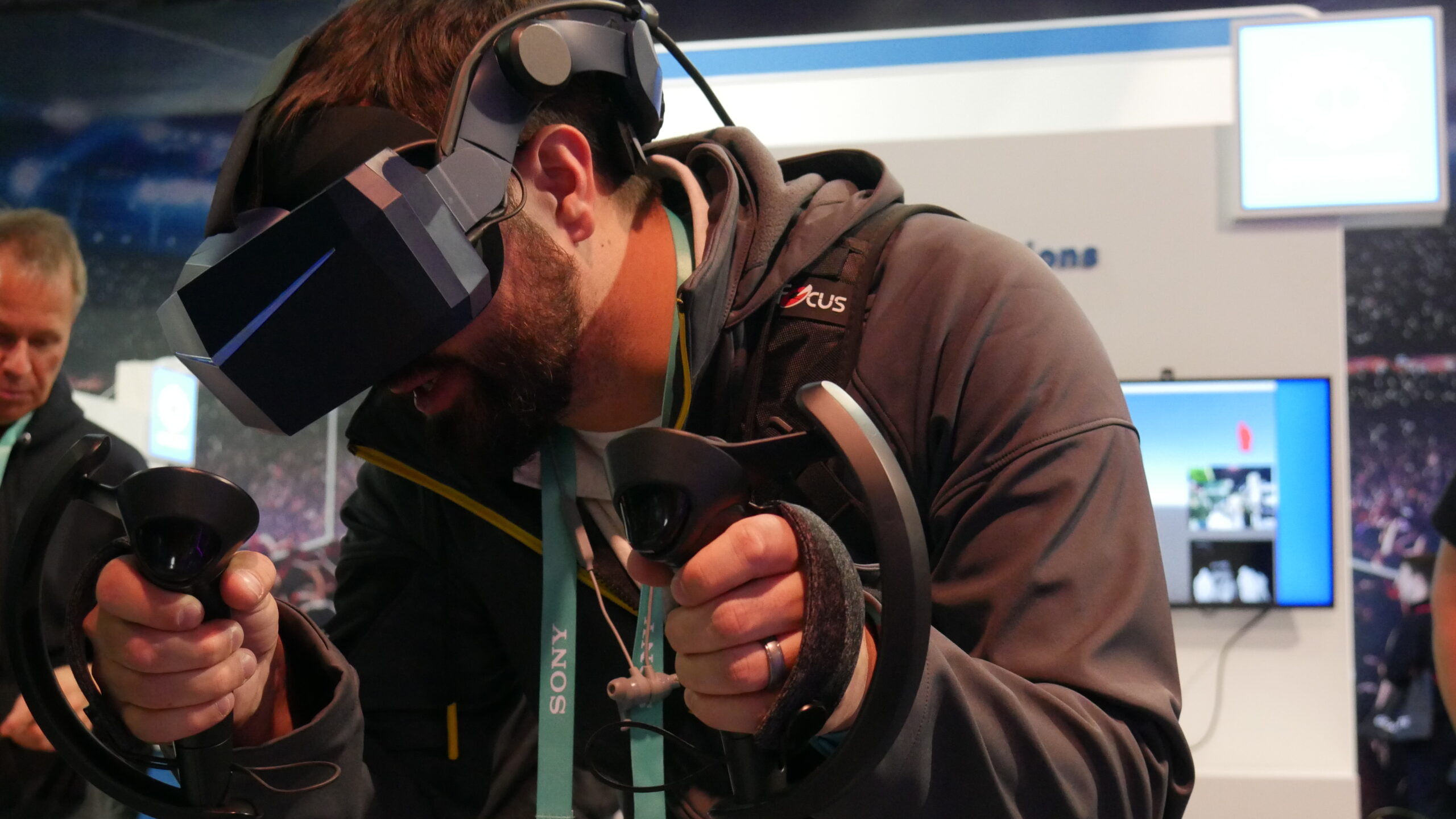 The real fun came in with Boneworks. I have to admit I nearly took the Pimax booth down after trying to climb up on something in the game and subsequently running into one of the main support legs for their tent-style setup.

Okay, now that I explained the setup and how the experience went, how did it look? About 80% of it looked spectacular and had no issues keeping fluid and staying super crisp. Reading text at a distance made my Rift S look like it was a cell phone experience, but there's a catch. The FOV is wide, really wide, but the edges away from the nose and towards the bottom start to warp a bit. While left to your peripheral it isn't an issue but when you start looking about, you notice it in the worst way.

Comfort was the other thing that kind of missed the mark for me, but then again it might be a preference of headbands. On paper, it's about the same weight as my Rift S but because of the way it sits on the head, it felt heavier to me. I regularly play for around 2 hours at a time without issue with my Rift S at home, thanks to the halo style headband and how it evenly balances the weight. I'm not sure I'd have the same feeling after a couple of hours with the Pimax 8K X, but for how good things look I'd be willing to try! Also, it's worth noting there is a VR Comfort Kit that could improve things in this regard. 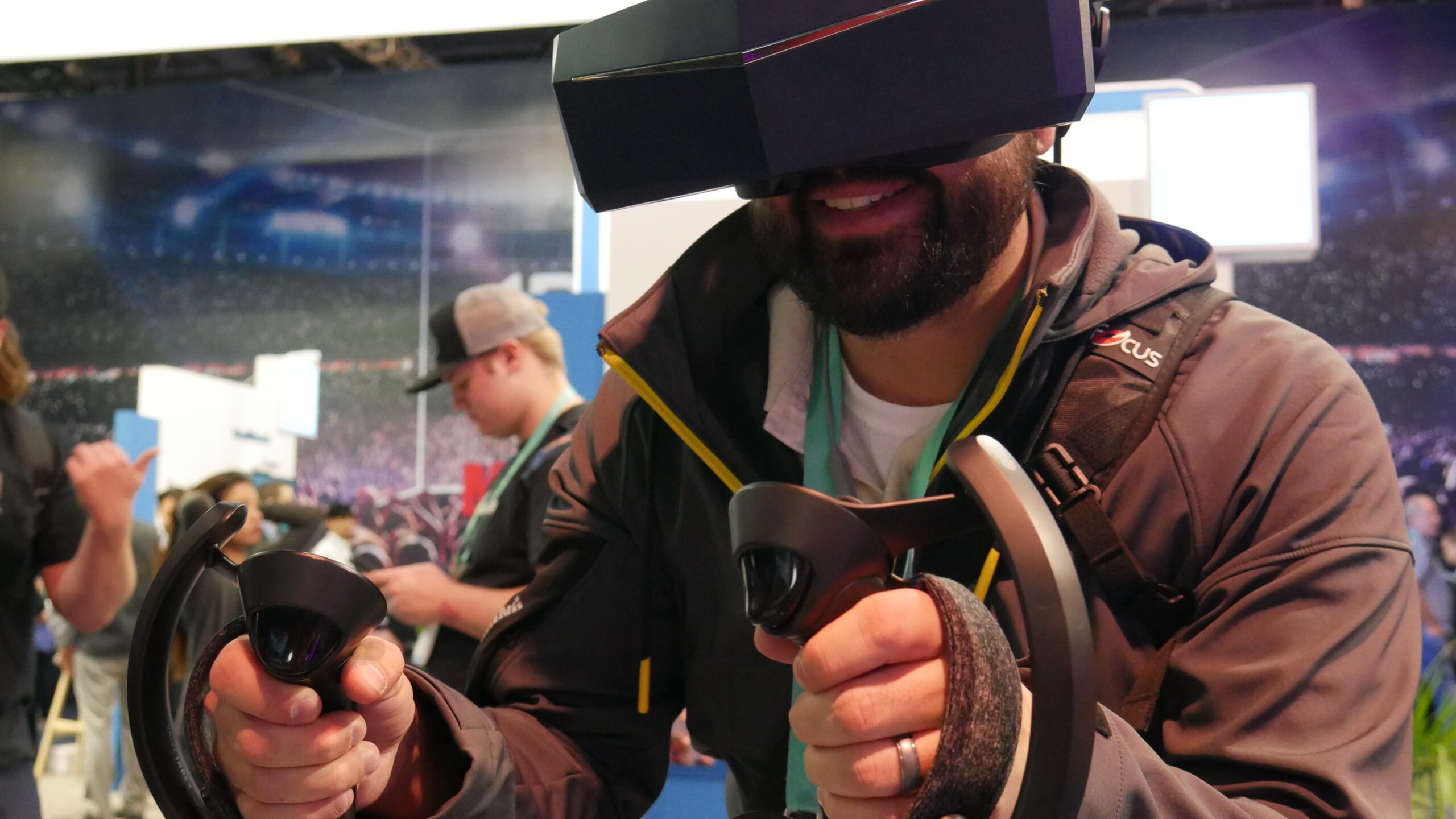 I walked away with an overall positive impression from the insane clarity of the high-resolution image along with the expansive FOV. The warping at the edges isn't enough to turn me off from it since it doesn't affect the experience much, but it is something to take into consideration. The comfort is hit or miss I guess and will depend a lot on your head's shape, too. The fabric they use on the headband and facial interface is similar to what you get with the Valve Index and while that's nice, I know I'd rather have the leather option they're considering. Overall though, at a time where you'll hear naysayers jump up and down that VR is dead (even though that's far from the case), it's exciting to see Pimax still pushing the envelope of VR display technology.

By the way, Pimax brought home quite a few CES 2020 awards as you can see from the image below. 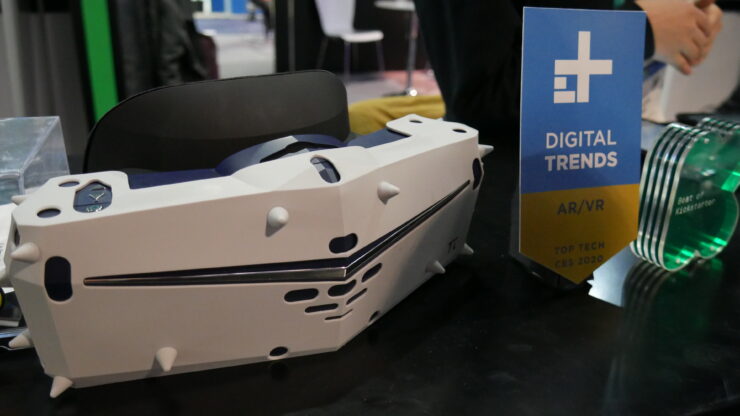