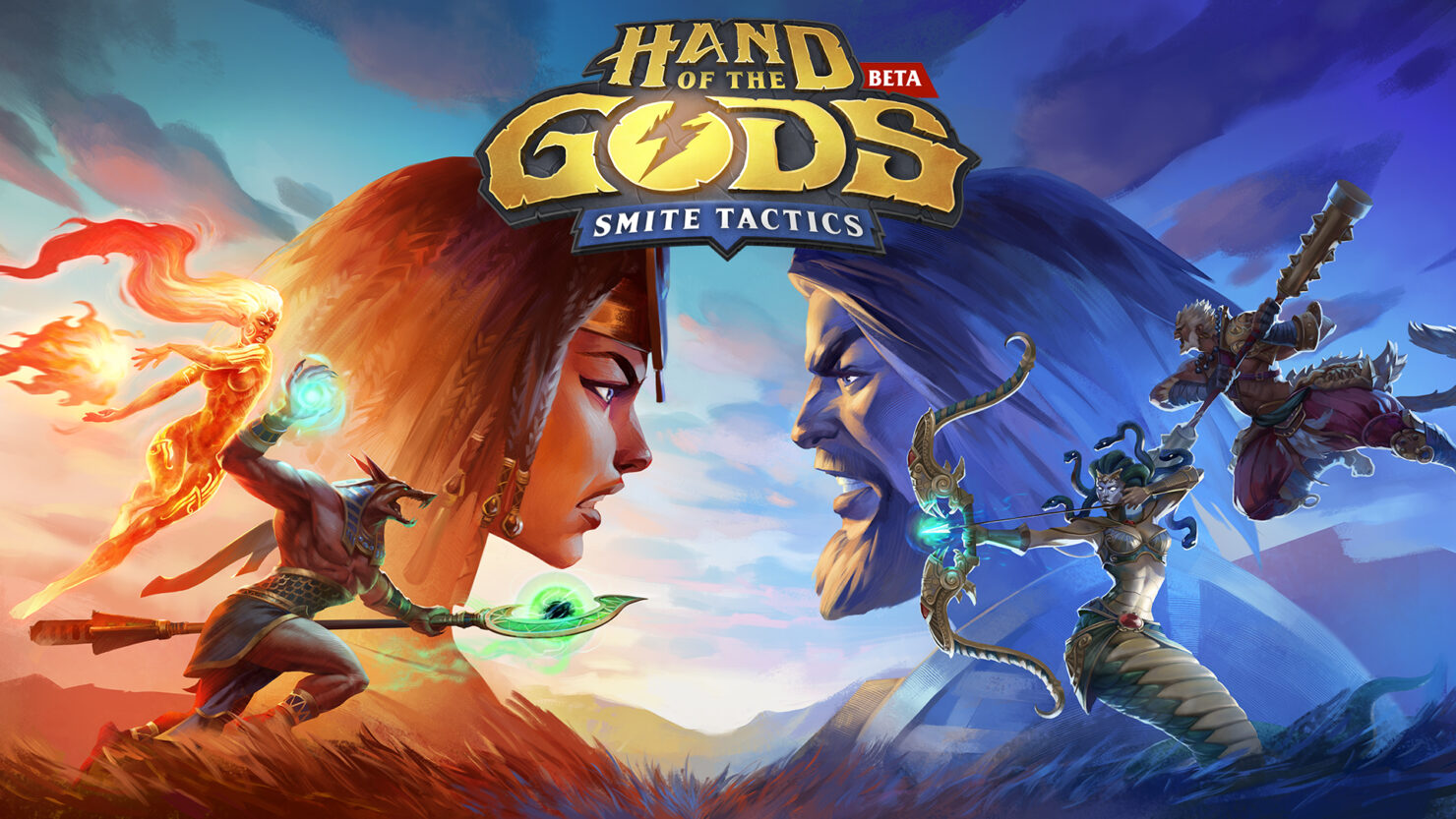 It's been a while since we've had a giveaway, which means it's time to remedy that. We've partnered with Hi-Rez Studios to bring you several giveaways for Hand of the Gods: SMITE Tactics, their turn-based strategy game (loosely described as Hearthstone meets X-COM) based on the SMITE universe.

The first three are raffle giveaways (Founder's Pack, Venus Competitor's Pack, and 800 Runes codes). We have eight codes for each one of these packs and we'll collect your submission to randomly select the winners and send them the codes via e-mail on August 1st.

We also have 5000 codes for the Greek Starter Pack, which can be picked up and redeemed immediately. To redeem any of the codes below, follow these instructions.

Here's a handy FAQ taken from the official forums to let you know the game's basics.

You win the game by destroying your opponents Summoning Stone.

Building a deck requires 1 Leader and 25 additional cards consisting of Units and Spells. You can have a maximum of 2 duplicates, and can only build a deck with cards from the Leaders Pantheon and Neutral cards. You may have multiple Legendary cards in your deck, but only 1 copy of each.

4. I can't use a unit on the turn they are spawned?

Correct, units spawn exhausted and cannot move or attack until your next turn. Units with Charge ignore this and can take action the turn they are deployed or spawned.

6. What is the attack range of units?

7. How many tiles can my units move each turn?

8. Some cards have bolded words like Afterlife, Warcry, and Guard. How do I know what these do?

Some units have keywords to quickly describe what they do. If you hover over the card, a tooltip will pop up and display next to them, describing what the keyword means. Some of the more common keywords you will see:
Afterlife - Effect occurs when unit is killed
Warcry - Triggers when played from hand
Charge - Is not exhausted the turn it spawns, and may move and attack immediately
Guard - Adjacent Summoning Stones cannot be targeted by attack or Warcry effects

9. I can’t use some spells on Summoning Stones. How do I know what each card can target?

Cards can be acquired either through opening packs, or crafting. Card packs can be purchased with Favor acquired by playing, or by purchasing Runes inside the store menu. Cards can be crafted by disenchanting extra cards you have inside your Collection Menu to create Canoptic Dust, then inspect the card you wish to create and select ‘Craft’.