When are we finally going to get another look at Halo Infinite? The game’s big reveal last summer didn’t elicit the response Microsoft was hoping for, leading to another delay, and we haven’t really seen Halo Infinite since (outside of a few screenshots and teases). Well, E3 season is coming up, and while Microsoft won’t be involved directly, it’s rumored they’ll have an event of their own sometime around that time. To add fuel to the fire, Halo Infinite creative director Joseph Staten recently tweeted this…

Summary of my week: pic.twitter.com/wfX9WyWW9p

For those not sure what they’re looking at, that would appear to be a series of scenes arranged in video editing software Adobe Premiere, hinting Staten is working on a new trailer. Given Halo Infinite is still supposed to launch this year, it’s about time we got a fresh look, but it’s good to have a semi-confirmation that something is on the way.

While we wait for that new trailer, the Halo Waypoint blog recently shared a few new pieces of Halo Infinite concept art, showing off new bosses, a weapon, and vehicle. Check out the new art, with official descriptions from 343, below.

Some will make their intentions obvious, while others might only give hints at their own deeper history. Each is designed to help introduce you to the nature and evolving presence of the Banished in the Halo universe, and I have a feeling that different folks will find different favorites. To help hold you over a bit until you learn more in the coming months, here’s a couple of Brute brothers you’re likely to run across. A word of advice: they aren’t big fans of Spartans. (The first one is “Hyperius” played by David Heidhoff and the second is Tovarus played by Nuare and Zack Lee.) 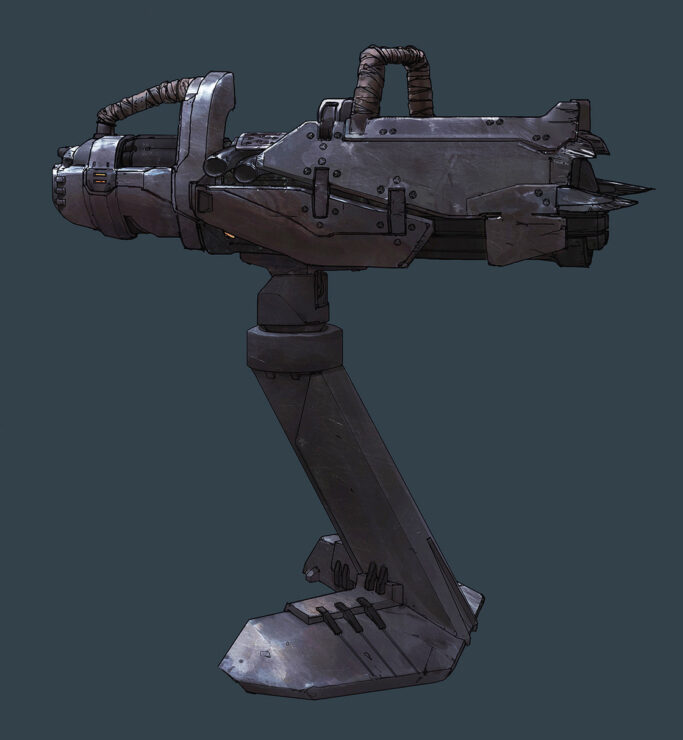 Also, beefy Brutes tend to need a beefy weapon. Say hello to the Scrap Cannon. Early on, it’s nickname was the “gatling mortar.” What’s that? You don’t enjoy hot metal being hurled at you from uncomfortable distances while you’re just trying to mind your own business and defend humanity? Well, too bad so sad, shouldn’t have made the Brutes mad. Anyway, before I go and make a song out of something else, take a peek at this cool concept art for this deadly and detachable damage-dealer. 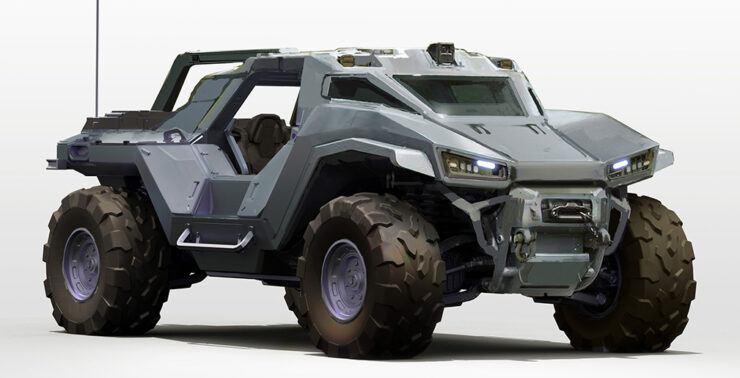 So we heard you like taking Marines on adventures and stuff. Well, let me introduce you to the Razorback. Think of it as the Warthog’s more spacious and robust cousin—perfect for crashing Banished house parties with and taking on scenic drives.

Halo Infinite is slated to launch on PC, Xbox One, and Xbox Series X/S sometime in 2021.