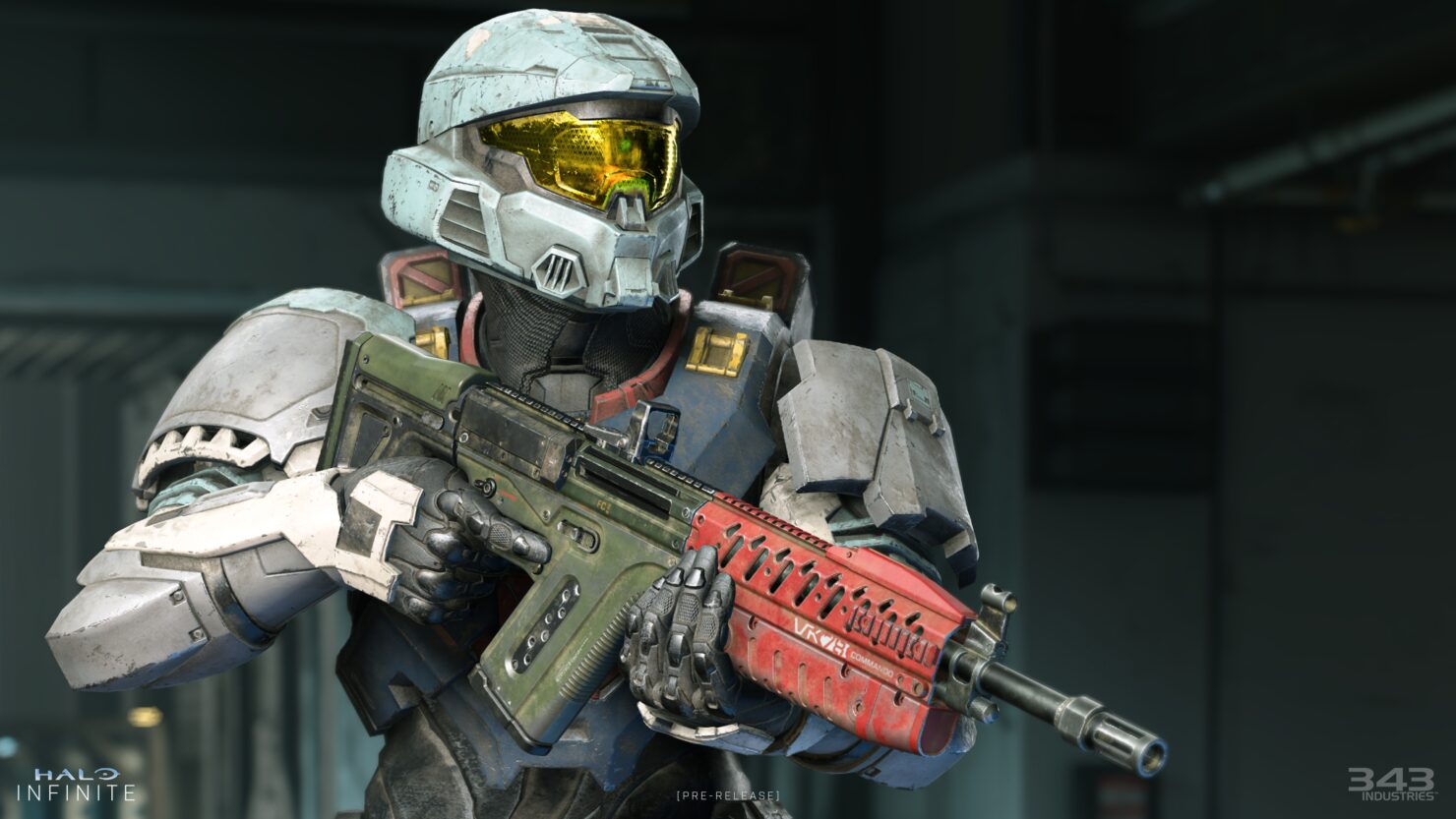 Halo Infinite recently had a tech preview event that showed solid early performance metrics. However, that doesn't mean there are no tweaks to be made, and the developers at 343 Industries talked about how they're going to react to player feedback in key areas.

Andrew Witts (Lead Multiplayer Designer): One area of focus for me lately has been on analyzing player sentiment around what we’ve been calling the “Combat Sensor” or as everyone has been calling it, “Radar”. We knew that the implementation we had for the Tech Preview was going to feel different, maybe even a little contentious, which is why we wanted to get feedback on it as soon as possible. We’ve heard all the feedback and we have a new iteration that will be in the next preview which will be more in-line with players’ expectations.

Alex Bean (Multiplayer Designer): There was a healthy mixture of known bugs going into the flight and new surprises – the Match Intro camera operator had many 1,000 lbs. Spartans tumble in their direction. We’re actively trying to polish up those Match Flow issues. And while our Medal animations weren’t playing correctly in the Tech Preview, sentiment on Medal visuals has been heard and our UI team is investigating addressing some of that feedback. Lastly, it was helpful to see what resonated most with our players to inform areas of growth as we look beyond launch.

Sara Stern (Multiplayer Bots Designer): We identified a number of Bot behaviors we wanted to improve coming out of the Halo Infinite Technical Preview, but two areas of focus for us have been rebalancing our difficulty tuning and improving how well Bots prioritize contesting powerful weapons on map. The difference between Spartan and ODST Bots should feel like a significant increase in difficulty, which wasn’t a target we hit in the Technical Preview build. They also ran in a pack to all try and get the same weapon at once – we're exploring solutions for getting them to spread out and search for weapon pickups without competing with one another.

In case you're curious about how many hours were spent and how many bots were killed in the Halo Infinite tech preview, here's a handy infographic prepared by 343 Industries.

Halo Infinite is shipping on December 8th, as announced during the gamescom 2021 Opening Night Live showcase. However, fans didn't really get to see any new gameplay footage, which was disappointing to some. Joseph Staten, Head of Creative for Halo Infinite, explained why.

As I mentioned in last week’s Development Update, the whole Halo Infinite team is in shutdown mode. This means we’re done with feature work and focused on crushing high-priority bugs. We’re spending lots of time playing the game, verifying fixes, and generally doing all we can to ensure Campaign (and Multiplayer!) plays great on all platforms—from an original, 8-year-old Xbox One to a brand new, ultra-spec PC. This is a very challenging task, even for a large and experienced team.

In many ways, shutting down a game is like being on final approach to landing an airplane. And if you’ll forgive a bit of aviation-geekery, the entirety of the team is essentially in a “sterile cockpit,” which is to say: we’re at a critical phase in the flight that is Halo Infinite, so it’s extremely important to avoid distractions and stay focused on mission-critical tasks only. For Campaign, that means putting maximum effort into ensuring the wide-open, adventure-filled experience you’ll all get to play on December 8th is a great as it can possibly be. And gameplay demos and trailers not only take a huge amount of effort to do well, they also take cycles away from bugs and other shutdown tasks.

I would like to share, however, that right before I left for Los Angeles, I had to pause a full playthrough of Campaign that I started late last week. I’m going for a 100% run, which means completing all primary and secondary missions, finding all collectibles etc. I’ve played Infinite’s Campaign multiple times. But every time I do, I always find something new, tucked away on Zeta Halo. Sometimes these are quiet little bits of environmental storytelling, such as an abandoned but desperately defended Marine recon post, high on a lonely mountainside (fortunately, the Banished missed the fully loaded S7 sniper rifle that the Marines left behind). Sometimes these are combat encounters with deviously polished scripting, for example: a UNSC forward operating base that seemed abandoned… until I heard the laughter and taunts of multiple, energy sword-wielding and cloaked Elites, as I stumbled into their trap.

Last but not least, check out the multiplayer Season 1 cinematic intro for Halo Infinite if you hadn't already.