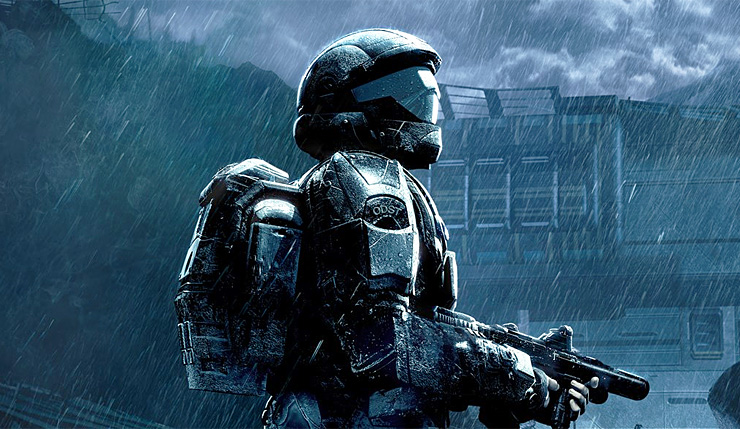 The PC version of Halo: The Master Chief Collection is about to get its next major addition (games are being added one at a time as they’re finished on PC). Next week, the collection will be adding Halo 3: ODST, the fan-favorite 2009 spinoff, which focuses on a troop of “Orbital Drop Shock Troopers” rather than Master Chief and features an unusually dark, moody tone for the series. You can check out a fresh trailer for the MCC version of Halo 3: ODST, below.

Here’s a bit more detail on ODST’s story for those newer to the franchise:

Known for their courage, valor, and penchant for tackling impossible missions, Orbital Drop Shock Troopers, pride themselves on being the first unit deployed into hostile situations. In Halo 3: ODST, return to familiar ground as one of these elite soldiers and drop into the ruined city of New Mombasa to search for clues behind the Covenant’s catastrophic attack on the sprawling metropolis. Developed by Bungie, this Halo 3 prologue puts players into the boots of an ODST during one of the great untold stories of Halo 2, the Battle of Earth.

As previously announced by Microsoft, Halo 3: ODST’s Firefight mode is also coming to the PC and console versions of the MCC for the first time. For those unfamiliar, Firefight is a co-op experience, in which up to four players fends off ever-more-daunting waves of enemies. The ODST version of Firefight is particularly well-remembered by fans, and features multiple stages, playable characters, modes, and a wide variety of customization options.

Halo 3: ODST joins the Master Chief Collection on PC, and Firefight mode comes to both PC and Xbox One, on September 22. So, what do you think? Are you excited to tackle this underappreciated entry in the Halo franchise again?