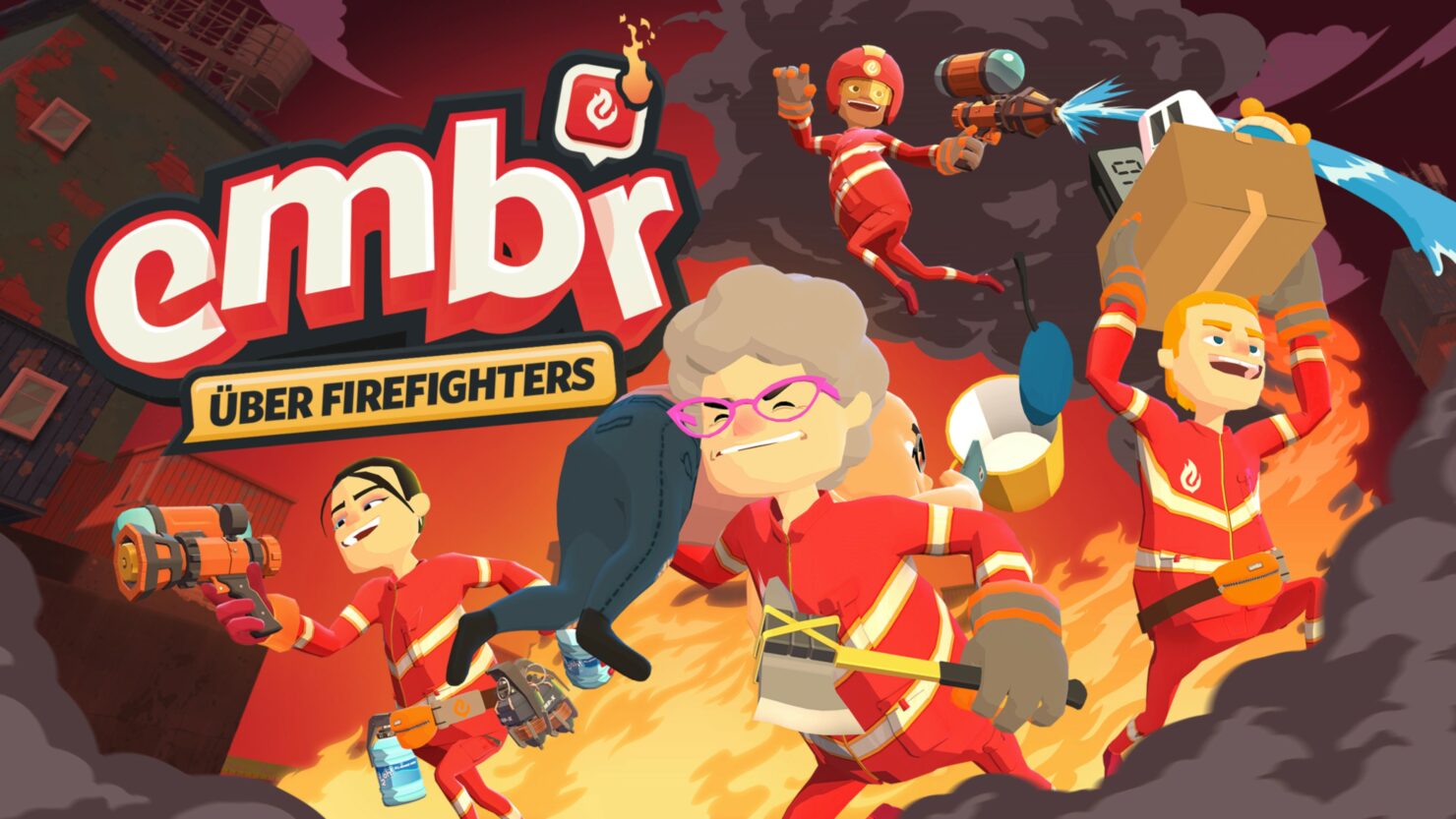 Apps dominate the world as we know it, and even wannabe firefighters will have to use one to locate fires, save people and receive their eternal gratitude in form of money if the future will be anything like the one depicted in Embr.

Embr is a very interesting first-person game that has been recently released as an Early Access game on Steam (as well as on Google Stadia), giving players the chance to experience the thrilling life of a firefighter-for-hire who uses the Embr app to become a Respondr. These Respondrs must not only save people from fires but will also be tasked, from time to time, to recover precious items and furniture. The whole affair always ends up in chaotic fun, with the launching of both people and furniture around and out of windows to complete missions before the buildings are completely destroyed. Embr definitely sounds ludicrous on paper, and it is even more in action. 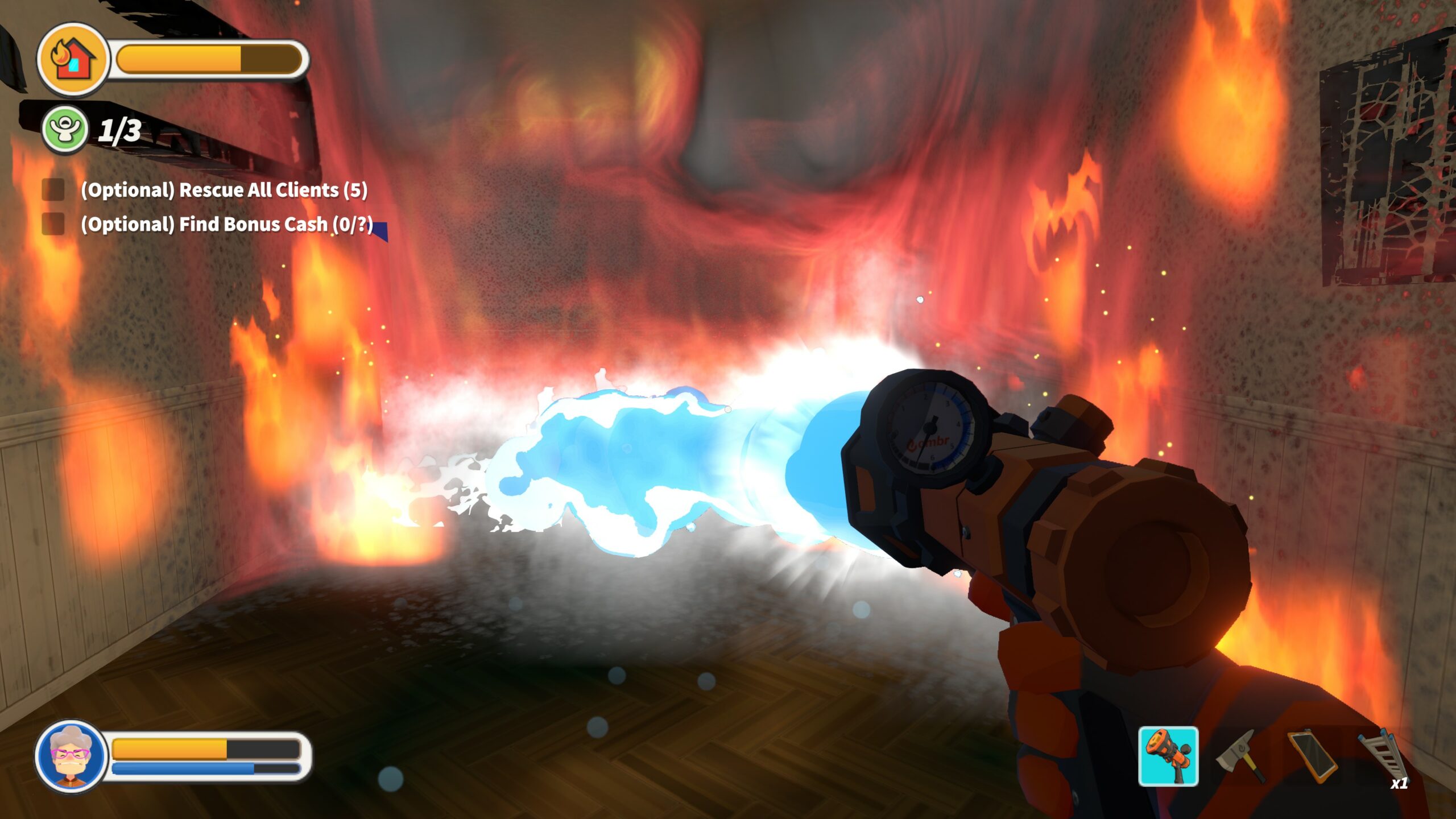 The starting tutorial mission teaches players everything they need to know to succeed as a Respondr. Armed, in the beginning, with only a fire hose and an ax, players will have to enter buildings, locate people in need of rescuing with the dedicated tool, and make sure they reach the evacuation area. These people are often so oblivious to the danger that players will be forced to pick them up and bring them to the evac area, something that may end up being impossible if flames block the way.  This is where some of the additional tools, such as portable ladders, shine,  as they can be used to open up new paths that can be used to bring people to safety. Creative use of the tools currently available in the game isn't particularly encouraged, as level design is fairly simple, but surely players will be given the chance to use the water slides and portable trampolines down the line in creative and effective ways.

The current mission selection is pretty standard, featuring missions like rescue missions that involving saving people from fire, salvage missions that involve recovering furniture amounting for a set value and special missions that task players with recovering a specific item inside the building. Due to the already mentioned simple level design, these missions don't take much more than five minutes to complete, if you're sticking to the main objectives. Completing the optional ones will obviously be trickier, but it will result in a bigger cash payout at the end of the missions, cash that can be used to upgrade all tools and purchase new ones. Needless to say, some of the upgrades are just as hilarious as the rest of the experience, allowing players to unlock throwing axes that automatically return to them and so on. 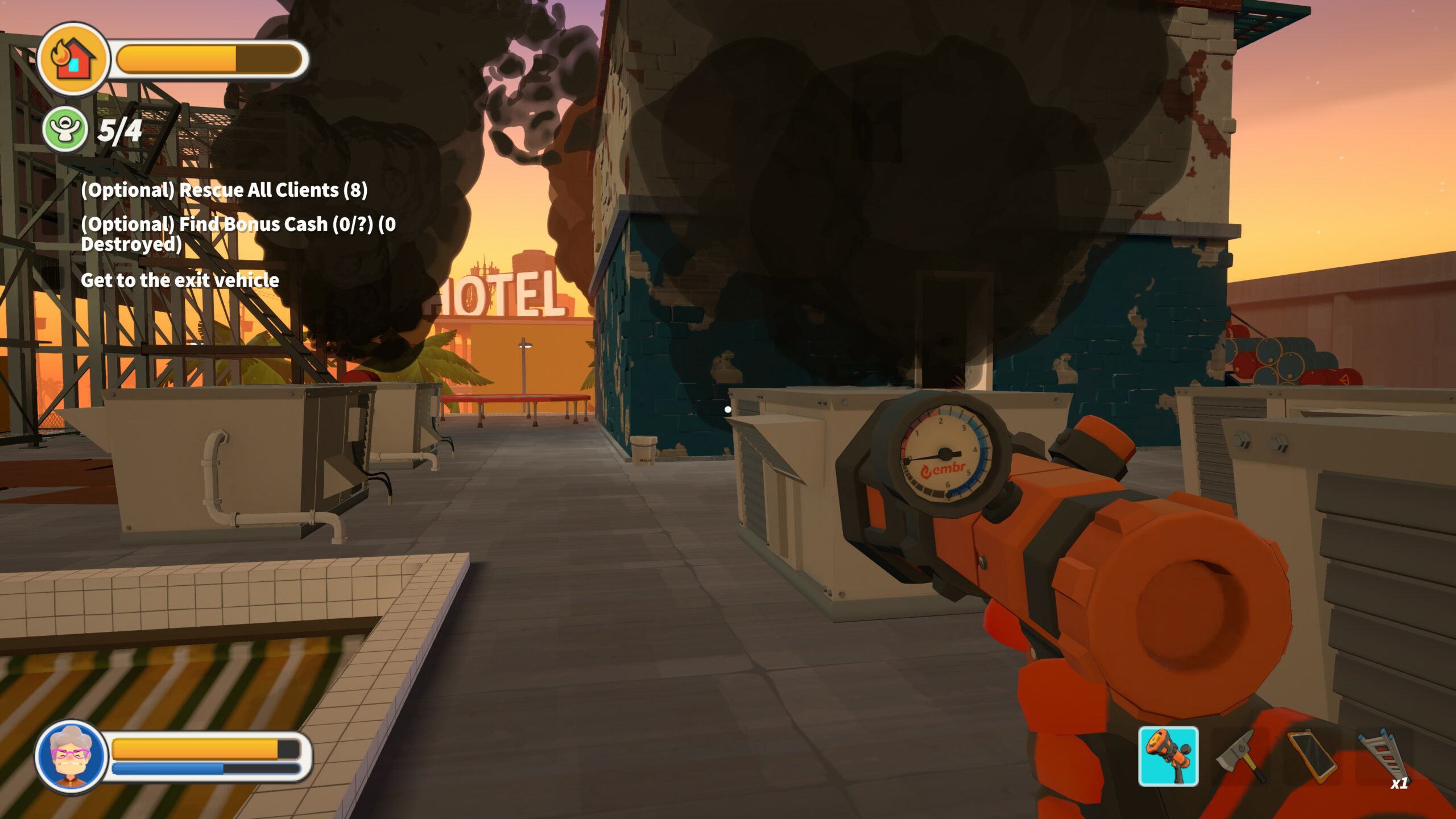 Even in its current, simple state, Embr can be a lot of fun, thanks to the co-op multiplayer features. While the online mode isn't particularly well-populated as of now, it's not too difficult to join up with other Responders and tackle missions together. Given how fire cannot be put out permanently with the basic hose and how some areas are only accessible after electricity has been turned off, cooperation between players becomes a necessity to clear missions as quickly as possible, with a division of roles that can transform a rag-tag band of wannabe firefighters feel into a professional team.

Firefighting is an extremely important business, and Embr is definitely on the way to make this also extremely fun. The Early Access version does have a few issues, such as unresponsive controls, weird physics, and little to no ways to mitigate damage from falling debris and fire and a couple of glitches, but the experience has everything it needs to become one of the multiplayer sensations of the future.

You can get the game for PC at a 26% discount via Green Man Gaming.