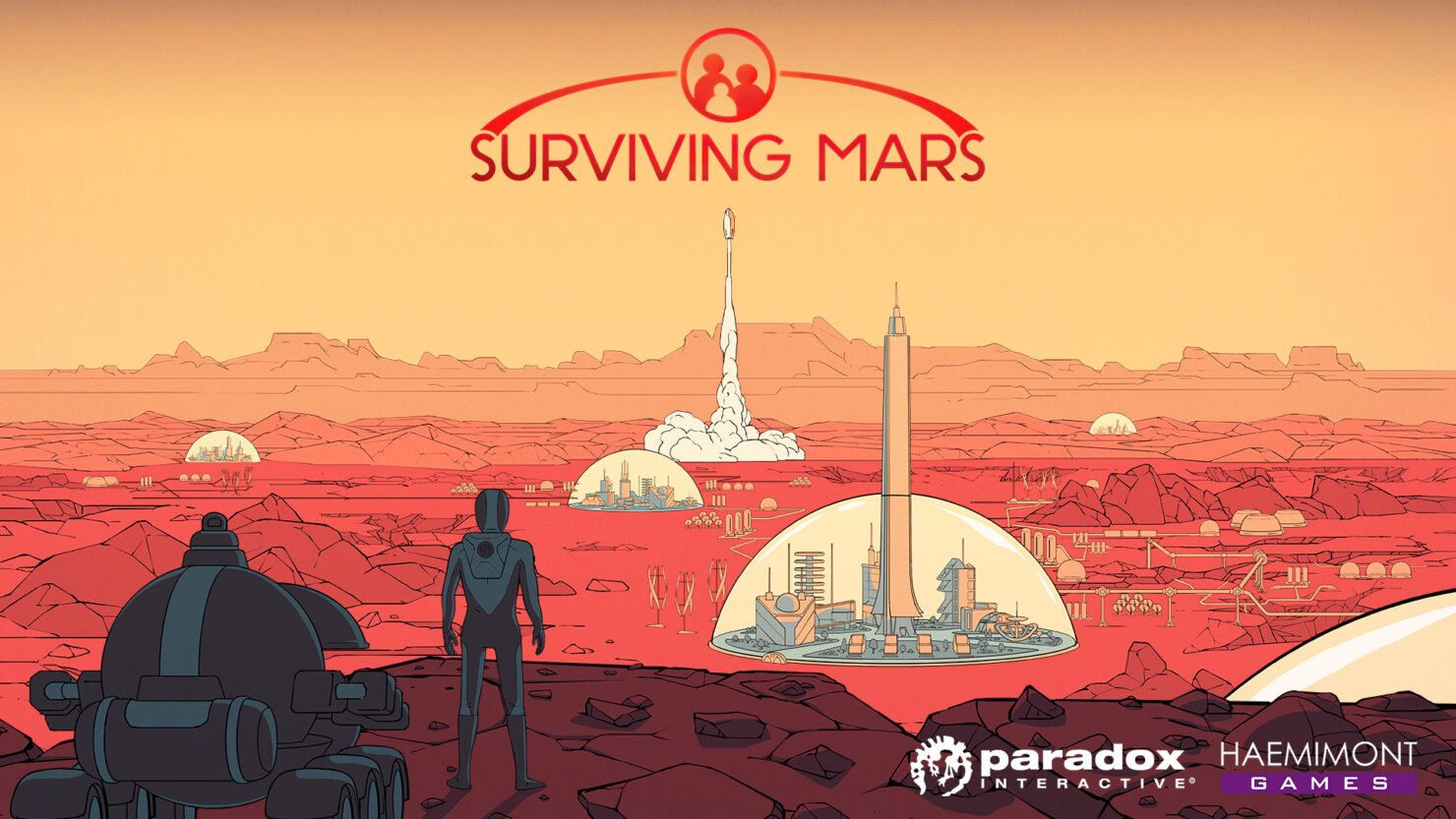 Bulgarian development studio Haemimont Games is well-known for their city-building and strategy games, though they've strayed with their last release, the action RPG Victor Vran.

Haemimont is now going back to its roots with Surviving Mars, due to launch on March 15th for PC (Windows, Mac OS and Linux), PlayStation 4 and Xbox One. As suggested by the name, the game will task players to build functioning colonies on the Red Planet.

Can you talk a bit about those "individually crafted Mars mysteries" that will appear during playthroughs? How will these modify the player's existing plans?

While the base gameplay of Surviving Mars is grounded on plausible science and our current
understanding of Mars, mysteries explore the unexpected and fantastic element of SciFi, like
encountering a strange phenomenon, attempting to interact and study it and the result of those
interactions.
Mysteries also tell a story and introduce new exciting elements to the mid and late game. With each
mystery we do a twist on a certain mechanic - sometimes the mystery might change the weather on Mars or introduce a new disaster, or maybe the colonists will suddenly start to develop strange new traits. Players will have to react to these events and take action if they want to bring the mystery to a satisfying conclusion.

Are there any plans to release a demo for Surviving Mars at some point?

No, at this point we are not planning to release a demo of Surviving Mars.

What kind of changes to the control system did you make to ensure console players will be able to enjoy Surviving Mars to its fullest?

We have a lot of experience bringing games to consoles and the challenges that come with controls
for strategy games specifically. One particular element we had to iterate on in Surviving Mars was
the controls for Martian rovers. Players can command rovers directly including giving context orders like "load this resource" or "analyze that anomaly". After testing several variants we created a set of shortcuts to allow players to quickly give orders to rovers instead of having to navigate to specific buttons for each action.
The controller specific changes to the UI are not as many as one might expect. We generally try to
design our menus and UI elements in such a way that they can be easily navigated with either a
controller or mouse oriented controls.

You said that both Xbox One X and PlayStation 4 Pro will have 4K support. However, could you share the full technical specs (native resolution, target frame rate, graphics settings etc.) for each version?

For this kind of game - long vistas, thousands of tiny and frequently moving objects - we decided to prioritize resolution over framerate, so all console versions target 30 fps.
The base consoles run at native 1080p, Xbox One X and PlayStation 4 Pro - at native 4K. The graphics settings are approximately what you'll get on PC at the "High" preset, with the only exception being Xbox One X, which gets to spend more memory on textures.

While the same textures are authored and shipped at the same resolution for all platforms, higher memory platforms get to stream them via a larger buffer, so in busy situations - say, a late-game colony with varied buildings zoomed up close - the Xbox One X will display higher resolution versions of some. There are no other graphics settings differences between Xbox One X and PlayStation 4 Pro - Surviving Mars is a very CPU-heavy game, and the difference in CPU power between the two is smaller than the difference in GPU power.

Did you consider the possibility to allow select vetted mods on consoles, a bit like Bethesda did with Fallout 4 and Elder Scrolls V: Skyrim?

Bringing mods to consoles is definitely something we are interested in and we hope we have some
news on that front in the future.

Will mod support be available at launch on PC with Steam Workshop integration?

Yes, Surviving Mars will have Steam Workshop integration and will allow players to create and
download mods on launch. Modding is something that we are very excited about and we can't wait
to see what mods our players will come up with. We also plan to continue supporting our modding
tools post-release based on the feedback of the modders.

You recently announced the Season Pass. Can you give us some insight into the kind of content
that players can expect from it?

The Season Pass will include two content packs and two expansions. While we are not yet ready to
discuss the specific details we can say that the two expansions will bring new mechanics and new
systems allowing players to play Surviving Mars in new ways. As is Paradox tradition, both of the
expansions will be accompanied by large free updates that will add new elements to the game for
everyone.