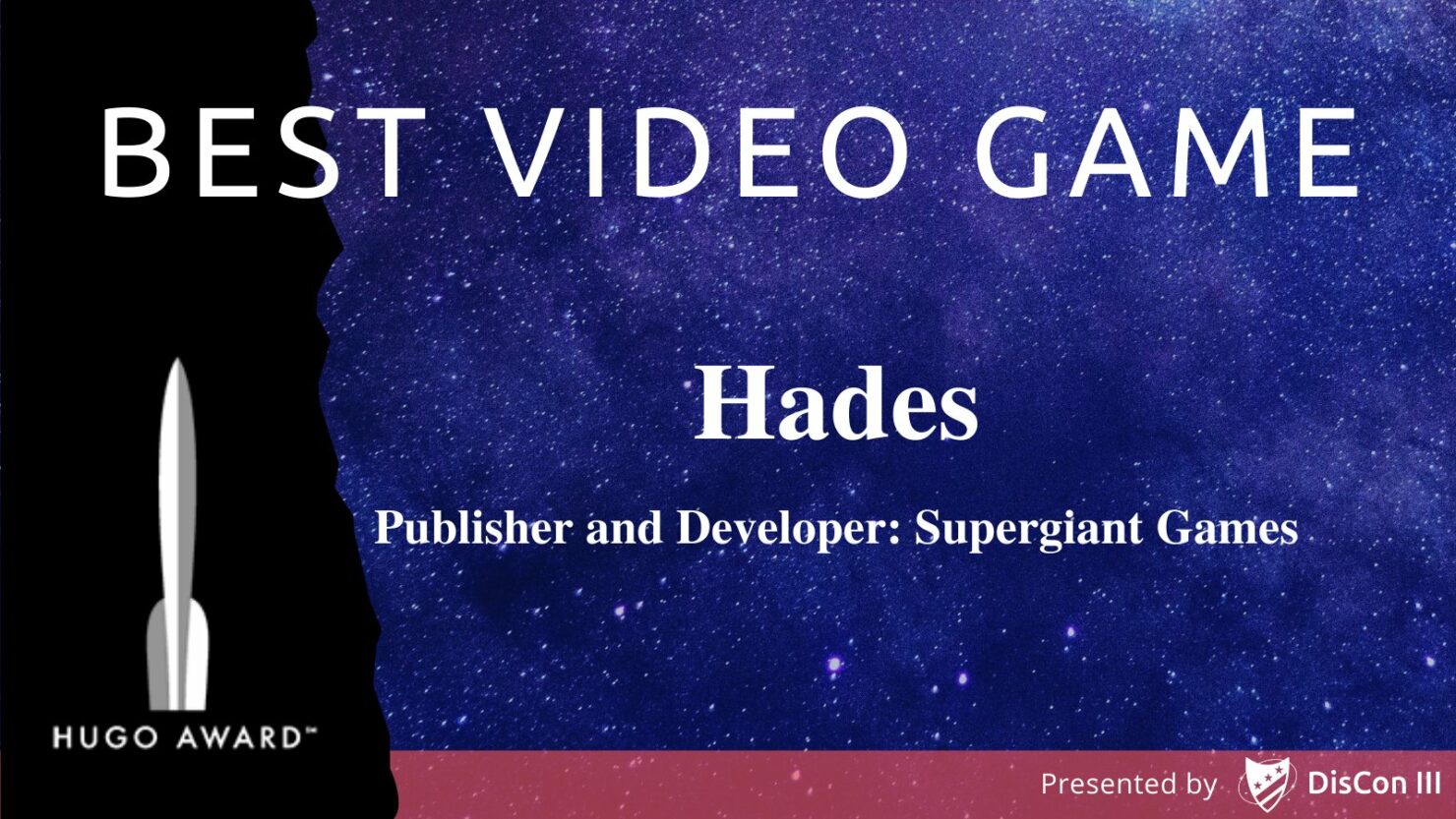 Yesterday, Supergiant's roguelite game Hades became the first-ever videogame to receive a Hugo Award. It is also likely to remain the only one, at least for the time being, as the Gaming category was added as a special one-off prize.

We are beyond honored to be the first-ever recipient of a Hugo Award in the category of best videogame. We, myself included, grew up experiencing these classic works of science fiction. To have earned this distinction, especially alongside such an incredible slate of nominees, games of all shapes and size from teams big and small, it really means the world.

Video game storytelling has come a long way over the years. Games are really unique as a medium in that they're interactive. You can really inhabit these worlds and see how it reacts to your every move, and at Supergiant we've tried to marry the traditions of fantasy and science fiction literature with that unique interactive component to create these worlds that feel as though they're alive.

We're so grateful that our work on Hades has stood out in this way, and we hope that the Hugo Awards continue to recognise the amazing work being done in this space. I'm so grateful to all my colleagues at Supergiant Games who made Hades possible, it is fundamentally a team effort.

Hades earned an extremely rare perfect score on Wccftech from our Rosh Kelly.