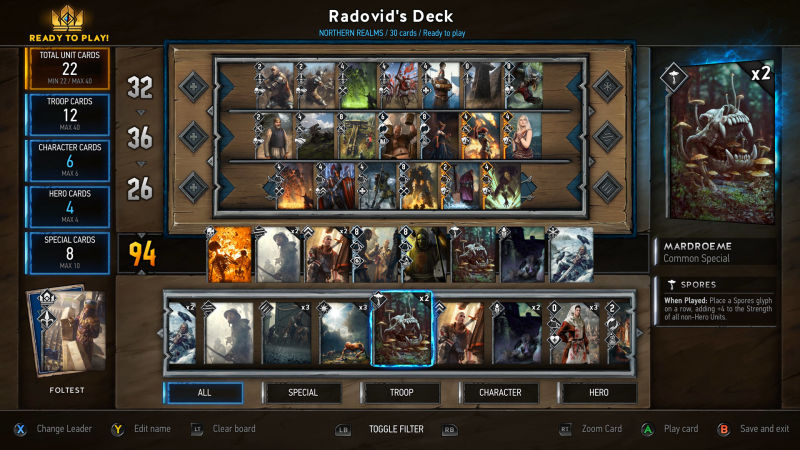 In a little over a month, some lucky players will be able to try out Gwent The Witcher Card Game thanks to the upcoming Xbox One and PC closed beta. Those attending Gamescom 2016 in Cologne, Germany next month will also have the chance to try out the upcoming card game sooner than everybody else.

“GWENT was made because of the amazing effort of The Witcher community -- we’ve received tons and tons of messages to make a standalone version happen and now we finally have the chance to show GWENT to the public for the first time! “Gamescom is one of those special events that allows us to thank gamers for their support in person. So we’d love to have a chat with you in Cologne, hear your thoughts about GWENT and get direct feedback on how the game plays for you.”

Gwent The Witcher Card Game launches on a yet to be confirmed date on PC, PlayStation 4 and Xbox One. A closed beta will be held from September on PC and Xbox One, the PS4 beta launching sometime after. We will keep you updated on the game as soon as possible, so stay tuned for all the latest news on this interesting card game based on The Witcher universe.