If you're a fighting game fan you will already know what Granblue Fantasy: Versus is because it's a new 3D Arc System Works game, and that is something you know should have your attention. After games like Guilty Gear Xrd and Dragon Ball FighterZ, ASW is known for making fighting games that look stunning and play great, and that trend continues here with ASW continuing to uphold traditional fighting game mechanical depth while making concessions for new players coming into fighting games for the first time.

The main concession is made with the AB button. The AB button is an all-purpose special attack button, which will activate the special moves of your chosen character by pressing it and a direction, eschewing fighting game motion inputs. The problem is that the use of the AB button is followed by a cooldown for each of your moves, making a strategy like staying back and zoning with projectiles impractical with the AB button alone - though the easy access can make charge moves and DP motions much easier. It's a nice tool to make new players feel like they're on an even playing field - but they're really not.

Each of the Light, Medium, and Heavy attacks can also lead to auto-combos if the button is pressed multiples times, another aspect which helps new players, and lazy intermediate players, do more without feeling overwhelmed. But these auto-combos can also raise the skill ceiling, as advanced combos will require more accurate inputs to tap out attacks without activating an auto-combo, and still keep the opponent in hit-stun.

This is a traditional fighting game and not a traditional anime fighter. For those who don't know, anime fighting games are usually characterised by high-speed, highly-technical combos, air dashes, fast reaction times and more. They are not immediately user-friendly by any stretch of the imagination, and BlazBlue's more complex combo challenges will strike fear into even experienced fighting game players. Granblue Fantasy: Versus isn't so much about speed as it is strategy. Your feet will be on the ground for most of the game, using long-range attacks to poke at enemies, and projectiles to keep them at bay. You can absolutely use rush-down tactics, but many characters have invincible moves, parry mechanics, command grabs, and more that can scupper your bold strategies.

While the game does have plenty of combos you can execute outside of the auto-combos, most of them are underwhelming unless you have your opponent in the corner. You can use the wall to your advantage to juggle your opponent and extend your combos, but without the wall, most of your combos probably won't last as long as you'd like. But this is another testament to the smart design. You must play to keep your footing, pushing your opponent into the corner without being backed into one yourself, focusing on your command of the stage. You can jump over or dash past opponents, but smart enemies will catch slow jumps and will grab you out of dashes.

Your strategies will vary greatly between the base roster of 11 characters - and an extra unlocked once you've completed RPG Mode. Unlike Dragon Ball FighterZ's large roster of very similar characters, Granblue Fantasy: Versus has a humble roster of characters that all play very differently. Ladiva's Zangief-like command-grab style, Charlotta's stage-controlling charge attacks, Vaseraga's huge sweeping normals and slow speed - each has strengths and weaknesses you must learn in order to play as and against them, and it's great fun figuring out how to use each. Quick tip for Gran: EX Timbs.

But that is just the fighting itself, Granblue Fantasy: Versus also includes a robust RPG mode, modeled after the mobile game everything is based on. You'll even be earning premium draw tickets in order to pull weapons out of a random gacha distributor - but don't worry, this doesn't actually use any premium currency, and there are no microtransactions. In RPG mode each fighting is punctuated by cutscenes with characters. As usual in fighting games, characters have lost their memories and are fighting our heroic protagonists, before getting beat down and coming to their senses. The story is serviceable and frankly ignorable, and it can become tedious before long.

This is because in RPG mode you'll primarily be hacking through nameless goblins, slimes, and other boring enemies, with a few more interesting and entertaining boss battles sprinkled through. Though you can spice up RPG mode by either calling in online players, having a player 2 pick up the pad and fight through most of the RPG battles with you. This made RPG mode dozens of times more enjoyable for me, and I played through much of it with a friend in a single sitting after lacking the motivation to play it solo. A really nice touch.

And of course, you can expect online lobbies, ranked battles, local versus, Arcade mode, combo challenges, and a robust tutorial… Everything you expect in a fighting game is here, no corners cut, and it's great. Arcade mode is fun, playing against friends is fun, and when I had a seldom low-lag game against players in my own region I found the online experience to be, for the most part, very smooth, and I'm excited to get back in to play even more.

Finally, it must be said that while Granblue Fantasy: Versus looks very nice indeed, it's arguably a step down from Dragon Ball FighterZ in this area, and really doesn't hold a candle to what we've seen from the upcoming Guilty Gear Strive. It looks good because ASW's visual style is so captivating, not because it's an improvement on what they've done before. This feels like an incredibly trivial gripe when the game looks as good as it does, but it can look less impressive if you've seen a lot of DBFZ and Guilty Gear Xrd. As a final note, the music is often great. Some really cheesy songs during boss battles made me grin in a good way, and the reflective menu music is great when I want to cry after a brutal loss online. 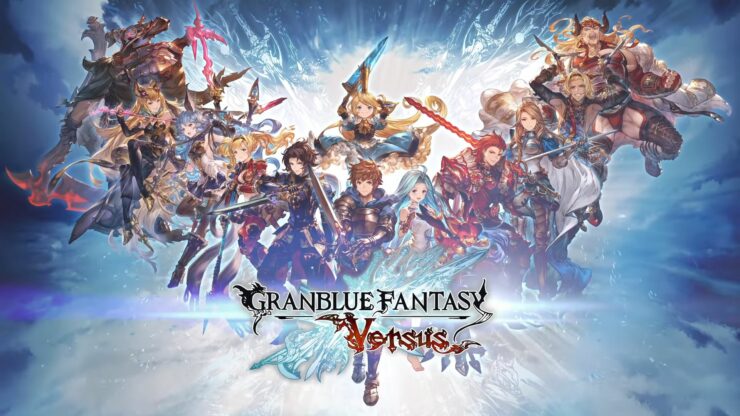 Granblue Fantasy: Versus is a top-quality fighting game. It looks great and has carved out its own niche, introducing a style of gameplay that is both familiar and very new. The varied cast of characters and fun RPG mode enhance what is an already excellent package. A great game both for less experienced fighting game players who are interested in the genre, and an essential for those looking to conquer yet another game in ranked mode.