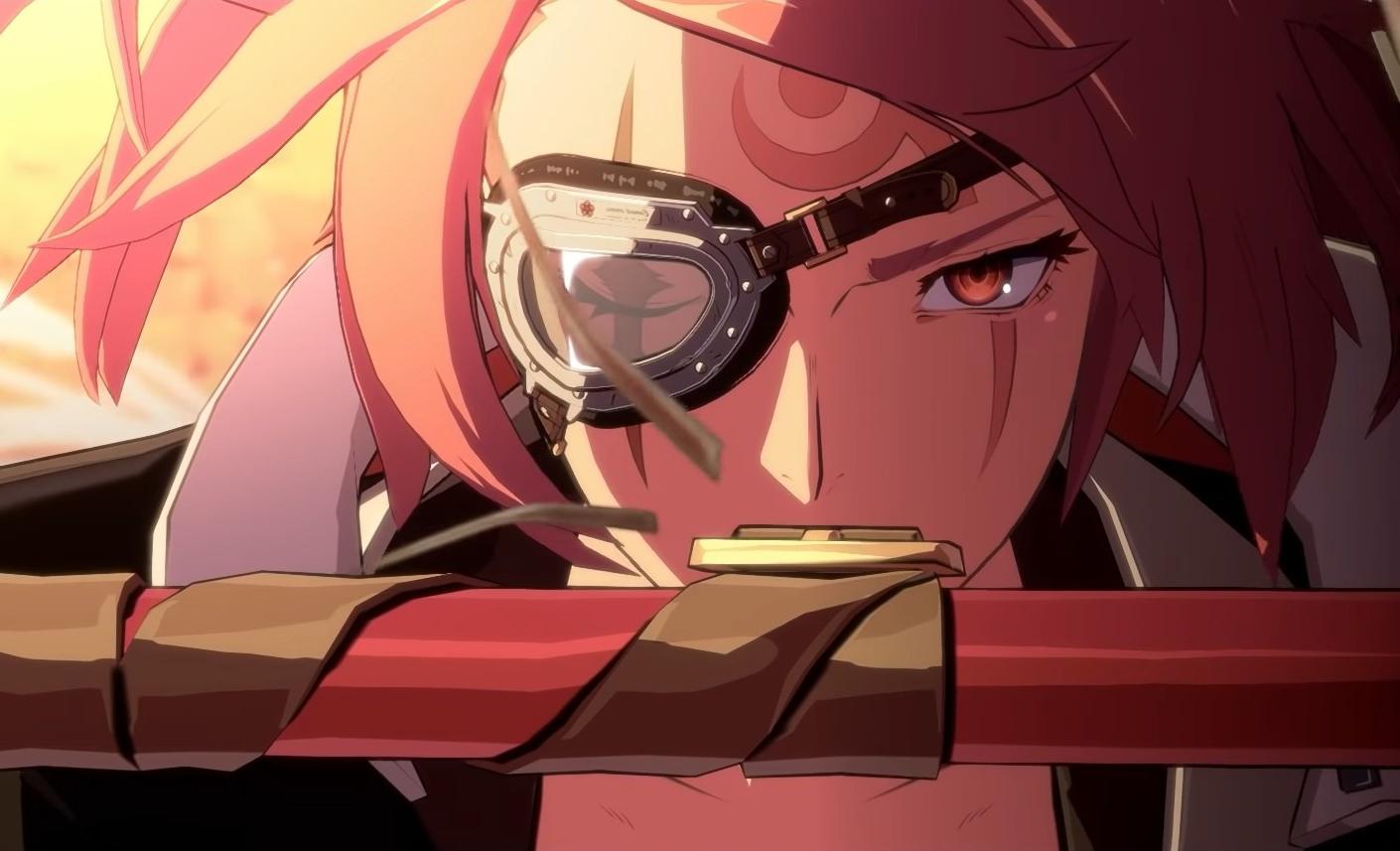 Guilty Gear Strive closed out CEO 2021 at the beginning of last month with a massive reveal; fan-favorite character Baiken would be returning as the game’s fourth DLC character. And since then, radio silence, other than them saying that she releases at the end of this month. However, that notion changes today.

Earlier tonight, the development team at Arc System Works released not one, but two videos for the upcoming DLC. The first is her official gameplay trailer, containing a spotlight of her gameplay, along with her stage and theme, which you can watch below.

An immediate point of note is that Baiken’s normal throw has a unique mechanic to it, separate from every other throw in the game; upon doing so, she attaches a hook to the opponent, keeping them close. Baiken can also attach this hook if her Kabari special move makes contact with the opponent.

Secondly, the team also revealed a Starter Guide for Baiken, focusing on her special moves and unique mechanics. You can watch that breakdown video below. Use the video to learn the ins and outs of Baiken.

There’s one thing that wasn’t answered, and that’s how it’ll behave with teleports and other specialized movement tools like that (such as Happy Chaos’s dodge roll or Faust’s teleports) because that could be a bunch of physics bugs waiting to happen. Other highlights include access to instant aerial overheads in Youzansen, a counter that can nullify incoming physical strikes with Hiiragi, and a fast projectile super that can be used in the air with Kenjyu.

Baiken and her stage will be releasing this Friday, January 28th, 2022 as paid DLC content for Season Pass holders. If you want to purchase her individually, you’ll have to wait until January 31st (this coming Sunday). Guilty Gear Strive is available now on PlayStation 4, PlayStation 5, and PC via Steam.