We are only about a week away from the moment that every avid PC gamer has been waiting for since long. The most overwhelming open world action-adventure video game of the last-gen, as well as latest consoles, is finally coming to PC with all its perks. With 4K resolution support and a smooth gameplay running at 60 frames per second, the PC version of GTA V has a lot more detail and pixels to offer than all the previous console versions, and the hype among the community is such that the game is already topping the Steam sales chart. 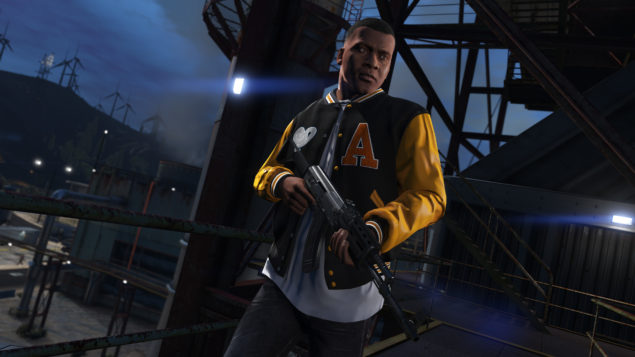 The highly awaited and most anticipated PC version of Rockstar’s all-time hit GTA V is launching next week, but now that Rockstar has announced that players who have pre-ordered the game from Rockstar Warehouse or Steam will be able to pre-load it starting April 7th, it seems like the eager fans have decided to shorten the period of wait by purchasing the game already. Steam’s top ten most sold video games chart for previous week emerged recently on the internet, showing that the PC version of Rockstar’s almost two year old open-world crime game is leading all the titles. You can check out the list below for yourself.

Looks like players are already raking off massive 65GB of their HDD space for the upcoming PC version of GTA V. This also isn’t the first time that GTA V has been in the top 10 weekly most selling video games on Steam. According to Blues, the game was leading Steam’s top 10 sales chart the week before, on March 29th, 2015 as well. The week before that, on March 22nd, city-building simulator known as Cities: Skylines was on the top but GTA V was still among the top three most selling games listed on the weekly chart.

Now interestingly, IGN reported last month that Colossal Order’s Cities: Skyline managed to pass 500,000 units in sales within the first six days after its launch on March 10th. This means that while the city-building simulator held the leading spot on Steam’s sales chart between March 15th and March 22nd, it sold more than half a million copies in only a week after being released for PC platforms. That, reportedly, puts GTA V on the sales chart with somewhere around 250,000 copies sold, by comparison. If the game keeps selling by the same rate, Rockstar is looking at more than a million copies of GTA V sold before it is released for PC on April 14th, and that is just the figure for pre-orders on Steam.

Next week is, of course, going to be a big one for PC gamers, since PC community started to sign petitions for the PC version of GTA V way back in 2013 when it was first originally launched on the PlayStation 3 and Xbox 360 consoles. If all the current hype for the game remains whole on the launch date, Rockstar could expect a massive payoff for all the efforts the development team has put into creating this masterpiece.