Update: The in-game screenshots of GTA V (PC Version) have been confirmed as fake and the information was mostly bogus. There's no real update from Rockstar surrounding the system requirements or graphics options which will be featured for the upcoming PC version of GTA V. The only thing which Rockstar can confirm at the moment is the release date which remains unchanged from its original time-frame of 27th January 2014.

Rockstar’s most critically acclaimed best-selling action-adventure open world game is only a few weeks away from hitting streets for PC platform, and while the developer itself has little to show and say about the game, it seems like it is time we started seeing in-game media content and other gameplay details about the game being leaked online. The first alleged in-game GTA V PC screenshots have already surfaced on the web, showcasing advanced graphics options, and visuals that look very similar to the PlayStation 4 version of the game. 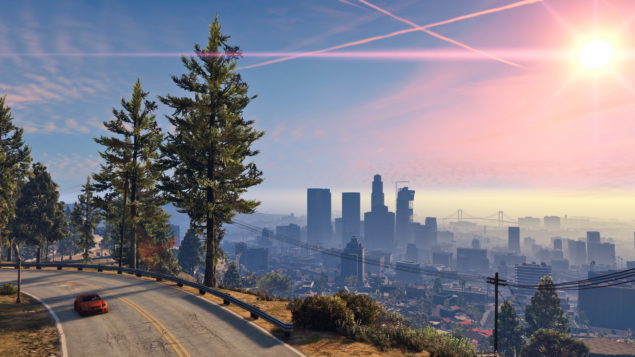 Almost every PC gamer across the globe is looking forward to grab a copy of the remastered version of Rockstar’s all-time hit, record-breaking video game title that pitches the open-world freedom, storytelling, mission-based gameplay and online multiplayer into a novel direction. Rockstar has done a great job in porting GTA V over to the latest consoles, and how well the developer has managed to make the game look and perform better on PC is yet to be seen. However, if the leaked PC screenshots of the game are to be believed, it seems like the improvements are rather light, and visuals are comparable to the latest console versions of the game.

Following the unconfirmed system requirements of the game that surfaced earlier this week, the first batch of in-game GTA V PC screenshots has allegedly been leaked online by a NfoHump user who claims to have acquired it from an unknown person that works in a PC game magazine firm. Along with visuals and texture detail, the provided screenshots show the in-game settings menu of the game that looks “almost similar to the GTA IV’s settings menu,” and contains advanced graphics options. Below is what the source had to say about the GTA V PC version along with the screenshots.

Of course, the screenshots shared above come from an unknown source and have not been confirmed to be legit by Rockstar officially. A number of users on the forum have stamped the screenshots as fake, so for now, all we can do is take all this with a huge grain of salt and wait a few more weeks to see if that extra time in the oven really pays off. Rockstar has been contacted for an official word on the topic so don’t forget to check back as this post will be updated with new details.