After several delays, the PC remastered version of Rockstar’s highly anticipated open world action-adventure video game called GTA V is only a little more than a month away from hitting the streets, and while there haven’t been much word and in-game media content for the game on the web, except some leaked in-game GTA V PC comparison screenshots, it seems like the developer has something special in store exclusively for Nvidia users. While there is no word on whether the game will support AMD’s Mantle API, the listing for GTA V PC on Nvidia’s GeForce webpage suggests that the game will take advantage of the effective TXAA Anti-Aliasing solution for eliminating in-game jaggies and rough edges. 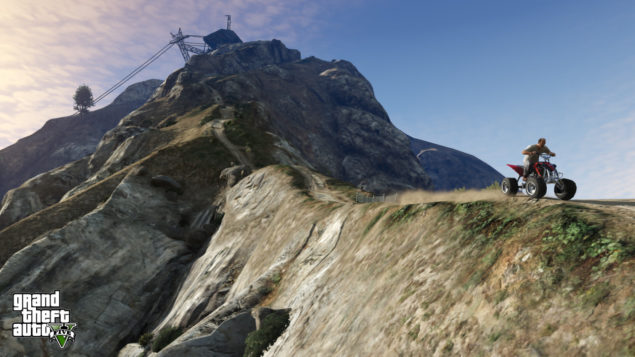 Nvidia recently listed an interesting exclusive feature that will allow the PC version of GTA V to put out better visuals with less jaggies. According to the game’s listing on the GeForce games page, the PC remastered version of one of the best games of all times will support TXAA; Nvidia’s anti-aliasing solution that enhances the in-game player experience by smoothing out rough edges and eliminating jaggies. The TXAA tech has been designed specifically to reduce temporal aliasing (crawling and flickering seen in motion when playing games). It is a mixture of high-quality MSAA multisample anti-aliasing, post processes and NVIDIA-designed temporal filters.

To make the supported 4K resolution more accessible to the players who have not yet shifted to 4K displays, Nvidia is also offering its DSR (Dynamic Super Resolution) tech support for the game. This means that players will be able to play GTA V with more detailed resolution in 4K-quality graphics on their simple 1080p displays. However, other than that, no other Nvidia features such as PhysX or HBAO+ have been listed for the game, so it means that Rockstar might have used some universal solutions for physics, hair/fur, and ambient occlusion. 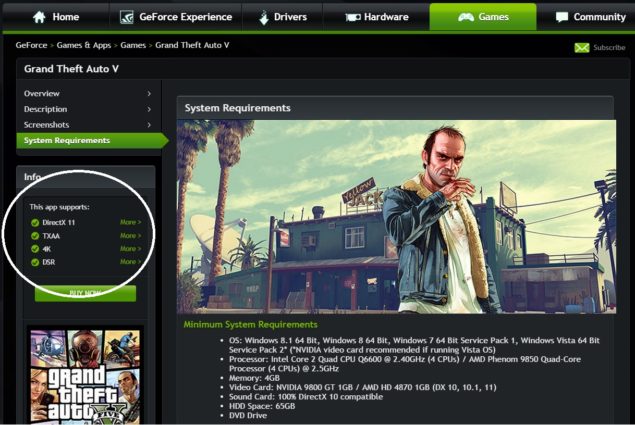 On the other hand, conflicting the previously emerging rumors about GTA V’s support for AMD’s Mantle gaming API, neither Rockstar nor AMD has rolled out a word on whether or not the upcoming PC version of the latest Grand Theft Auto title will allow players to run it with low-level rendering Mantle API. Mantle’s support was also rumored for some games that released last year, however, it wasn’t actually implemented in the end. Taking Ryse: Son of Rome as an example; the PC version of the game was rumored to support Mantle until its release, but that never happened. So, until we hear a word on the topic from the officials, nothing can be said for sure.

GTA V PC remastered version will hit the local market next month on March 24. Rockstar has not revealed any information about the development team behind the upcoming version of the game, but it is apparently the one that was responsible for porting Max Payne 3 over to PC. GTA V was meant to launch in January this year but the game was delayed for more polishing and better optimization.