After much speculation, Rockstar finally provided PC gamers with a release date for GTA V, the upcoming next-gen overhaul of a blockbuster last-gen open world action-adventure video game. But as crashing it might sound, it will be only a couple of months after the publisher pushes out the remastered version of the game for the latest PlayStation 4 and Xbox One consoles that PC gamers will be able to enjoy it ultimately. The delay of GTA V PC version has sparked a lot of discussions, and Rockstar has now issued an explanation as to why the delay is in the best favor of PC gamers. 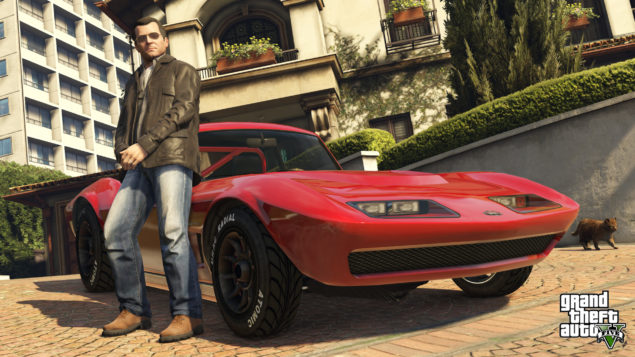 Rockstar recently revealed some new details about the next-gen version of its record-breaking GTA V title, including new trailer, screenshots and release date of the game. It was announced that PlayStation 4 and Xbox One users will only have to wait two more months before the game launches on November 18. However, PC gamers will have to wait even more as they won't be able to play the game before January 27, 2015. Of course, now that is not something that PC gamers were expecting, so players are pretty pissed, however, Rockstar has offered some explanation on the topic.

According to a featured comment at the top of Rockstar's original announcement post, GTA V PC version was delayed because it needs to be more amazing and immersive, and only a little more development time will allow the developer to polish the game for ultimate gameplay experience. Rockstar stated:

“We’re glad to see so many of you are excited for the upcoming release of the new versions of GTAV and we look forward to sharing more details with you soon. We are also incredibly excited to be bringing GTAV to the PC, but the game requires a little more development time in order to ensure that it is as amazing and polished as possible.”

Complete GTA V PC optimization before release is actually crucial and necessary, unless if you are ready to accept the game in a launch state very similar to Grand Theft Auto IV's. During the this time period, there is a possibility that Rockstar might even work with Nvidia to provide best next-gen visuals to PC gamers. Rockstar's game testers are already testing GTA V PC version on Steam so hopes are that the game will land very smooth on the most powerful gaming platform.