Two weeks ago during its E3 2014 press conference, Sony took the veils off the next-gen version of one of the most critically acclaimed and record breaking last-gen video game known as GTA V. The game was announced for PlayStation 4 console at the platform holder's press briefing, and later, Rockstar released a trailer of the game confirming its presence on Windows PC and Xbox One as well. Below is a GTA V PS4 vs PS3 full trailer comparison that shows the impressive new additions to the next-gen version of the game. 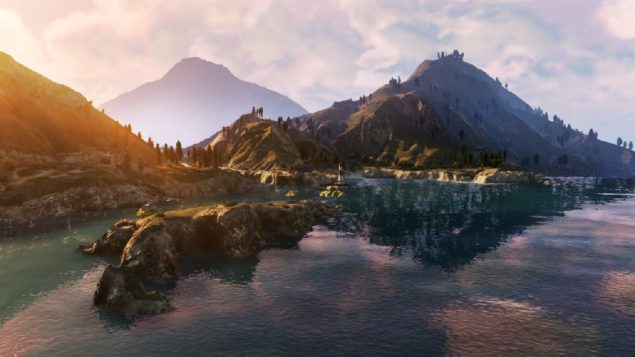 With the announcement of GTA V for next-gen consoles and PC, Rockstar clarified that this is not like any other simple video game next-gen port. Rockstar North, the developer of the game, took complete advantage of the hardware potential that the PlayStation 4 and Xbox One pack. To show off new impressive graphical improvements, the publisher released a trailer of the game running on the PlayStation 4 console.

To see how the claims hold up, Digital Foundry prepared a GTA V PS4 vs PS3 trailer comparison matching the scenes shown in the trailer with scenes taken from PS3 version of the game, and the results show that the next-gen port of GTA V is not merely a newly improved version of the original game, instead, the developer has recreated the whole in-game world using the power of next-gen consoles and PC. The trailer shows that PS4 version of the game is simply much more lively.

It seems like Rockstar North has improved everything from small texture details to particle effects and lighting, and most likely resolution and frame rate. The developer has not revealed anything about the frame rate and resolution of GTA V running on the next-gen consoles and PC, but if this is what PS4 users will get, then it looks like PC gamers will have the winner later this year. Keeping PC and Xbox One versions of the game aside as we don't have any official media content taken from them, here is a GTA V PS4 vs PS3 trailer comparison that shows nothing but how much epicness the next-gen GTA V grips.

GTA V will hit PC, PlayStation 4 and Xbox One this fall. What do you think about the next-gen post of the game? Let us know in the comments.