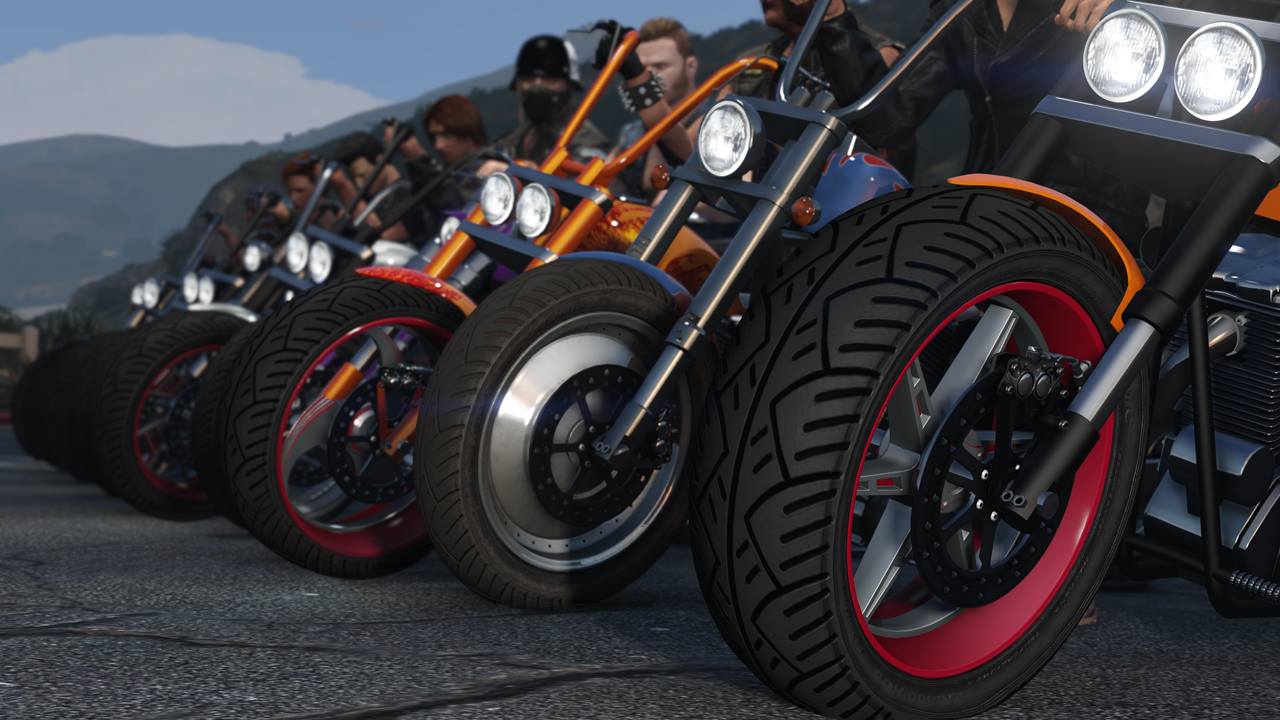 GTA Online is getting the highly anticipated BIKERS DLC. Players will be able to form and lead a Motorcycle Club for up to eight players.

Bikers will introduce new roles to play from fresh Prospects to club Presidents with a massive slate of new competitive and co-op gameplay, along with a range of new motorcycles, properties that include MC Clubhouses with a special custom Biker mechanic, and venues for seedy business ventures.

Beyond a range of opportunities to climb the ranks within a gang and build lucrative businesses as a formidable MC, Bikers also includes a selection of appropriately-themed new modes for bikers of all kinds, along with new weapons, styles, tattoos and features to make this a huge addition to the world of GTA Online.

The BIKERS DLC is yet another one produced by Rockstar Games for GTA Online. Just this year, Further Adventures in Finance and Felony allowed players to impersonate a criminal CEO expanding his/her operation in town; Cunning Stunts added sixteen stunt races and shortly after that even a Stunt Race creator tool, allowing players to create their own race and share them with the community; new adversary modes like Power Play, Entourage and Trading Places were also introduced.

That's because GTA Online exceeded Rockstar's expectations and still manages a thriving community several years after launch. Unfortunately, that also means Grand Theft Auto V never got its deserved single player DLCs and at this point in time, it probably never will.

Are you still playing GTA Online on PC or console? Let us know in the comments.