There is still more than a month left before the next-gen remastered version of Rockstar’s all-time hit, best-selling video game called GTA V hits PC, but thanks to the PC modding community, you don’t have to wait with gripe. You might already know about the outstanding GTA IV iCEnhancer mod that completely redefines the way Rockstar's six-year-old game looks like on PC by boosting its visuals and texture detail to a whole new level. Well, the modder behind iCEnhancer is working on a new update that will further enhance the graphical aspects of GTA IV and make it look more photorealistic. Here are some new details and first screenshots for the upcoming iCEhancher C mod. 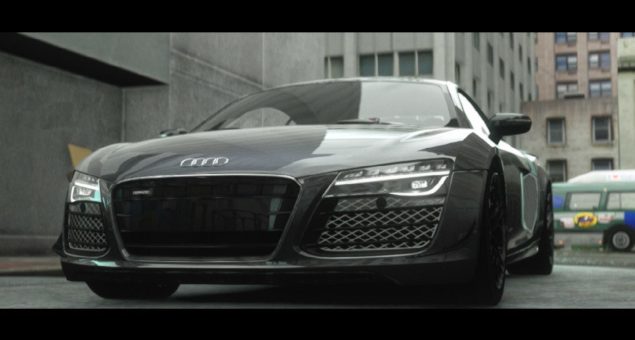 GTA IV iCEnhancer C Adds New Photorealistic Texture Detail to the Game Along with Some Extra Perks, and is Based Upon Two Presets

While console players are already enjoying the next-gen version of GTA V, PC gamers are as well doting on the previous title in Rockstar’s famous open world action-adventure video series. One of the reasons behind the six-year-old GTA IV’s healthy functionality on PC is the widely known iCEnhancer mod that makes the game shine like something new out of the box. Giving a boost to the in-game effects like lighting, rain, color processing, and texture detail, and adding new depth of field, iCEnhancer improves the overall gameplay and visual quality of GTA IV, making it look like the console versions of GTA V.

To make sure you don’t realize that you are playing more than half a decade old game on PC, the mastermind behind the iCEnhancer mod, Hayssam Keilany, aka ‘icelaglace’ keeps updating the mod with new fixes and features, and just recently, he released a bunch of direct-feed screenshots for GTA IV running with the upcoming version of the mod known as iCEnhancer C, which while simplifying the system, will offer better stability, less fog effects, improve shaders, and more.

According to the modder, the GTA IV iCEnhancer C mod will be based upon two presets, the first preset will be less realistic than the second one, however, both of them will be graphically impressive and will add some new perks to the game that will make it look even better than some recently released major next-gen video game titles. The rough patch notes, posted by the modder on GTA IV iCEnhancer’s Facebook page, list new features that you can expect from the upcoming version of the mod. You can check them out below.

- 2 presets, one more realistic than the other.
- I had to create a new time cycle so the look is quite different...
- No "red sky" at night...
- Quite different than 3.0, no godrays, etc. no fancy effects.
- Anamorphic lens flare (Sponsored by Mountain Dew and Doritos.)
- Some little extras that I'll show on videos or pictures.
- I spent a lot of time fixing IV shaders themselves which means no more weird sphere/blob lights in interiors or exteriors
- Fixed almost all the lights during night, no more over brightness let's say. Even interiors should be fixed now. (will release as stand-alone patch for ENB modders as it's an issue that is quite annoying)
- Did some pretty water that looks good even on Very High (used to play on Medium for the water because it's nasty)
- Less tweaking and stuff, it's a drag&drop package with not much things to change, sorry.

Overall or TL;DR : Much more stable stuff, less fancy bloomy whatever. Clean as f*ck and cool stuff coming with it.
Also few things I experimented with, that might arrive with, not sure yet as some gives me some trouble.:
- Displacement mapping on some objects ( currently having issues with peds, displacement on peds is nasty brah)
- Full reflections (trees, peds, etc) (currently having issues with fresnel on cars and dual reflections)
- Procedural details on cars. (Allows wet textures like Project Cars too) (Seems to work fine, might keep it)

In the screenshot galleries below, you can see how each preset will thicken the graphical detail and offer better visuals. Note that the screenshots are low-resolution and compressed as they have been taken while the new version of the mod is still in works and were shared on Facebook.

GTA V: Why PC Version is the Game to Have