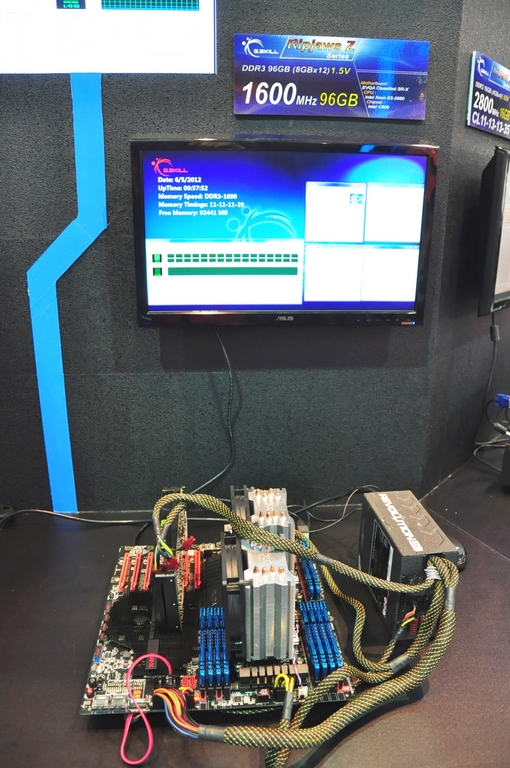 Things seem to be going overboard at Computex this year. From custom PCB 7970 X2’s to dual GPU ASUS motherboards, every major PC hardware manufacturer is out it to set its name in the crowd sky high.  And when you look in the memory department, G.Skill succeeds to impress yet again.

Apparently this time, G.Skill showed off the largest memory computer system at the exhibition with a total of 96 GB (12X8GB) of DDR3 RipJawsZ 1600 MHz memory running on EVGA’s latest SR-X motherboard.