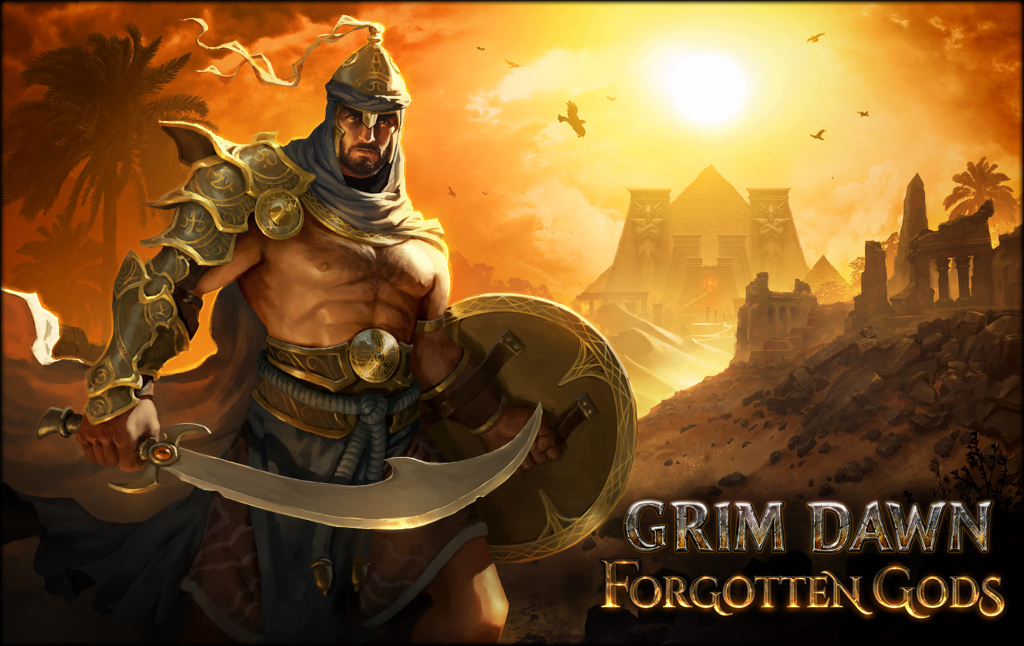 Forgotten Gods, the third major expansion for the hack 'n' slash action RPG Grim Dawn, launched yesterday on PC with a few months of delay on its original late 2018 schedule. It's available via Steam, Humble Bundle Store and GOG.

You'll need not only the base Grim Dawn game but also the previous expansion (Ashes of Malmouth) to play Forgotten Gods. The game is also expected to hit Xbox One soon, but Crate Entertainment didn't provide a release date yet.

Journey beyond the bounds of the Erulan Empire, traversing burning sands, lush oases and volcanic wastes to reach the sun beaten ruins of a city with secrets that should never have been disturbed. The flames of a forgotten god have been rekindled, sending ripples through the Eldritch realm and sowing terror even among the Witch Gods themselves. Discover hundreds of new unique items, unlock all-new mobility powers and venture into a brand-new game mode with endless replayability.

The Ascent Is a Gorgeous Top-Down ARPG Coming This Year on Xbox Series X, Xbox One and PC