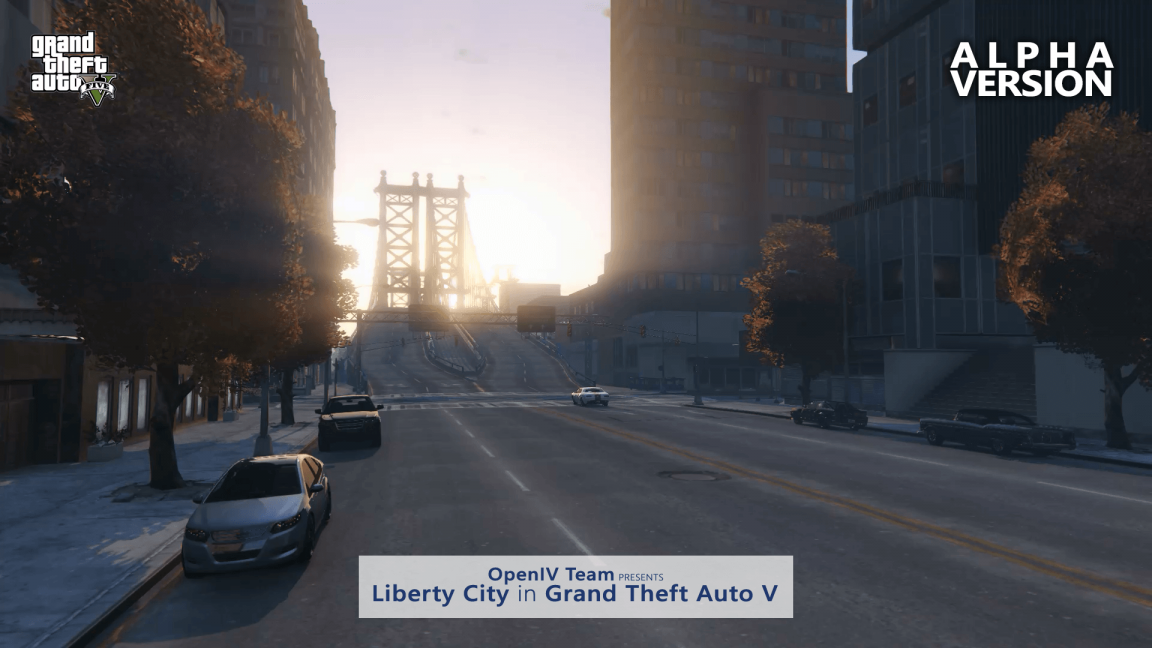 Earlier this month, we have reported that modding team OpenIV started working on an ambitious Grand Theft Auto V mod which aims to replicate Grand Theft Auto IV's Liberty City in the latest entry in the series. With development being far from finished, there isn't much the team can show right now, but a new batch of screenshots has been made available to show the development current progress.

The new Grand Theft Auto V Liberty City mod screenshots, which can be found right below, definitely look good, considering they're from the alpha version, so we should expect a faithful rendition of one of the most important cities of the Grand Theft Auto universe.

As the team doesn't have the rights to distribute Liberty City as their own work, players will require a copy of Grand Theft Auto IV to explore the city in GTA V.

Q: How this will work?
A: You will need to download a convertor tool with some additional assets. This tool will convert Liberty City from your copy of GTA IV into GTA V.
The converter tool will create a single player DLC pack, which will be installed into your GTA V.

Grand Theft Auto V is now available in all regions on PC, PlayStation 4, PlayStation 3, Xbox One and Xbox 360. We will keep you updated on this massive mod as soon as more comes in on it, so stay tuned for all the latest news.