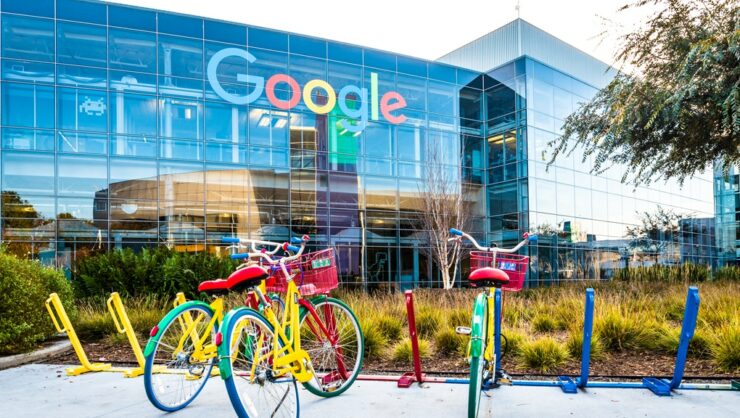 Aegis Capital Corp. has raised its share price target for Google’s parent company Alphabet (NASDAQ:GOOGL) by a whopping $375 to a new street-high estimate of $1,800.

Bear in mind that Alphabet’s current stock price is hovering around $1,445.60, as of 10:54 a.m. ET. This, in turn, corresponds to a market capitalization of $1.02 trillion. Should this prognostication by Aegis come to fruition, Alphabet would be looking at a market cap of $1.27 trillion.

Reasons behind this massive Alphabet upgrade

Aegis analyst Victor Anthony said the following in his note to investors:

"Google Cloud will continue to scale this year as the unit reaps the benefits from investments in engineering and sales headcount."

As a refresher, Alphabet earned total revenue of $40.5 billion in the third quarter of 2019. Of this aggregate sum, the ‘other’ revenue category – comprising of the Pixel lineup, Google Cloud services, etc. – provided a contribution of $6.43 billion, ahead of consensus expectations of $6.32 billion, as per the data provided by FactSet. This represents an annual growth of 39 percent that was“once again fueled by cloud”, as per the statement by Google CEO Sundar Pichai at the time.

Bear in mind that Mr. Pichai had informed reporters during the earnings call for the second quarter that Google Cloud has now reached an annual revenue run rate of over $8 billion. Nonetheless, the company did not provide an exact number for the segment’s contribution to the company’s headline growth in third quarter of 2019.

This intentional exclusion did disappoint investors particularly as Alphabet has invested considerable resources in this segment. As an illustration, the company announced back in June 2019 that it will purchase the data analytics provider Looker for $2.6 billion. As envisaged by Google Cloud’s chief Thomas Kurian, Looker’s acquisition will allow the tech giant to enhance its ‘BigQuery’ tool for managing large datasets in the cloud.

“While we deepen the integration of Looker into Google Cloud Platform (GCP), customers will continue to benefit from Looker’s multi-cloud functionality,” Mr. Kurian had said in June.

Additionally, Mr. Kurian has hired over a dozen top-tier executives from competing cloud companies since he took Google Cloud’s reins earlier this year. This, in turn, provides empirical evidence of the general view within Alphabet where cloud services are viewed as one of the key growth drivers for the company. As things currently stand, however, Amazon (NASDAQ:AMZN) leads the cloud sphere with a share of 33 percent of the market, as of the third quarter of 2019. This is followed by Microsoft (NASDAQ:MSFT) which controls about 17 percent while Alphabet currently retains only 7 percent of the market.

Another reason provided by Mr. Anthony for the Alphabet upgrade is the 20 percent plus annual growth in Google’s advertisement revenue expected this year.

Bear in mind that advertisement continues to be a major revenue driver for Alphabet and Google’s division rakes in 99.6 percent of the company’s total revenues. In a remarkable feat, Google began the past decade with revenue growth of 24 percent and ended it with the same breakneck pace. For the fourth quarter of 2019, the company is expected to report an annualized growth in revenue of 20 percent even though the magnitude of this metric – at over $160 billion – is about five times bigger when compared with 2010 levels. A booming mobile advertisement segment has been responsible for much of this growth trajectory with the segment overtaking Google’s traditional desktop search business in 2018.

Additionally, the Aegis analyst valued Alphabet’s YouTube at $200 billion due to the continuing usage growth and Waymo at $60 billion despite its slower-than-expected ramp.