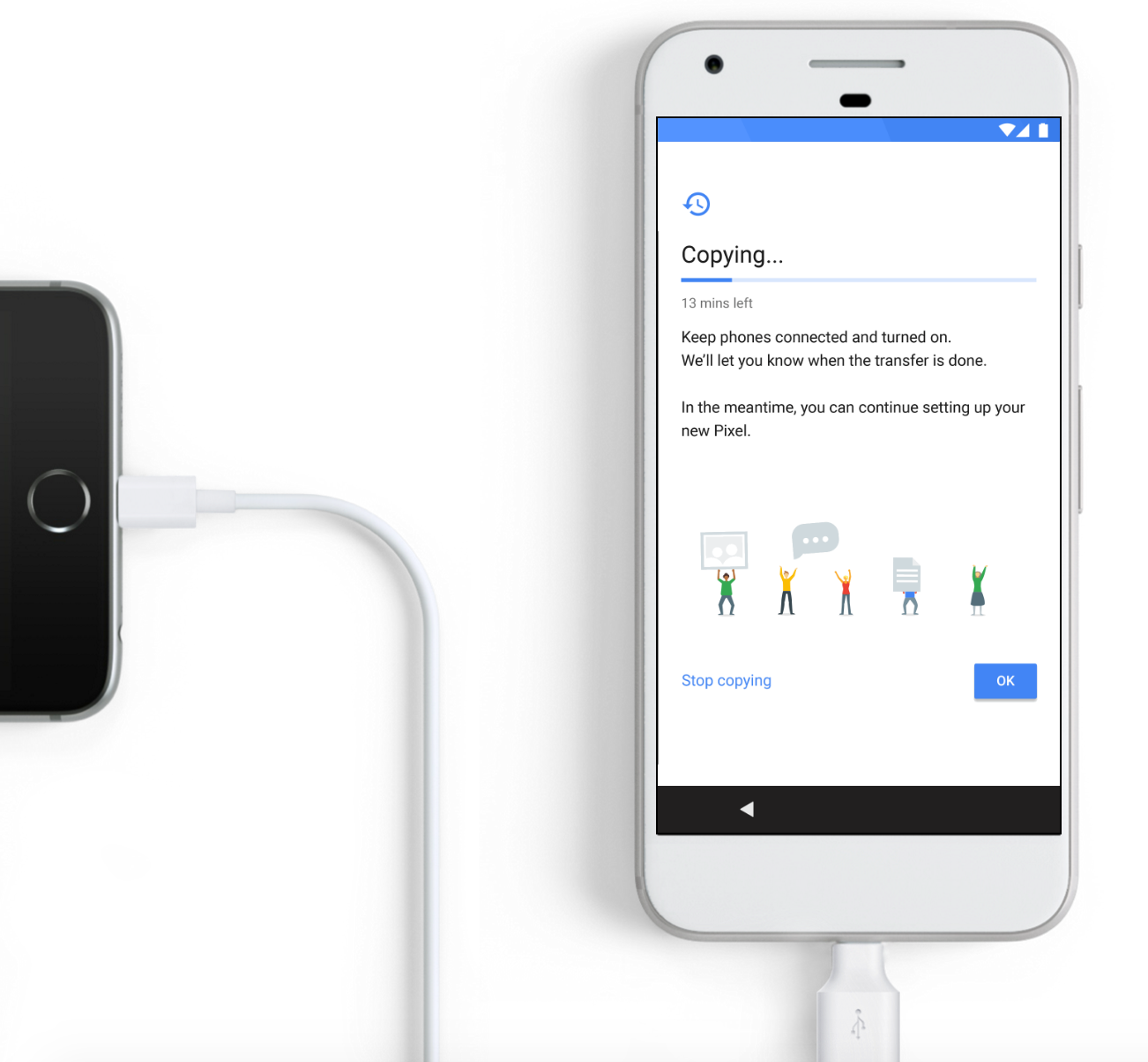 Already considered as the first real threat to Apple's iPhone lineup, Google is really serious about its new Pixel and Pixel XL smartphones. The company has designed the new phones to make them capable of taking on the new iPhones in every aspect. From camera specs to new colors (seriously!), today's unveiling was probably Google's first serious attempt at taking a bigger share of the smartphone hardware market. Want to ditch your iPhone? Google will now walk you through to help you switch from iPhone to Pixel smartphone.

How to switch from iPhone to Pixel - Google has the answer

Mirroring Apple's advertising techniques to switching mechanism, Google is now offering helpful instructions to anyone who is looking to switch from their current iPhone to the freshly released Pixel smartphones. Here's what you need to do if you want to switch your Android or iPhone to the brand new Pixel phone:

Wait for the Pixel to do the transfers. You can finish setup and explore your new Pixel while transferring contents. Google is also suggesting you to connect to Apple's deregister tool, in case you have already removed the SIM before turning iMessages off.

Google has shared the following list of devices that can be switched to the new Pixel with just a few simple steps.

Well, Google is certainly serious about its new Pixel smartphones, and doesn't want us to come across any difficulties when trying to make the move. If you were uninspired by Apple's lack of camera features for the smaller iPhone 7 and want to buy the new Pixel smartphone, at least moving your data won't be a problem.