We all have been subjected to internet trolls. Mostly when we post a comment, and someone starts trolling by using offensive content and links. Google has been looking out for such internet activities and is now coming up with an open solution that will help moderators in shunning trolls from their website. Google is launching Perspective, which is a technology based on machine learning. Developers can use Perspective API to get access to an array of anti-harassment tools.

Google has collaborated with Jigsaw for Perspective API, but their work does not end here, both the teams are working on a much-sophisticated technology - the Conversation AI, which will be a broader threat to online trolls. Perspective uses machine learning to detect the abusive words and phrases in a sentence. After identifying crass language, the technology automatically omits those words. Jigsaw touts that Perspective works faster than any human moderator or online tool.

In its blog post, Google also states that around seventy-two percent of American internet users have seen badgering on the web and almost half have been a victim to it. Just about one-third users cautiously edit what they post online because of fear of retaliation. The tech giant has also cited a report that says that online badgering has influenced the lives of approximately 140 million individuals in the U.S., and more across the world. 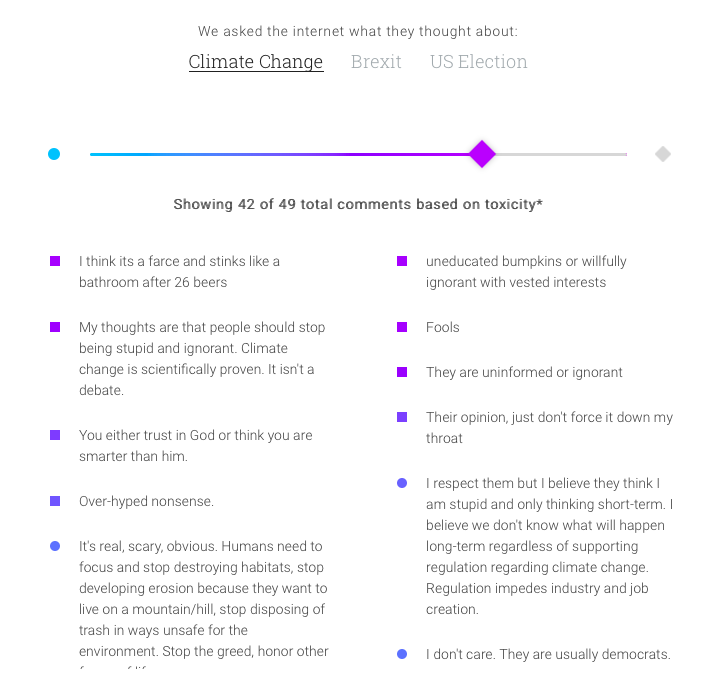 Google also marks that such kind of behaviour affects the reputation of a website. Especially media publications, wherein one can see a trail of abusive comments, mostly in the form of replies. Such behaviour hinders the motto of publications who want an open and clean discussion in the comment box. Fearing the rise of internet trolls, many websites have even removed the comment box from their layout.

Sorting internet trolls is not easy for a human moderator, and hence, a technology like Perspective could be a big help. It reviews the content and checks how many people on the board called it "toxic" or any comment that made others leave the conversation. Perspective reviewed hundreds of thousands of comments that had been marked by human reviewers. It keeps stores such examples to make use of it for flagging a comment that has similar abusive content.

Publishers can choose what they want to do with the information they get from Perspective. For example, a publisher could flag comments for its own moderators to review and decide whether to include them in a conversation. Or a publisher could provide tools to help their community understand the impact of what they are writing—by, for example, letting the commenter see the potential toxicity of their comment as they write it. Publishers could even just allow readers to sort comments by toxicity themselves, making it easier to find great discussions hidden under toxic ones.

We think that with the help of Perspective, we may see a decrease in online harassment. It would be pretty interesting to see how the API finally works on websites. What's your take on Perspective? Do you think it is a significant step towards improving online conversations? Share your views with us through the comment section below.