Google Store’s Trade-in Program Goes Live for the Pixel, Here’s How You Can Trade-in Your Old Phone For Brand New Pixel/Pixel XL 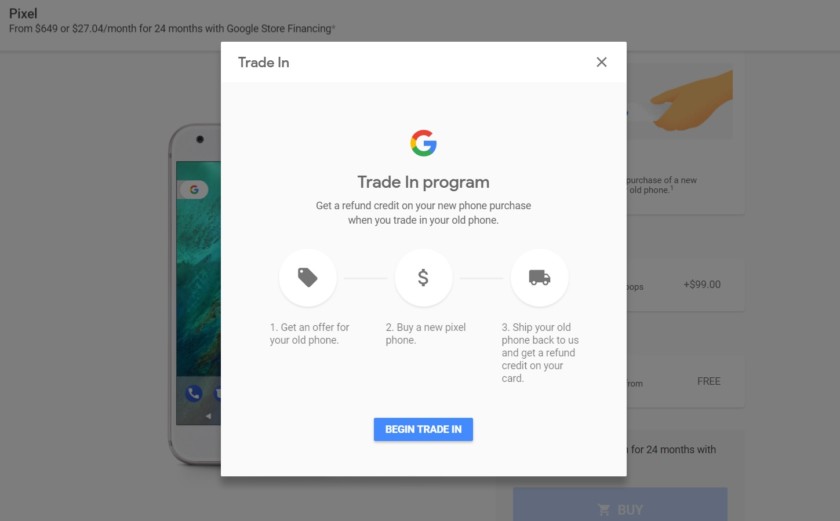 We recently learned about Google's Project Fi trade-in program for the Moto X4 on Android One in the US. At that time, we assumed that the program is restricted to the Nexus phones trade-in for up to $165 credit, but it later turned out to be open for selective models other manufacturers including Apple, Samsung, Huawei, Motorola, and LG.

Today, the trade-in program has gone live for the Pixel phones (visible to some users though) ahead of Pixel 2 launch, the offers don't seem as appealing as we had expected but if you have been planning to buy a new Pixel phone then this could help you save some money. The program lets buyers trade-in their existing smartphone to save up to $388 on a brand new Google Pixel or Pixel XL. Google will be adding the upcoming Pixel 2 to the list once it goes official.

Open Google Store and head to the “Buy” button on the Google Pixel page. From there, you will be redirected to the configuration options where you have to click the “trade in your phone” button to   check for your phone. After opening it, select your phone from the list of eligible trade-in smartphones. Fill up the questions for the condition of your device and then you will get the estimated value of the device, which will get credited to your card once you buy a new Pixel phone from Google Store and ship your existing device to Google. The value of your device is calculated on various factors such as storage, carrier, the condition of body and screen, and other standard checkpoints. 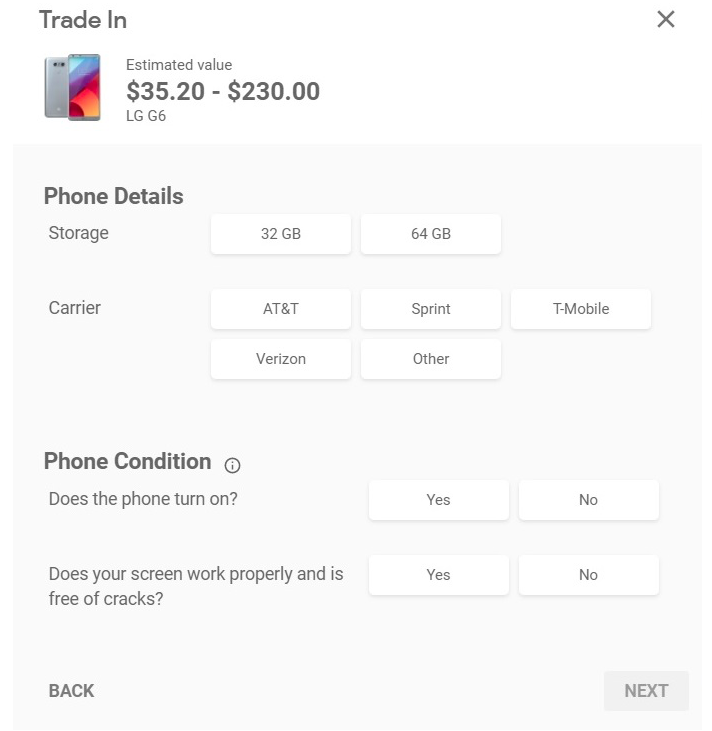 Here's the price range for eligible Android phones and some iPhones:

There are not many eligible devices for the trade-in program as of now, just nine Android phones and seven iPhones. After going through the pricing of these phone on Google store, we think that you might strike a better deal if you sell your device on other platforms like eBay instead of trading it on the Google Store. However, if the program appeals to you, then you can head to the dedicated support page from Google to learn more about the trade-in rules.