Google Search Under Scrutiny by U.S. Senators for Anti-Trust Behavior 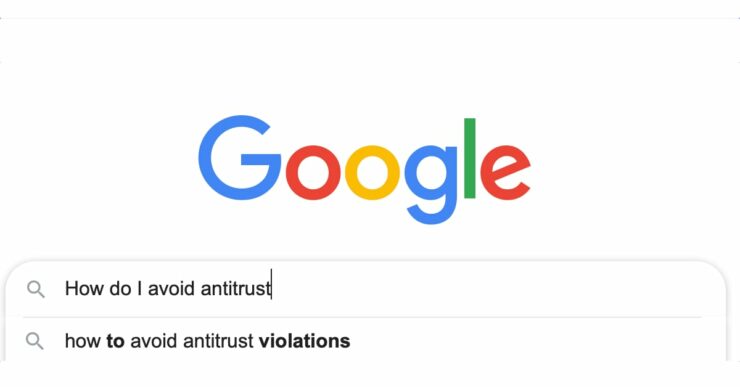 Google's search is under the spotlight by bipartisan senators in the United States, due to anti-competitive practices. A letter, written by senators Josh Hawley and Richard Blumenthal, brings to attention Google's practice of manipulating its search results to favor its own products, despite publicly claiming that its results are ranked organically.

In their letter, senators Josh Hawley and Richard Blumenthal wrote that there is ample evidence that Google has been manipulating search results against its competitors. The letter references to the $2.7 billion filed levied on Google by the European Union, back in 2017. Google has been fined by the EU multiple times in various antitrust lawsuits.

Here is a snippet from the letter:

How Google operates its search engine warrants close scrutiny. At more than 90 percent of the global market share for search, the opportunities for anticompetitive conduct are substantial. While there is nothing illegal about obtaining market share through innovation or efficiency, evidence suggests that Google obtained its market share through illicit means. For example, Google has long publicly professed that its search engine simply returns the most relevant, organic result. But three years ago, the European Union fined Google $2.7 billion for manipulating search results to disfavor its competitors. And as early as 2012, the FTC discovered evidence that Google engaged in a pattern of similar search manipulation in the United States. In short, there is ample evidence that Google has a history of producing biased search results that discriminate against its competitors to favor its own properties, a practice which is anticompetitive and warrants scrutiny.

Yelp is one of the companies that has been a victim of Google's search ranking changes. The company's Luther Lowe, Yelp's senior vice president of public policy testified in Congress a few days ago.

Lowe's opening statement was an eye-opener.

Google grew on the promise of a web-shaped Google, but instead, we got a Google-shaped web, to everyone’s detriment.

According to Lowe, Google did not always exhibit anticompetitive behavior. However, things changed in 2007, after Google introduced OneBoxes in search results, which give quick answers to users. This meant that organic search results were pushed further down the page, in favor of Google's own product. Instead of trying to send users to search results as soon as possible, Google was trying to do the opposite.

When asked about the impact of Google's changes on Yelp's web traffic, Lowe said that it's stable at 80% despite the changes. However, added that the majority of traffic going to Google either terminates on Google or it goes to Google secondary pages, which means that Yelp loses out of a chunk of additional traffic.

BitCraft Is a Community Sandbox MMORPG with a Fully Editable World

In response to Yelp, Google shared the below statement:

"We build Google Search for our users. Our users tell us they want quick access to information, and we're constantly innovating Search to help people easily find what they’re looking for."

It is important to note that it is not just Google's search results manipulation which is under scrutiny, but also the company's advertising products. The United States Justice Department is investigating Google's ad tools by reaching out to more than a dozen publishers, ad tech rivals and ad agencies.

The United States Department of Justice has been investigating the four big tech giants which include Google, Apple, Facebook, and Amazon, because of antitrust complaints. Tile also recently testified against Apple in the Congress, while Basecamp testified against Google's ad policies.