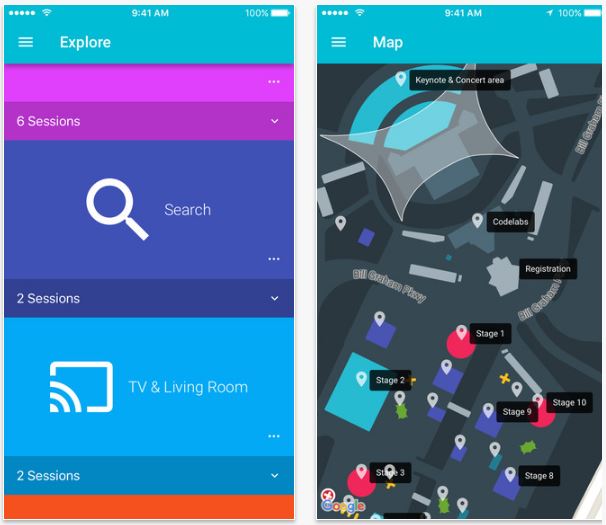 Google released its first Gboard keyboard for iOS a few days back, now the search engine giant is closing in to its I/O event. So, ahead of Google's I/O event, the company has released its first ever I/O 2016 app for those attendees using iOS. Before this dedicated app, attendees had to rely on the I/O's mobile site, which was obviously a cumbersome task. Let's see how the company is looking forward to guide its iOS attendees.

Google already has an I/O app for its Android users and much like that iOS users will be able to browse through the event's conference agenda in detail. The app features the map of venue, Shoreline Amphitheater that lists demo zones, stages, code labs and the user's current location as well. 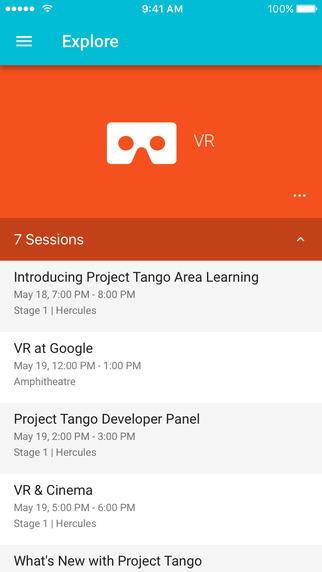 iPhone users can log in with their respective Google accounts and draft their own personalized schedules which will then be synced with the app as well as the website. The I/O 2016 app for iPhone will alert the the user in the form of notifications before the event is about to start. Moreover, relevant messages will be sent out to users on site.

It's not like the app is completely centered towards those attending Google's I/O event. For those of you interested in the likes of Google and want to know all that the company released, the app can be used to stream the keynote on Wednesday 10 AM. A few more sessions will also be streamed live, so if you're interested, you can install the app right away. 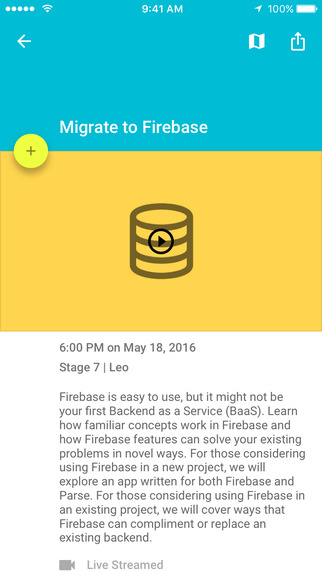 Google's I/O 2016 app for iPhone is designed in an elegant way, showing Material Design throughout the interface. The layout and colors are bright and every relevant thing that a user needs to know is displayed right in front. So basically, Google has designed an app for iPhone users who also love Android and want to keep note of every change that the rival platform offers. If not this, the app will simply guide the attendee in the right direction in terms of the event.

Google's I/O event kicks off on May 18 at the Shoreline Amphitheater. There are quite a handful of new arrivals in Google's pockets so do stay tuned for that. You can download Google's I/O 2016 app from the App Store right now. As for now, how did you guys liked the app? Are you guys interested in the Google I/O 2016? Share your thoughts in the comments.