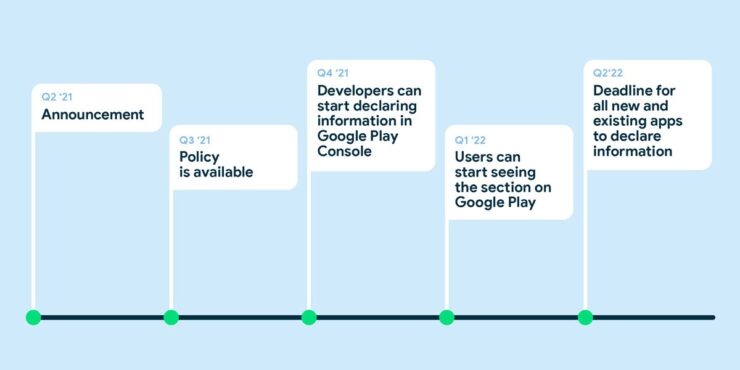 Apple's Privacy Labels went live in December of last year, and while a lot of apps criticized them, they ultimately proved to be useful. For those who do not know, these labels are there to glance at what data the apps are collecting and have access to. In addition to that, these privacy labels were also telling the users how the said apps use their data. Now, it seems that Google wants to take the same approach as they will be adding a Safety section to Google Play, which will allow the users to have proper transparency.

Google has decided to "pre-announce" a new safety section in Google Play. As the name suggests, this section will overview the data collected or shared by an app, whether the data is secure, and any other information that could impact privacy or security. The latter parts include the additional context that would explain how the data is being used and how safety practices could affect the app experience. These are the following things highlighted by the safety section, courtesy of XDA-Developers.

It is also important to know that this is still a pre-announcement, which could otherwise be called a heads-up to developers. Needless to say, it is good to see that Google Play is now focusing on disclosures, as the users deserve it. Google will be sharing the new policy sometime in the third quarter of this year, and the Safety section will become available to the users sometime next year.