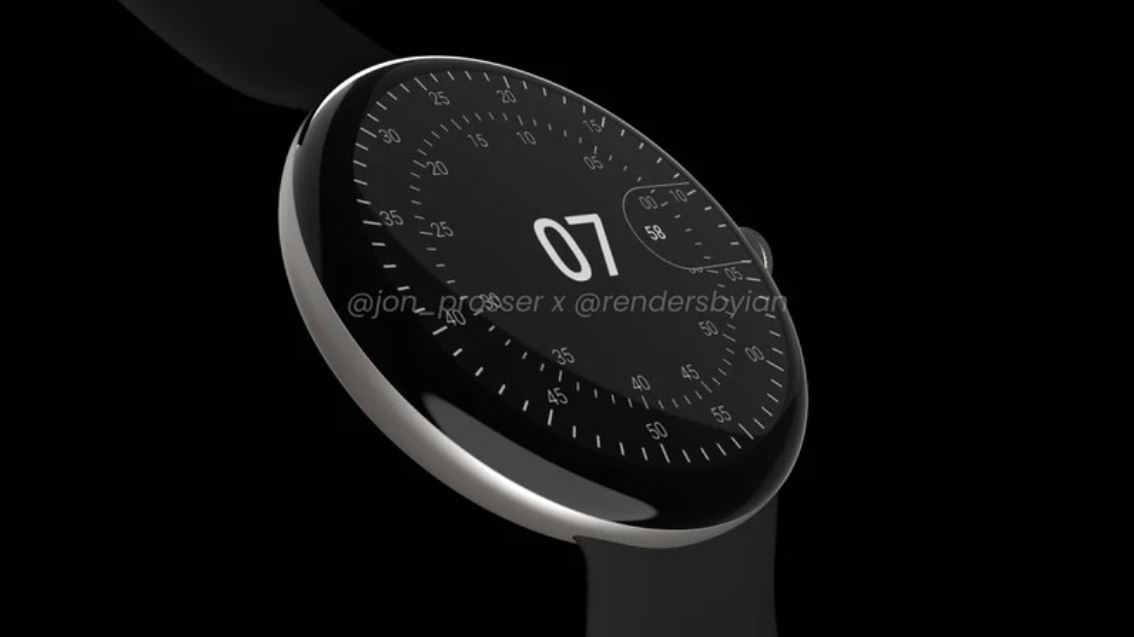 Apple is way ahead in the smartwatch industry with its Apple Watch. The company has gradually upgraded the smartwatch with a plethora of sensors for better health and fitness-related features. Now, it looks like Google is looking to make an entry as well with its Pixel Watch. There were little to no details on the Pixel Watch in the past but now things are starting to take shape. A leaker has shared allegedly leaked images of Google's Pixel watch that shows a circular design.

The allegedly leaked images were shared by Jon Prosser for Google's first smartwatch, codenamed "Rohan". Prosser details that the images are based on the marketing material gathered from his sources in Google. According to the renders, the Pixel Watch will feature a near-bezel-less circular design. In addition to this, the images show no buttons on the circumference. However, we can see a crown on one side of the Pixel Watch, which can potentially serve the same purpose as the Digital Crown on the Apple Watch.

While the Apple Watch features a rectangular display, the Pixel Watch will house a completely circular form factor. In terms of sensors, Google's smartwatch will feature a heart rate monitor. At this point in time, we are not sure if Google is looking to add a blood oxygen sensor to its smartwatch like the Apple Watch Series 6. According to Prosser, the Pixel Watch will have the ability to swap and change bands. The smartwatch will run Google's WearOS as the operating system which we are all familiar with on other smartwatches. 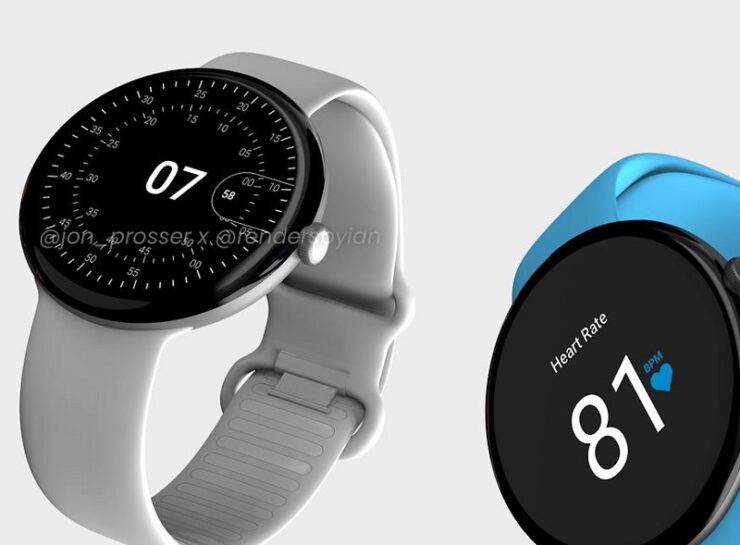 As for the release, Prosser coins that the Pixel Watch will be launched "sometime in October." However, we can expect delays as well as cancellations of the product since the final word rests with the company. The design of the Apple Watch has remained the same since its launch with minor tweaks. While some users prefer a circular form factor, it is not sure if Apple intends to do that. If Google goes ahead with its plans, we can expect a flagship smartwatch that is in direct competition with the Apple Watch.

How do you think the Pixel Watch will compete against Samsung's Galaxy Watch? Let us know in the comments.