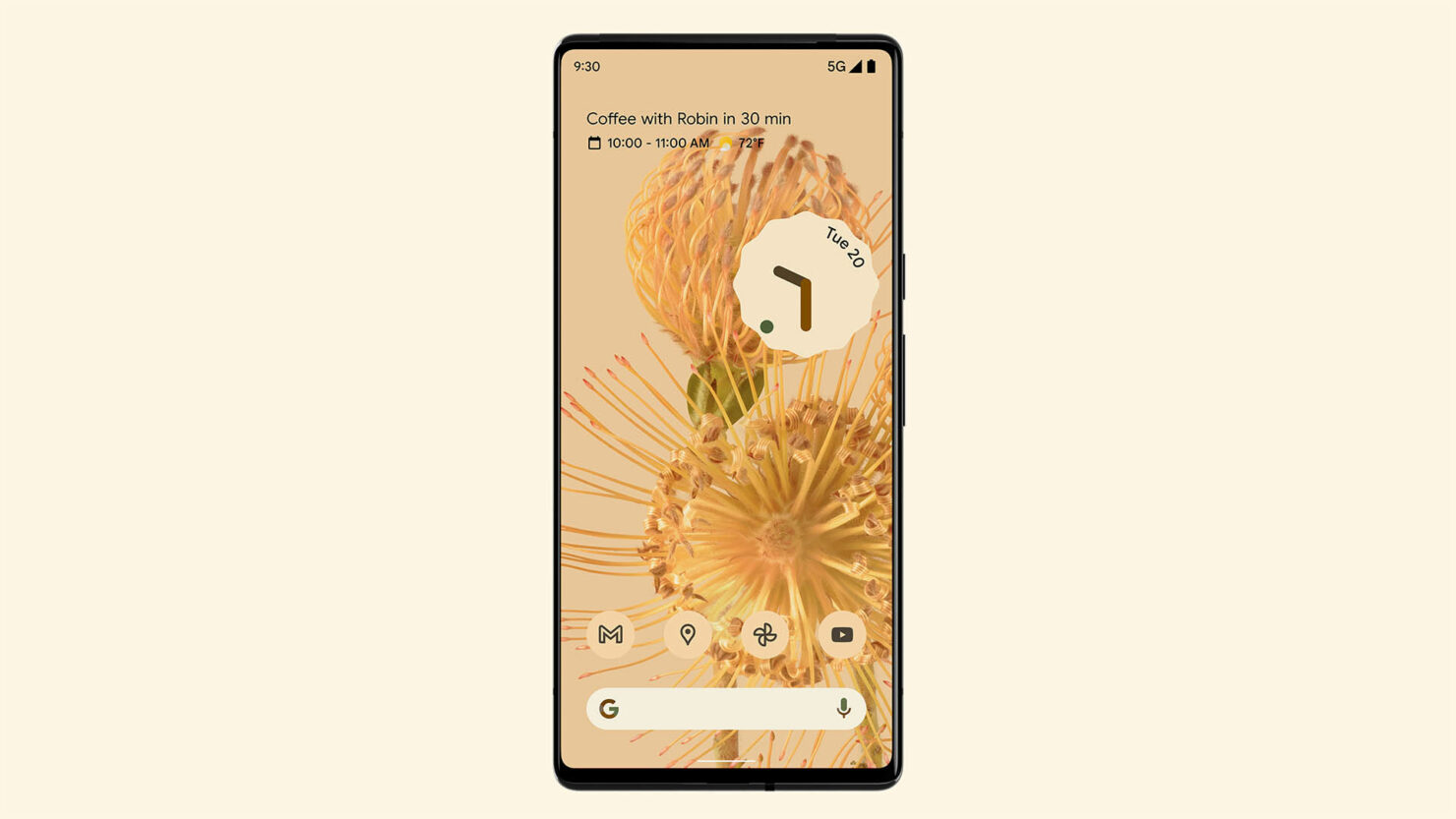 Google has been using a punch-hole front-facing camera for a couple of years now, but the company might be bidding farewell to that solution and adopt an under-screen sensor for the Pixel 7 series instead, according to the latest patent filing.

As spotted by LetsGoDigital, on August 31, 2021, Google filed a patent with the USPTO for a ‘Display configuration for mobile computing devices,’ which has a 16-page documentation and was published on December 16, 2021. This documentation talks about the need to increase screen real estate without increasing the phone’s dimensions. The solution being sought here is an under-screen camera.

We have seen in the past where devices such as the Galaxy Z Fold 3 and ZTE Axon 30 have an under-panel camera, but the image quality is compromised when you start drawing up comparisons compared to other front-facing shooters. Perhaps what Google uses with the Pixel 7 series will be different and cost-effective. LetsGoDigital has provided the following patent description below.

The previous patent used a sub-display and a prism. The new method appears to be more cost-effective. This time we assume an emissive display, with a small non-emissive part at the height of the camera – allowing sufficient light to reach the camera.

Where the front camera is placed, the screen can let light through, so that better quality photos can be taken. The remaining display part has a light-emitting function (radiates light). The fingerprint sensor is placed under the screen, as is also the case with current Google smartphones. 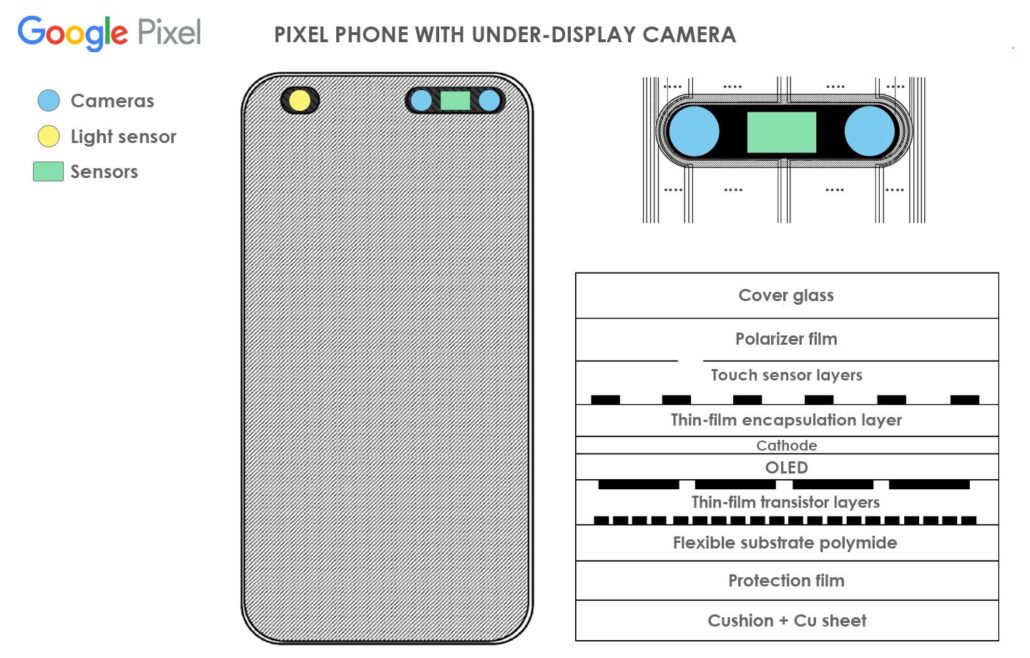 Though using Google’s proposed under-screen camera solution for the Pixel 7 appears to be less expensive, nowhere does it state if it will affect overall image quality or not, which should be given priority as it is the consumers that experience such a change in that category. Google is said to have started development work on the second-generation Tensor, so it is possible that the new custom chipset works its magic to remove the detrimental effects of using a camera beneath the panel.

Then again, keep in mind that publishing a patent does not necessarily mean Google will use the technology in the next iteration of handsets. If image quality continues to suffer during the testing phase, it is more than likely that Google scraps the whole thing for the Pixel 7 altogether, sticking with a punch-hole camera for another year. We will find out what happens in the coming months, so stay tuned.