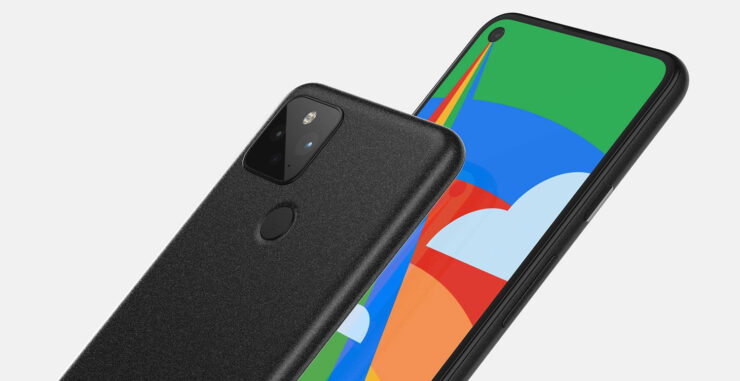 Google Pixel 5 cannot seem to catch a break at this point. The device is going official tonight but after yesterdays full render leak and potential price reveal, we have another leak that showcases a working retail demo. Nothing about this leak comes as a surprise though. We have seen so much of the phone already, and there is nothing that we don't know yet.

Google Pixel 5 Shows Up in Retail Demo Ahead of the Launch, Shows a Clean Front with Thin Bezels

The leaked images are coming from Jon Prosser, who has provided us with a handful of leaks in the past as well. Not just that, we know what the phone looks like. So, this just adds another confirmation on top of what we already know. You can look at the phone below.

The front of the phone is super clean with a hole-punch camera on the top left of the screen. As for the back itself, you have the return of the textured back. I want to call it frosted glass, but it does not look like glass at all. I certainly hope Google is not being cheap on the choice of materials. Plastic makes more sense for the more affordable Google Pixel 4a 5G that is also debuting today.

Rest is pretty much what you have seen so far; you've got the familiar-looking camera array along with the rear fingerprint scanner, and the Google logo at the bottom. As far as the specs are concerned, we have been tipped numerous times that you are getting a 90Hz display, with a Snapdragon 765G. Google has changed direction this time as they are not going to ship their flagship phone with a flagship chip under the hood.

For those interested, the Google event kicks off today late at night and if you are interested in tuning in, you can check that out here. As always, we will be providing complete coverage to the event. The devices that we are expecting include a new Chromecast, a new smart speaker, Pixel 5, and Pixel 4a 5G. Of course, these phones are going to run Android 11 right out of the box.

There is no word on actual pricing and availability right now but it will be confirmed tonight as well.