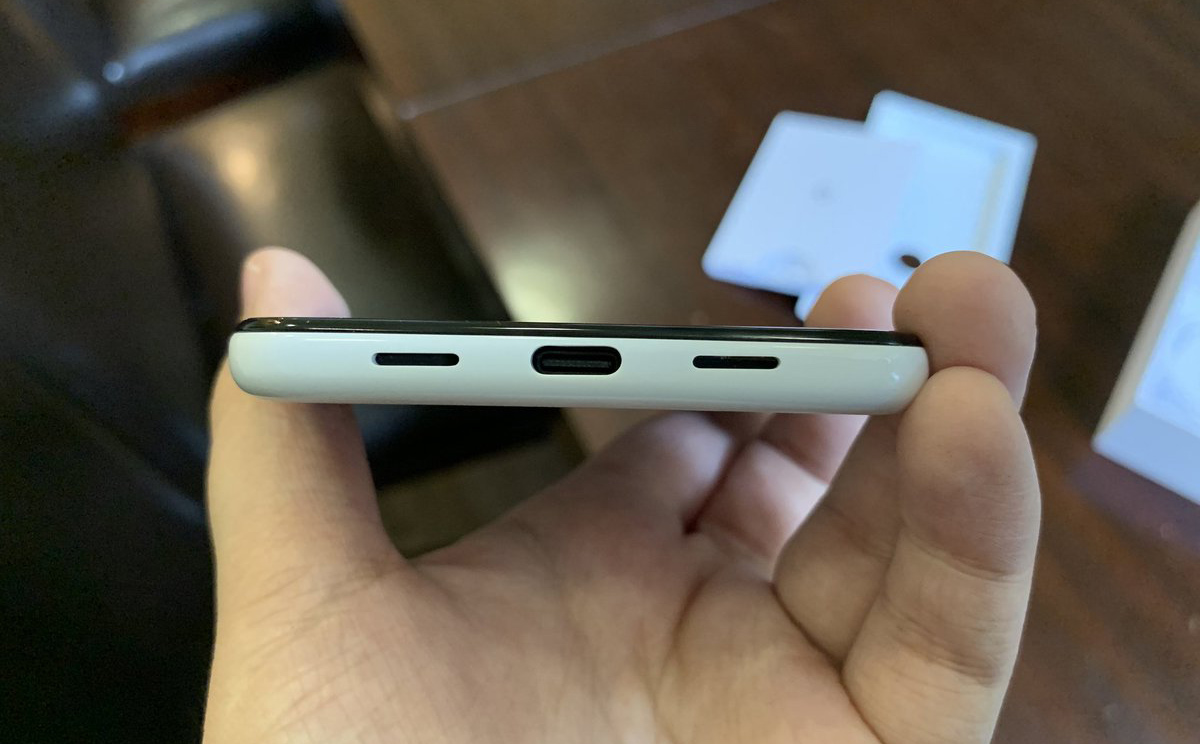 Google recently launched the stripped-down variants of its premium Pixel 3 phones and while it’s a given that the company has had to cut corners, a picture doing rounds on social media indicates that the handsets could be a botched job. Sure, with the same rear camera hardware, they might inherit Pixel 3’s imaging capabilities, and Google has also optimized the mid-tier chipset to be at the top of its game, it appears that the build quality of the Pixel 3a phone wasn’t a priority for the company.

Twitter user Erica Griffin shared an image and states that the cutout for USB-C port on her Pixel 3a is not aligned with the connector itself. That’s not all, as the cutouts for the microphone and the bottom speaker also seem crooked. Moreover, it appears that all the holes are tilted upwards and not aligned with the polycarbonate unibody.

Griffin is not alone, as other users, even those of the Pixel 3a XL have reported similar design flaws. However, so far, it doesn’t seem like the problem has gotten in the way of charging the phone. It isn’t known if Google is aware of the problem and if it will replace the affected devices.

Does anyone else have a crooked bottom on their #Pixel3a? My cutouts aren't aligned. pic.twitter.com/Keyic6WnE4

Prior to this, some Pixel 3a and Pixel 3a XL owners had reported that their phones are randomly shutting down. The problem seems to happen when the phone isn’t in use and to turn the phone back on again, users have to press down the power button for 30 seconds. Some users suggest that the problem could be related to Wi-Fi but it could very well be related to hardware as well.

With the Pixel 3a phones, Google is apparently hoping to have a slice of the mid-range market, so that it can make up for the disappointing sales of its high-end phones. That’s why it’s imperative that it fixes the problem and maintains total transparency whilst doing so, to revive the confidence of potential buyers in the device. As of right now, the company isn’t doing a very good instilling confidence in its customer base.