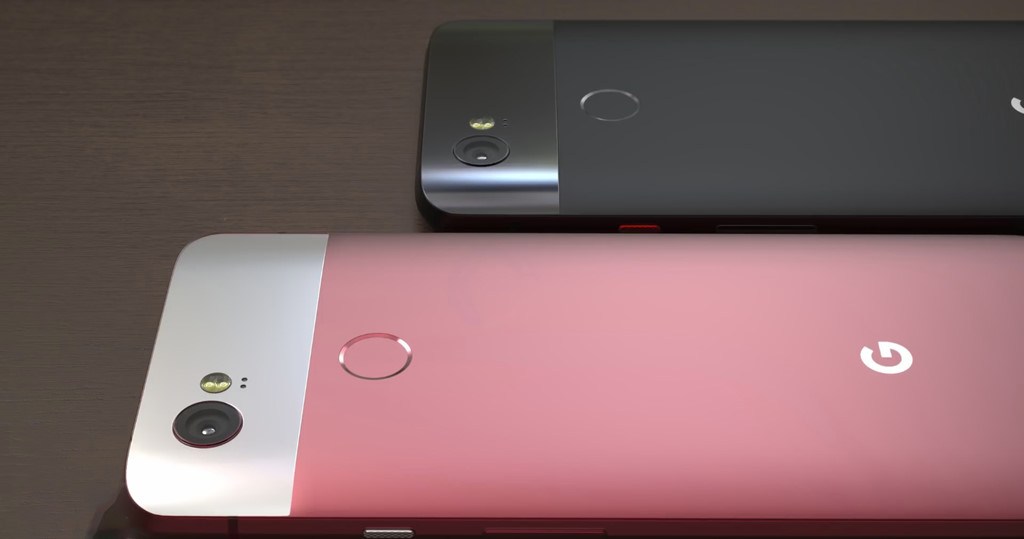 Right now, the rumor mill can only talk about two upcoming flagship mobile upgrades. These are Samsung's Galaxy Note 9 and Apple's 2018 iPhone lineup. But, there's a third company that's working secretly in the background. Search engine giant Google made a strong debut in the flagship smartphone race two years back, with the Pixel Pixel XL.

The smartphones followed an excellently designed Nexus 6P and made a mark of their own with fantastic DxOmark scores. While Google didn't get all the things right, for a first-time launch, the original Pixel and Pixel XL were satisfactory. Now, the company looks to have slightly different plans for the third generation of its smartphones, especially as it looks to keep one particular company in its crosshairs.

We've got a lot of alleged renders for both the Google Pixel 3 and Pixel 3 XL today. Compared to both the 2018 iPhone lineup and the Galaxy Note 9, Google's upcoming smartphones have been a rare presence on the rumor mill. Not today, as the leaks for both smartphones, corroborates what we've seen surface earlier.

Starting off with the Google Pixel 3, the gadget will feature a dual front camera setup. However, it won't come bearing a display notch, so you can be assured of no meaningless interruption in a smooth viewing experience. Additionally, the Pixel 3 will also feature stereo front speakers, similar to its predecessor. However, we're hoping that this time around Google ensures smooth speaker performance since launch; a fact that's not true for the Pixel 2.

Finally, at the Pixel 3's rear, we get a single camera setup and a design that's now become the lineup's trademark. The top part of the smartphone's back will feature glass while the remaining three-fourths will bear metal. The presence of a dual camera is a good sign as Google just might look to reply with its own version of 3D facial recognition.

With the Pixel 3 XL, as with the Pixel 3, Google seems really confident about its camera algorithms. The company's software allows it to achieve effects such as depth of field without the presence of a dual rear camera; a fact that's unmatched in the flagship smartphone industry. With the Pixel 3s, and particularly the Pixel 3 XL, Google will now follow a trend that's generated a lot of debate in the smartphone world.

Yes folks, today's Google Pixel 3 XL render leak once again confirms that the smartphone will feature a display notch. The notch was one of the first features rumored for the device as it surfaced in an alleged screen protector leak for the Pixel 3 XL. A dual front camera setup is clearly evident in the notch, despite the renders' source (AndroidPure) believing otherwise.

All these design details are well and good but they're far from adequate at providing a good picture of what we can expect from Google. Hardware specifications combined with aesthetics and 'cherry-on-top' features such as 3D facial recognition end up boosting a gadget's chances for strong market performance. For the Google Pixel 3 lineup, we're unclear about what to expect at the moment, with the hope that things will change in the future.