Can I Get Google Maps on iOS 6? Yes You Can

iOS 6 is Apple's latest update to the iOS platform. It comes with an array of new features, but the update has been plagued by a couple of major issues. One such issue is the new Maps application that Apple has developed on its own and used to replace Google Maps app. The new mapping service is horrendous and many iOS users have been left asking this question: can I get Google Maps on iOS 6? Of course you can, just follow the procedure laid out in this guide. 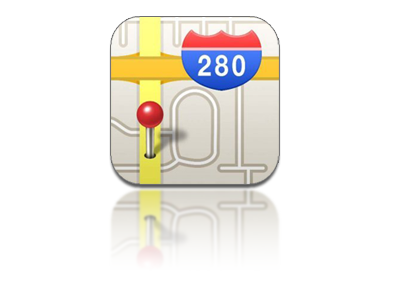 On the face of it, the new Maps application is feature packed. It has support for turn by turn navigation, 3D Maps and also comes with a cool new Flyover feature. Regardless of boasting such impressive features, substantial flaws have been discovered by early adopters in the core feature, maps and directions. Furthermore users also complain that the app does not feature public transit information. The app has also been showing horrendous satellite imagery at times, which makes me wonder how such an unfinished and unpolished service was ever released by Apple in the first place.

Can I Get Google Maps On iOS 6

You definitely can. The procedure is actually quite simple.

Step 1: Launch mobile Safari or any other web browser on your iOS 6 powered iPhone, iPad or iPod touch

Step 3: Google Maps web app will open up, it will automatically ask you if you wish to add an icon of this web app on your Home screen. Tap on it to add the icon. 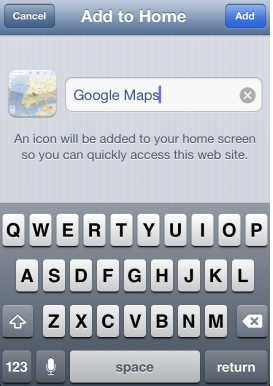 That's just about it. For now this is the easiest way to answer your question: can I get Google Maps on iOS 6. There are a couple of caveats though. Google Maps lacks in performance when accessed via a mobile web browser as compared to the iOS app we have all known and loved for a very long time now. Street View can not accessed when using Google Maps through a browser.

Apart from this, the basic functionality is still there. Four buttons on the top allow you to see your current location, select a layer for traffic or satellite, view places that you have saved and get directions.

Until Apple sorts out the Maps app mess that it is facing, and has taken a lot of dirt for, this is by far the easiest alternative. The fact that it was recommended by Apple CEO Tim Cook as an alternative for their substandard maps service, goes to show that Google Maps is still a force to be reckoned with.