Google has been consistent as far as Material You revamps are concerned. They have recently decided to revamp a few of their apps, and now company has announced that they are doing the revamp for Google Keep in the next update.

The Google Keep is actually one of the more colourful Google apps, and it is going to be interesting to see just how the app actually adapts to the new design, especially the Dynamic Color feature. Thankfully, Google has shared an example with us,. The Material You version of the theme is going to desaturate the colors of most of the notes and let the subtle accent color on the bottom bar, search box, and a subtle tint to the. Tha floating action button is also going to get a rounded square device.

Android 14 Could Start Blocking Older Apps From Being Installed 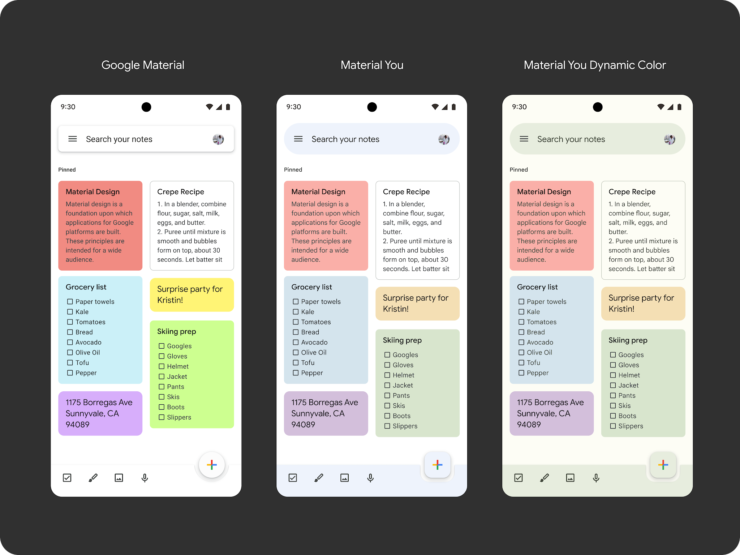 On the Pixel phones with Dynamic Color, things will be different. The app will have a slightly prominent Material You look. This will include a more prominent tint to the background and even to the notes that did not get a color change. Currently, Google has not made it clear if this update will also affect the notes that are not on the main page.

The Material You update for the app will start rolling out on September 21 with Keep for Android version 5.21.361. As with the rest of the apps, it will take a few days for the update to head out. We are not sure if the same changes will be applied to the widgets or not.

Google recently updated the Google Phone to Material You design and the fact that the update is soon heading its way to the Google Keep app, the dedication the company is showing towards its app is certainly admirable.