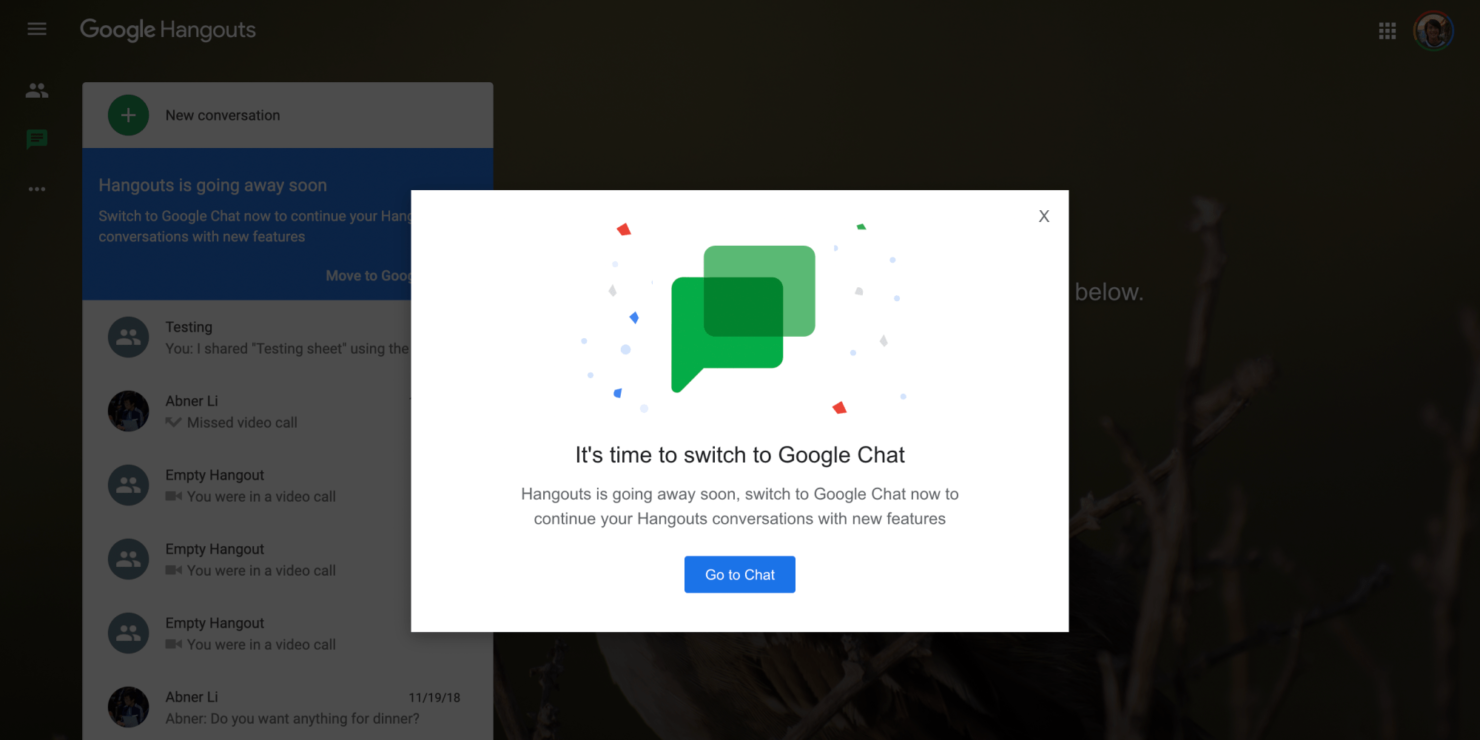 Later this year, you can expect the classic Hangouts to stop working for enterprise Workspace customers, and they will only be left with Google Chat. Google has now started the process of retiring the app and website for free personal accounts with a warning along with a sigh out.

As reported by 9to5Google, if you open the Hangouts app on Android or iOS today, you will be shown a blue "Hangouts is being replaced by Google Chat" banner, and at the top, this is what the text reads.

Clicking on "Learn more" will take you to a support document. In addition to that, there is a "Switch to Chat in Gmail" option, and tapping that button will sign you out of the Hangouts mobile app before opening Gmail; this will happen even if you already have the standalone Google Chat app installed. 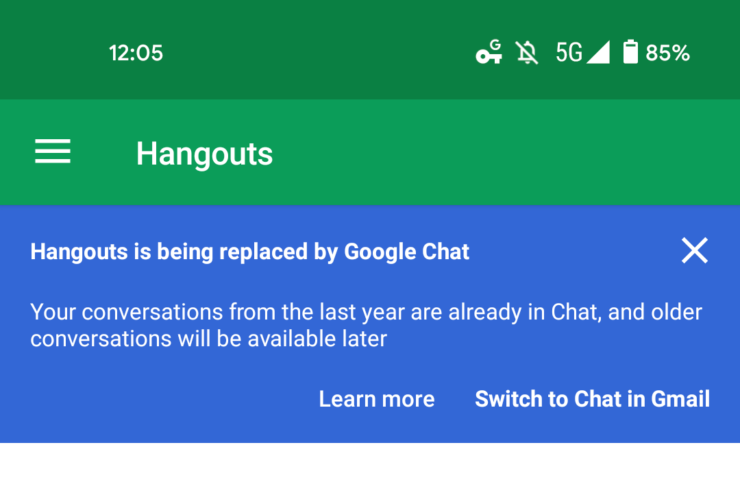 Once the users are signed out, they will no longer get notifications from Hangouts or send messages with the app. This is definitely the biggest step in the whole process of shutting down the legacy service by ensuring that no one is really using it. However, if you still want to use the classic Hangouts app, you can do so by reading your Gmail account after opening the app on your phone.

If you head over to hangouts.google.com, you will be getting a similar message that reads, "it's time to switch to Google Chat."

Hangouts is going away soon, switch to Google Chat now to continue your Hangouts conversations with new features.

Google still hasn't announced the dates when free accounts will be completely unable to use the classic version of the app. However, for enterprise users, this upgrade is going to occur sometime in late 2021.