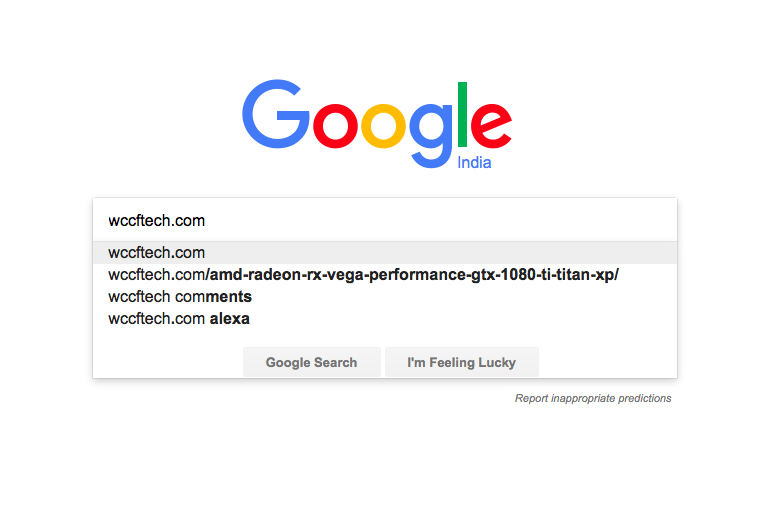 Google's search was integrated with Instant Search feature in the year 2010. It provided the search engine with functionality to automatically start listing results on the basis what the user began typing; the Search assumed the plausible results that could help in the query. Google is now killing the desktop-specific feature.

To recall, the instant search was touted as the “fundamental shift in search” on its debut by Marissa Mayer. It came with the requirement of a speedy internet connection for loading search results quickly on the basis of the query being typed. The feature was never launched on mobile due to limited bandwidth and resources for the device.

Google believes that “more of our searches happen on mobile,” which is why the company is getting rid of the instant search feature. It now wants to focus on offering a better and stable experience for all devices.

In a statement given to Search Engine Land, a Google spokesperson said:

We launched Google Instant back in 2010 with the goal to provide users with the information they need as quickly as possible, even as they typed their searches on desktop devices. Since then, many more of our searches happen on mobile, with very different input and interaction and screen constraints. With this in mind, we have decided to remove Google Instant, so we can focus on ways to make Search even faster and more fluid on all devices.

The decision of removing the feature is already in effect, and the Search now offers a different experience. Now, when you enter a search term in the Search, it does not load automatic results. You will see a drop down list and have to select it manually to load the page.

Admittedly, the instant search feature was of some help when typing a search query. Many times it used to get the assumption right and loaded what we were seeking. For some reasons, it did serve as a time-saver, but as Google has planned for a uniform search system across all the devices, it would be better this way. Users will still get suggestions, but they will only load when selected manually.

When Google launched the Instant Search: