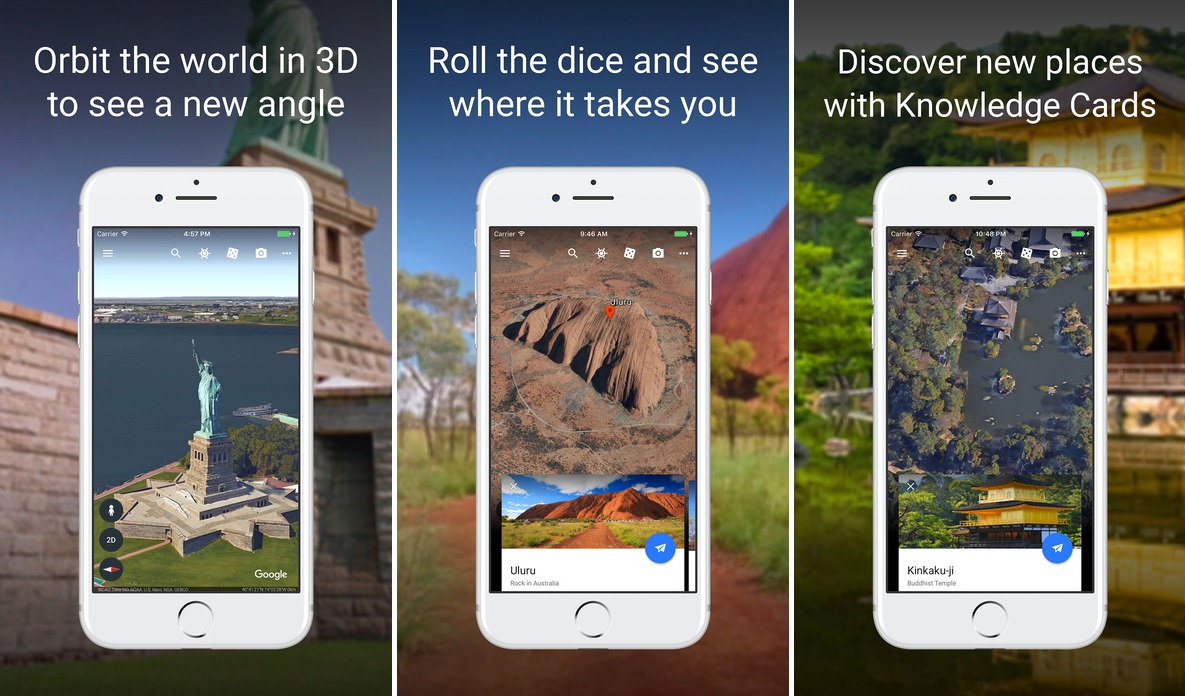 Google Earth is one of the most popular apps on the App Store and today, the company has released a gigantic update for iOS. Back in April, the app received a huge update but it was restricted to Android and the Web. Now, the same features are making their way to iOS. Apart from various new forward-facing additions, which we will talk about later on, the app has been updated to support 64-bit processors of the iPhone and iPad. So let's dive in to see some more details on the new features.

Google Earth Updated With 64-bit Support And Much More

Apart from the much-awaited architectural compatibility, Google Earth features a redesign with updated and several new flagship features. Some of them includes the flyover-like 3D views of major cities and Voyager, which are basically guided tours. The detailed 3D maps for various cities allows you to virtually fly through landscapes. 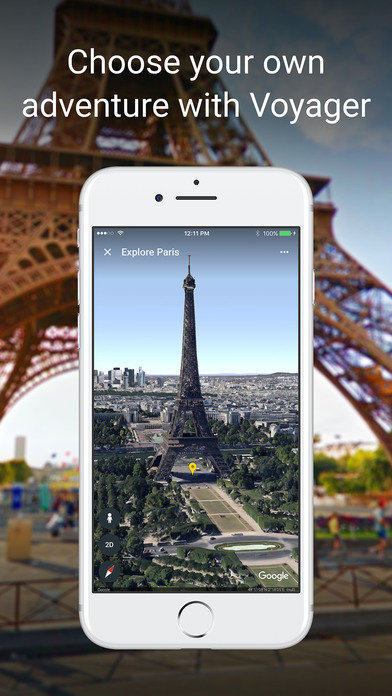 This is the new Google Earth. Gain a new perspective of the world as you explore the globe with a swipe of your finger. Fly through landmarks and cities like London, Tokyo and Rome in stunning 3D, then dive in to experience them first hand with Street View. See the world from a new point of view with Voyager, which brings you one-of-a-kind experiences from Sesame Street, BBC Earth, NASA and more.

Furthermore, the app now also lets you use a 3D button to tilt the map with two fingers. With the new Snap and share Postcard feature, you can share a postcard with your friends and family of the beautiful places that you find in the Google Earth app. With the new Feeling Lucky option, there's an element of surprise as Google Earth takes you aback with beautiful places. 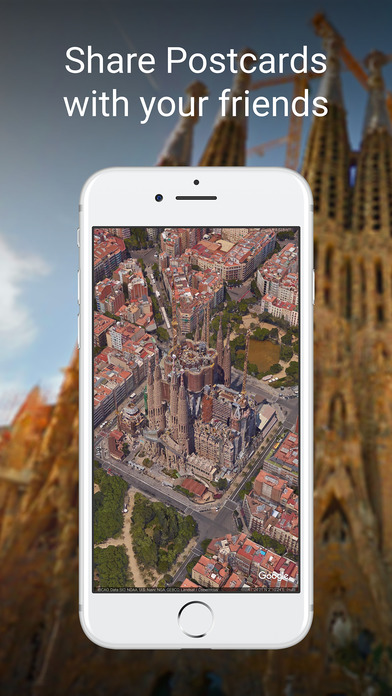 One major pro of the update to embark the app on the 64-bit bandwagon is that Apple announced its plans to fully drop 32-bit compatibility earlier this year. Now that it is updated, it will remain compatible with new devices. In the last five years, Google Earth has received only six updates, that got many of us thinking if the search engine giant was planning to dismiss it for good. However, following today's update, this may not be the case. In addition to this, the update arrives on time as the iOS 11 release is probably a little over a month away. For more details check out the app for yourself.

This is it for now, folks. What are your thoughts on the new Google Earth update? Share your views in the comments.