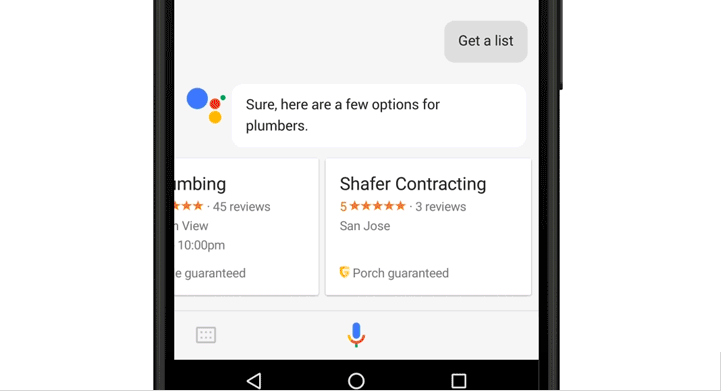 Back at Google I/O, we were promised a lot of things. One of them was that the Assistant would get a bunch of new voice options, giving users a total of eight to choose between. It would give prolific users of the virtual assistant some variety. Today we learn of the latest addition to Assistant's library of voice models, with a new British and Australian option arriving for US users. The “British Racing Green” and “Sydney Harbour Blue” voices were built using the same WaveNet DeepMind tech that's Google's tapped to create natural-sounding speech profiles before. Although we're still quite a way off having our own "Alfred" or "Jarvis", we're definitely getting there. According to Google's blog post

Starting today, if you’re an English speaker in the U.S., you can choose between an Australian-accented voice and a British-accented voice for your Google Assistant across devices.All of the features you use are still the same—like setting a timer, checking the weather and getting an overview of your commute—only now, your Assistant will speak with a new accent. Try asking “Hey Google, what’s the exchange rate from British pound to U.S. dollar?,” “Hey Google, what’s the capital of Australia?,” or “Hey Google, where can I get fish and chips nearby?”

The new voice options are a welcome addition to the Assistant's ever-growing list of features, but what we're really looking forward to is the John Legend voice. The voice mode was promised to land "later this year." We're almost about done with the year and hope that it makes its way on schedule. To try out these new voices on your Assistant, navigate to Settings on your phone, tap on the “Assistant” tab, and select “Assistant voice.” You’ll now see two new voices that you can select, either “Sydney Harbour Blue” for the Australian voice, or “British Racing Green” for the British voice.