Google Assistant Finally Gets The Ability To Take And Share Screenshots 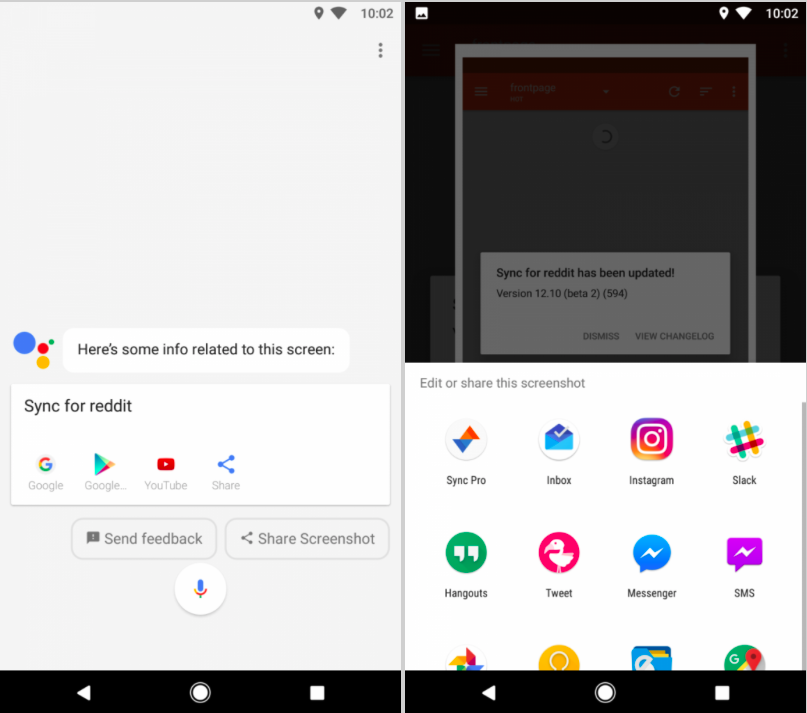 Even though Google Assistant was not officially rolled out to other devices, but users discovered that they could install the service unofficially through third-parties. There have been several issues with Google Assistant and many Pixel users complaint about its effectiveness as a replacement to Google Now on Tap. One of the shortcomings of the service was that it lacked many essential features such as taking and sharing screenshots.

Yes, you can now take screenshots on Google Assistant by using the dedicated on-screen button. But, this does not mean that you can give a voice command to the assistant for taking a screenshot. A dedicated on-screen button will save us from the annoying key combination (Power + Volume down key) exercise. The feature is a part of Google App 6.10 beta, which means that it will make its way to the final build soon but Google has not revealed a set timeline for it yet.

It is a server-side update, which means you will see the function soon on your Google Assistant. You will be able to share the screenshot by tapping on the ‘Share Screenshot’ button next to ‘Send feedback’ button. As soon as you tap on the button, you will find a list of apps to share the screenshot. Notably, you will be only able to take screenshots of text images and not the homescreen. For the ones who don't see the feature yet, you will see it soon as the server might take some time before rolling it out on your device.