Evan Blass was right when he said Google could unveil its AI powered messaging app this week. To top it off, he even marked 21st of September as the release date. Google has finally launched its new intelligent messaging app that comes with a handful of surprises and additions that we're not used to from Google. While the company's Hangouts app still poses utility to some users, launching a smart messaging app still sets itself apart. Let's see some more details on Google Allo.

It's been a little more than a month since Google launched Duo - its video chatting app. So what is Google Allo? It's a new chatting app for both, Android and iPhone. It features a built-in Google Assistant and it's rolling out to the world today. It's a messaging app like any other with a few shiny surprises up its sleeves. There have been a lot of internet messaging apps available for the past few years. While some have been adored and adopted readily, others still live under their shadows. How is Google Allo different from the rest? 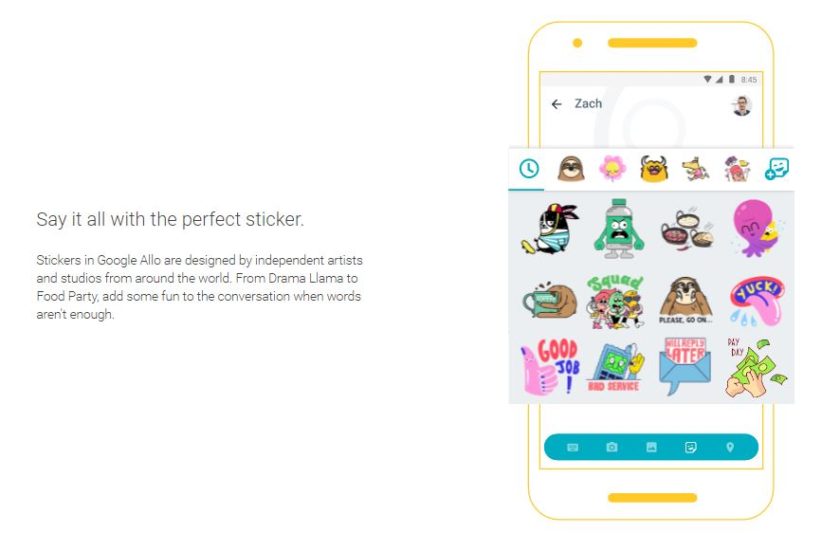 There are two aspects of the Allo messaging app. One that deals in on-to-one scenario in which you can interact with the app itself to request various kinds of information. For instance, you can chat with the smart bot in the app to seek relevant information, just as you would do with Google Now. You can request scores of your favorite team, check the weather, search for places, check travel times and much more. Previously, users could easily make use of Google Now to request such information, but now that a familiar feature is available within the app, it will just save others some time to switch between apps. 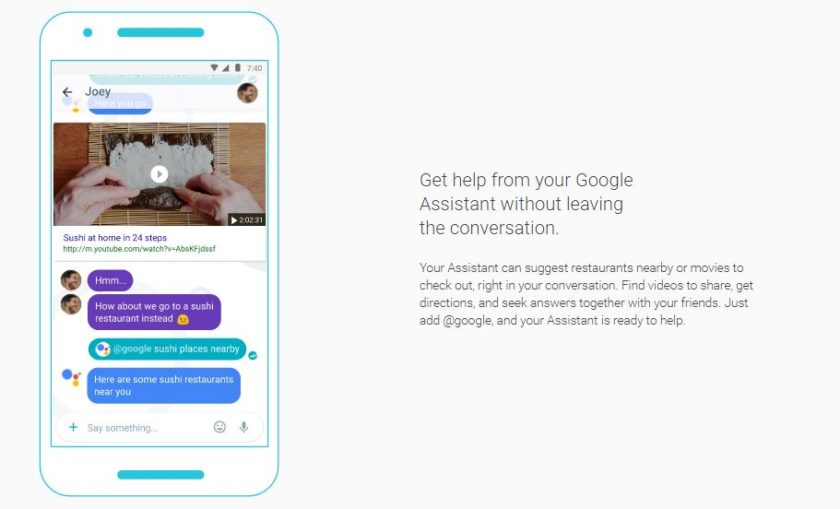 The second aspect deals within your conversations. Google Assistant can now be summoned into chats by tagging the service in a message thread and then issuing commands. All that you must do is simply type "@google show me local Chinese restaurants" or any other command. Google will pick it up and show you relevant search results in the Allo app. Other search results can also be brought up, ranging from YouTube to Google Images. You can also improve the Assistant by submitting real-time feedback with conversations. However, Google Assistant in Allo app is in "preview edition" at launch and would not be available completely. 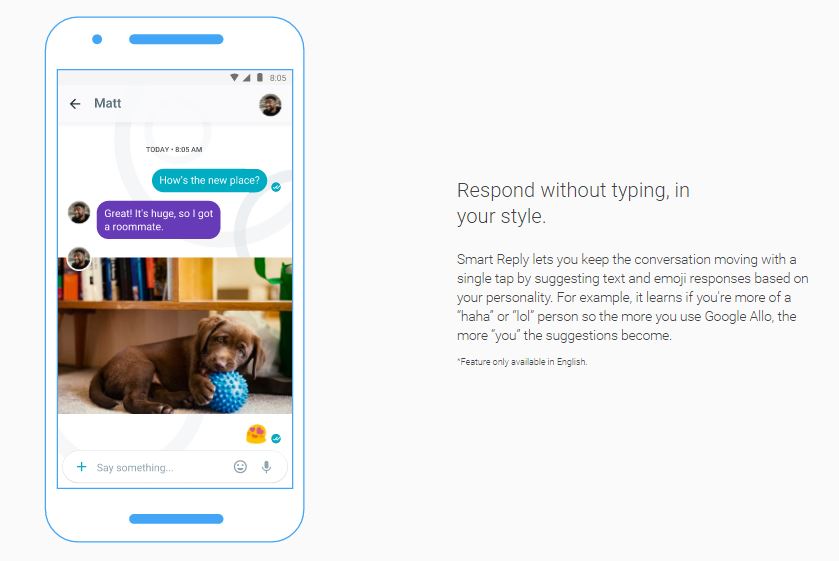 The Smart Reply feature learns your texting behavior and suggests quick replies for more basic level communication. The feature has the ability to identify who you are talking to and then changes suggestions accordingly. While all the chat data is stored in Google's servers, the extended Incognito private mode provides a secure chatting experience with end-to-end encryption and self-destructing chats. You can set the time limit for their messages to self-destruct from 10 seconds to a complete day or even longer. Yes, you can send media as well and Google has also given you the ability to draw or doodle over it. But again, this is not a feature that isn't present on other internet messaging services. 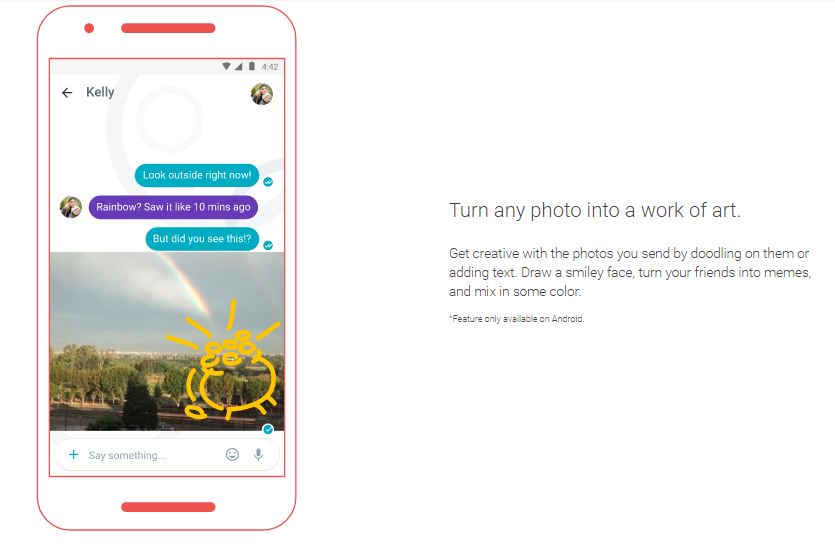 Google understands its strengths and so it combined its machine-learning capabilities and leveraged it in the form of a Google Assistant inside the Allo messaging app. Allo's Google Assistant is like a smart bot, you can ask questions, get suggestions, make it learn more about your interests and whatnot but is it enough? I'm not emphasizing on the fact the Google Allo is not a worthy chatting app, but one can always question the practicality of the feature for an average user. Moreover, the release of iOS 10 also brings the revamped iMessage platform which features more or less the same aspects. Google Allo is just a messaging app like any other, and it all narrows down to your preference.

Google Allo is a neat app with a lot of flashy features and it's just a matter of time that we hear more about the messaging platform and its utilities. The company has started to roll out its Google Allo app and if it has not released in your region, it would be best to wait. The app is available on both iOS and Android, so be sure to try it out once it's available to you.

This is it for now, folks. What do you think about Google Allo? Would be interested in shifting from WhatsApp or Messenger to Google Allo? Share your thoughts if you have any contributing factors.